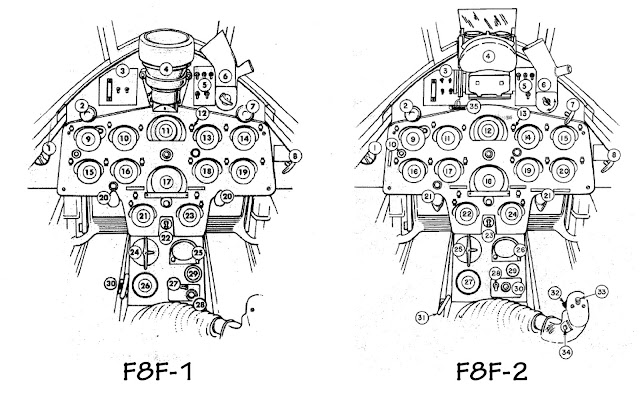 Dave Collier adds the following background:  Most of the F4U-4s that I worked on had Mk 8 Mod 6 Sight Heads. Unfortunately we had two aircraft which were equipped with the Gun Sight Mk 18 Mod 6 System which used a Sight Unit Mk 8 Mod 0 that was part of the Aircraft Fire Control system (AFCS) Mk 6 Mod 0. Because this system was still classified “Top Secret” in 1954-55 we had to post an armed guard on the planes whenever the flight line was not in operation. I did not enjoy the winter nights carrying a shotgun to protect the planes. In 1956 we received AD-5Ns which had Mk 20 Mod 4 sights. He also referred me to this interesting website: http://www.aircraft-gunsights.com/usn-sights/
Posted by Tailspin at 8:18 PM