What Color Are the Wheel Wells On a (insert airplane type)?

One of the least likely modeler questions to be answered accurately is the color of the wheel wells and the interior side of the landing gear doors on an overall-all blue carrier-based airplane. For earlier color schemes, they were usually the same as the underside. For the gray/white paint scheme, they were white.

One problem is these surfaces are almost always in shadow if they are visible at all (while this is not true of museum examples, the color—like the configuration—is not necessarily to be relied on). Another is that the paint specifications at the time were not very specific with respect to them.

From late 1944 to the introduction of the gray/white scheme, wheel wells appear to have been considered by most airplane manufacturers as "structural spaces" on which more than one coat of zinc chromate primer (yellowish) were to be applied. (There was no mention at all of the color of the interior side of landing-gear doors.) The second and subsequent coats of zinc chromate were to be tinted with black enamel and aluminum pigment paste. This resulted in a green color, which made it obvious that the second coat had been applied. A subsequent bulletin issued in August 1946 specified that the color was to be Interior Green.

Note that while the Navy's specification might have been somewhat vague in this respect, each manufacturer's production documentation was very specific and had be be approved. One example of an approved practice not delineated in the existing specification was McDonnell's painting the interior side of the landing-gear doors red. Probably the most accurate restorations are those done by the National Air and Space Museum. These are my photographs of the wheel wells of its FH-1: 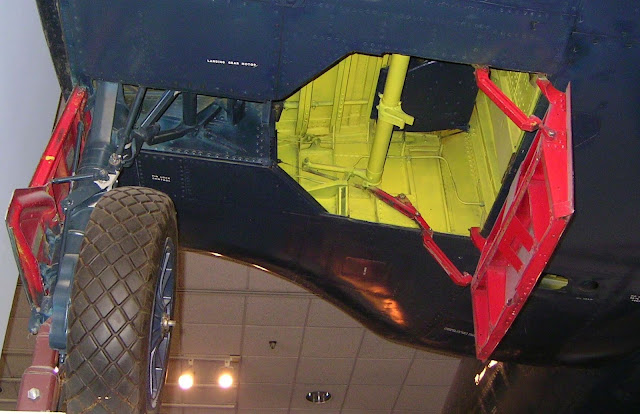 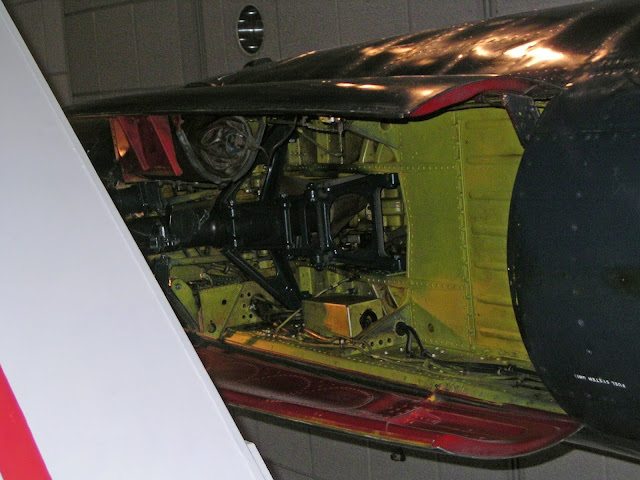 Note that the landing gear and wheels are blue. However, this FH-1 when in service had aluminum-colored landing gear.

Vought, on the other hand, delivered its F7U-1s with Interior Green on the inside of the landing-gear doors. 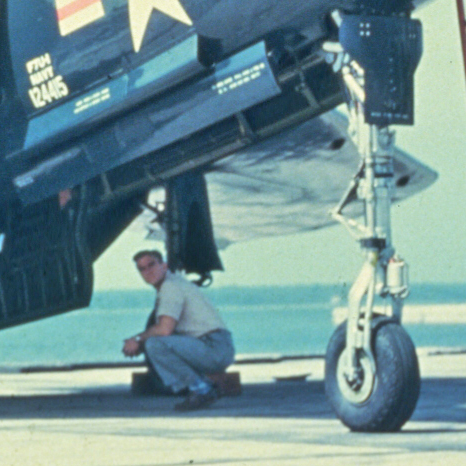 However, the answer is further complicated by the fact that Navy airplanes usually went through repair and overhaul at a Navy facility during their service life and the process documentation was not necessarily the same as the original manufacturer's or even other Navy R&O facilities. One example is the painting of wheel wells and landing gear. F2H-2s might have been delivered from McDonnell with red interiors on the gear doors and aluminum-painted landing gear: 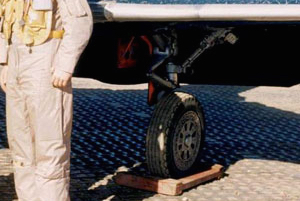 But coming out of a Navy R&O facility, they were blue.

My impression is that the overhauled airplanes had blue wheel wells in general as well.

Gray scale pictures of landing gears can also be misleading. For example, this North American FJ-1 had Interior Green landing gear since that was another local option, so to speak, at the time. 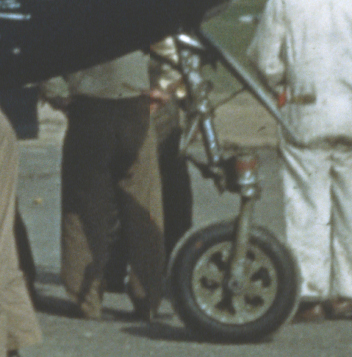 My guess is that the wheel wells and gear door interiors were also Interior Green at the time but if you Google "Newsletter Volume 23 Number 9 09-16 LISMS NL.pdf", Steve Muth's pictures of a derelict FJ-1 clearly show that at some point, the wheels wells were painted blue.

And if those examples indicated a lack of surety, note that this F3D has a blue hub on the main landing gear and an aluminum-painted one on the nose landing gear.

Note that some landing gears were painted white, which I think provided some degree of increased safety for deck crewmen working around propellers and engine inlets at night on a carrier deck.