Skale Wings is a new plastic model kit company located in Ukraine. Their first product was the AD-5W Skyraider, which I reviewed here: http://tailspintopics.blogspot.com/2016/09/skale-wings-172-douglas-ad-5w-skyraider.html

Their latest product is a 1/72 folded AD wing conversion. Folded wings are a notable feature on almost all carrier-based airplanes but the detail of the exposed joint can be daunting, not to mention the lack of support for the folded wing when rendered in scale. In fact, the wings on the aircraft are usually supported by externally installed struts after the airplanes are parked.

Since I'm not sure that I have the final instruction sheet (I made recommended changes and suggestions) or photo-etch, this is a work in progress.

This is a test-shot build from Skale Wings: 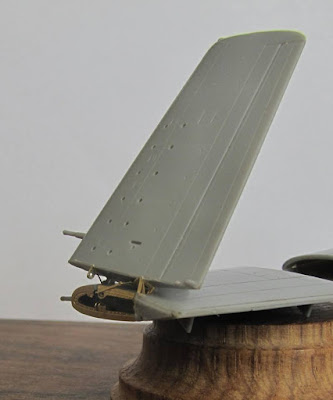 Note the amount of photo-etch in the fold joint.

As a follow-on to their AD-5W kit, the parts include a pair of canopies, one representing the original "blue room" version and the other, the one with the cabin hatches bulged as they should be for the AD-5W and AD-5Q. 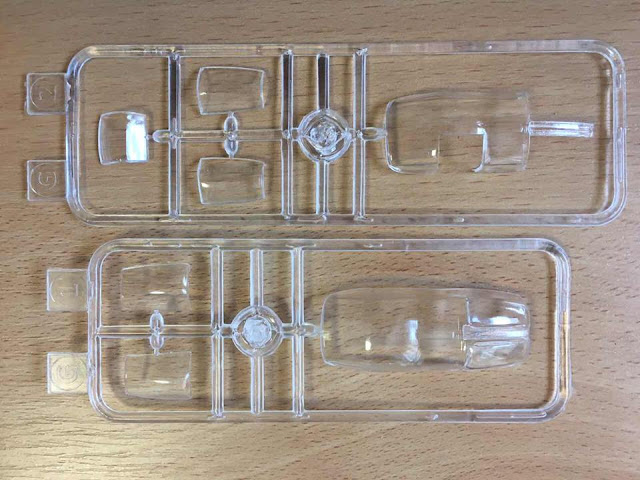 The plastic is pretty thick but parts are provided to slide the pilot's side back and open the rear hatches if desired.

Note that the pilot's canopy could be slid back independently of the one over the right seat and that the aft end of the canopy structure comes more to a point rather than being rounded. 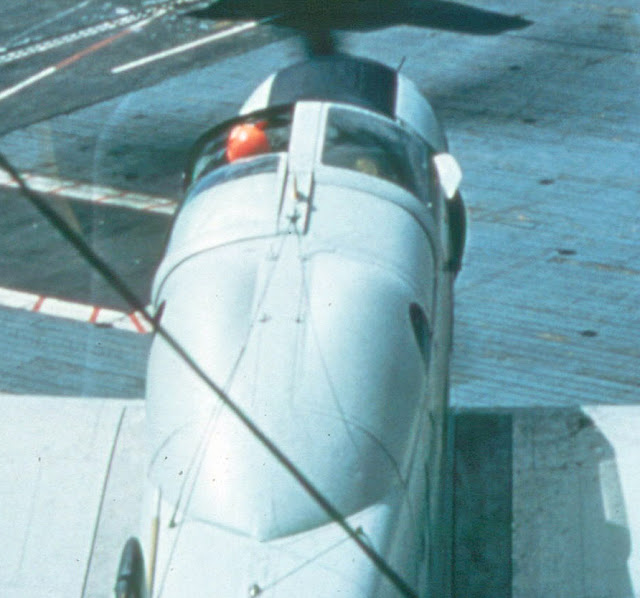 The plastic sprues and photo etch: 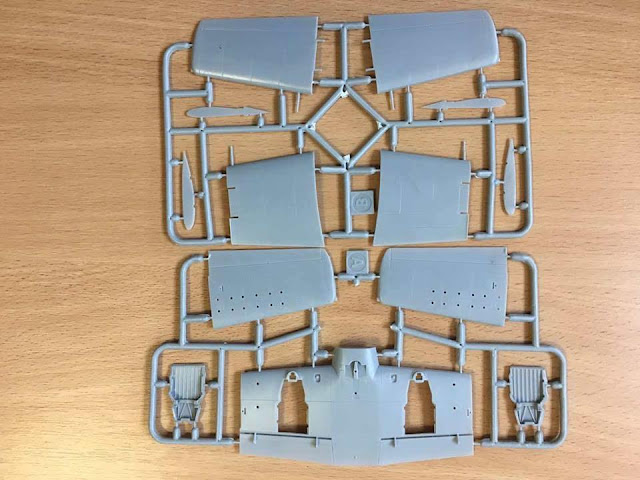 One nit is that the wing spar is not fully represented on the the wheel wells. 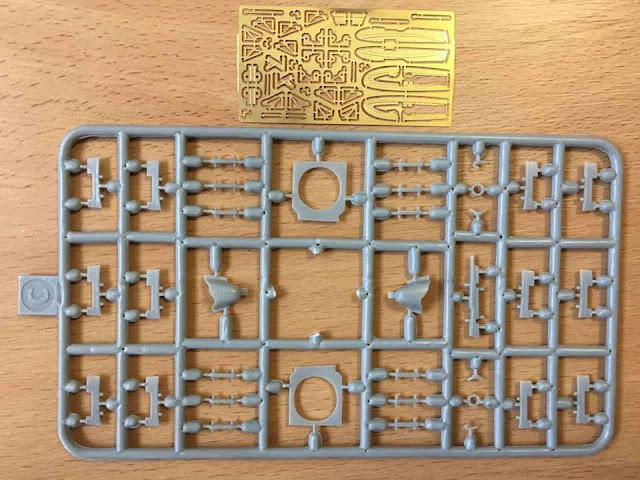 Note that separate parts are provided to represent the sway braces on the outboard wing pylons (the inboard pylons were included with the AD-5W kit).

The forward-facing main landing gear doors have a cutout for the AD-5 catapult hooks that were mounted on the main landing gear legs but they aren't quite accurate. The bulge should be narrower. See the link above for a comparison of the single-seat and AD-5 doors.

It should be noted that this conversion kit can also be used with the Hasegawa Skyraider single-seat kits to add folding wings, since it provides the details for both types of wheel wells. However, to accurately represent any of the AD-5 versions, the lower center wing part needs to be modified to eliminate the oil cooler air outlet and the catapult hooks. 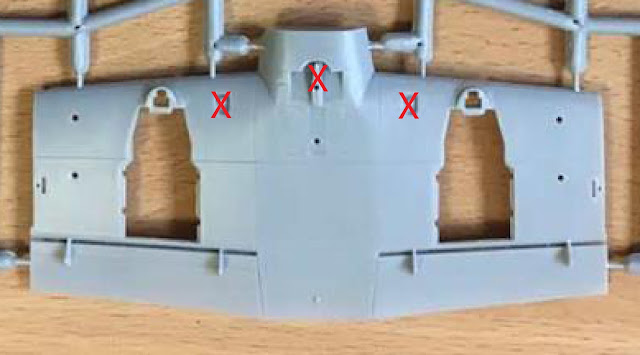 On the other hand, for a single-seat AD-4 (most of them anyway) or -6/7, you'll have to add the armor plate or cut up the Hasegawa wing for its armor-plated center section.

The folded wings will also be sturdier if you add support struts (which are not provided in the kit). This was a red, telescoping piece of ground-support equipment that was placed in holes in the fuselage and outboard wing panel. 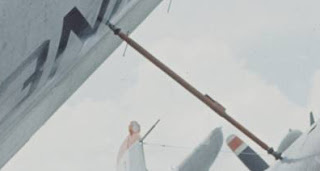 The location of the hole in the wing: 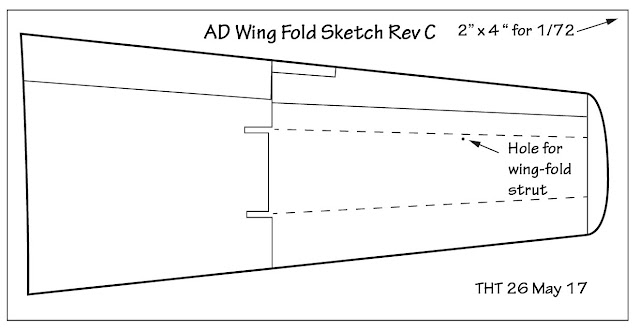 The hole in the fuselage was in different locations in the single-seat and multi-seat Skyraiders:

The AD-5  strut was therefore in place at a steeper angle.

The strut could be telescoped for compactness and was sometimes carried along on a cross-country trip for use when secure wing folding was desired where this particular piece of support equipment might not be available.

Note that since the wing was mounted at a small angle of incidence on the fuselage and the aft hinge was lower than the forward one, the wing tilted slightly back as it folded. 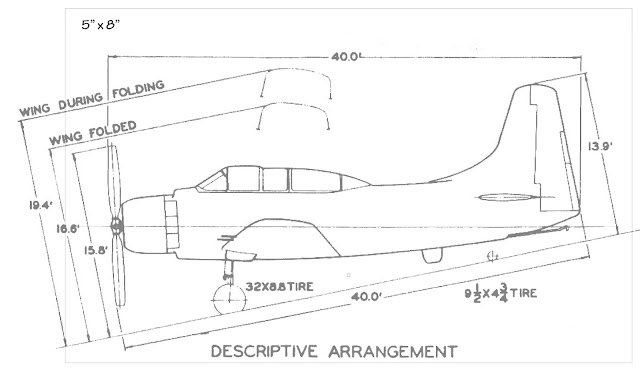 Posted by Tailspin at 5:54 PM No comments:

It's just come to my attention that some of the illustrations in my earliest F-111B post, http://tailspintopics.blogspot.com/2009/10/grumman-f-111b.html, were not accessible by clicking on them. That would enable you to view them in a larger size and save them if you wish, which is what I intended. Those are all fixed now. Let me know if this occurs on any other post so I can fix them. Also, please let me know if you come across "broken" links. Those are inevitable but I'd like to delete them or find a substitute if I can.
Posted by Tailspin at 11:34 AM No comments: