One of my earliest posts was a recycled but expanded article from my old IPMS Update column, Tailhook Topics: http://tailspintopics.blogspot.com/2009/12/widebody-skyraider.html

Some other significant differences between the narrow and wide-body Skyraiders are provided here:
https://tailspintopics.blogspot.com/2016/09/skale-wings-172-douglas-ad-5w-skyraider.html 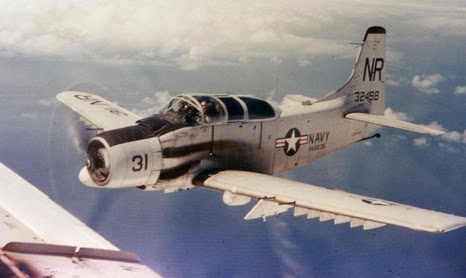 Heretofore, I had assumed that the AD-5 was created using the basic structure of the single-seat Skyraider from the firewall forward and the lower half of the airframe, including the wing and horizontal tail. 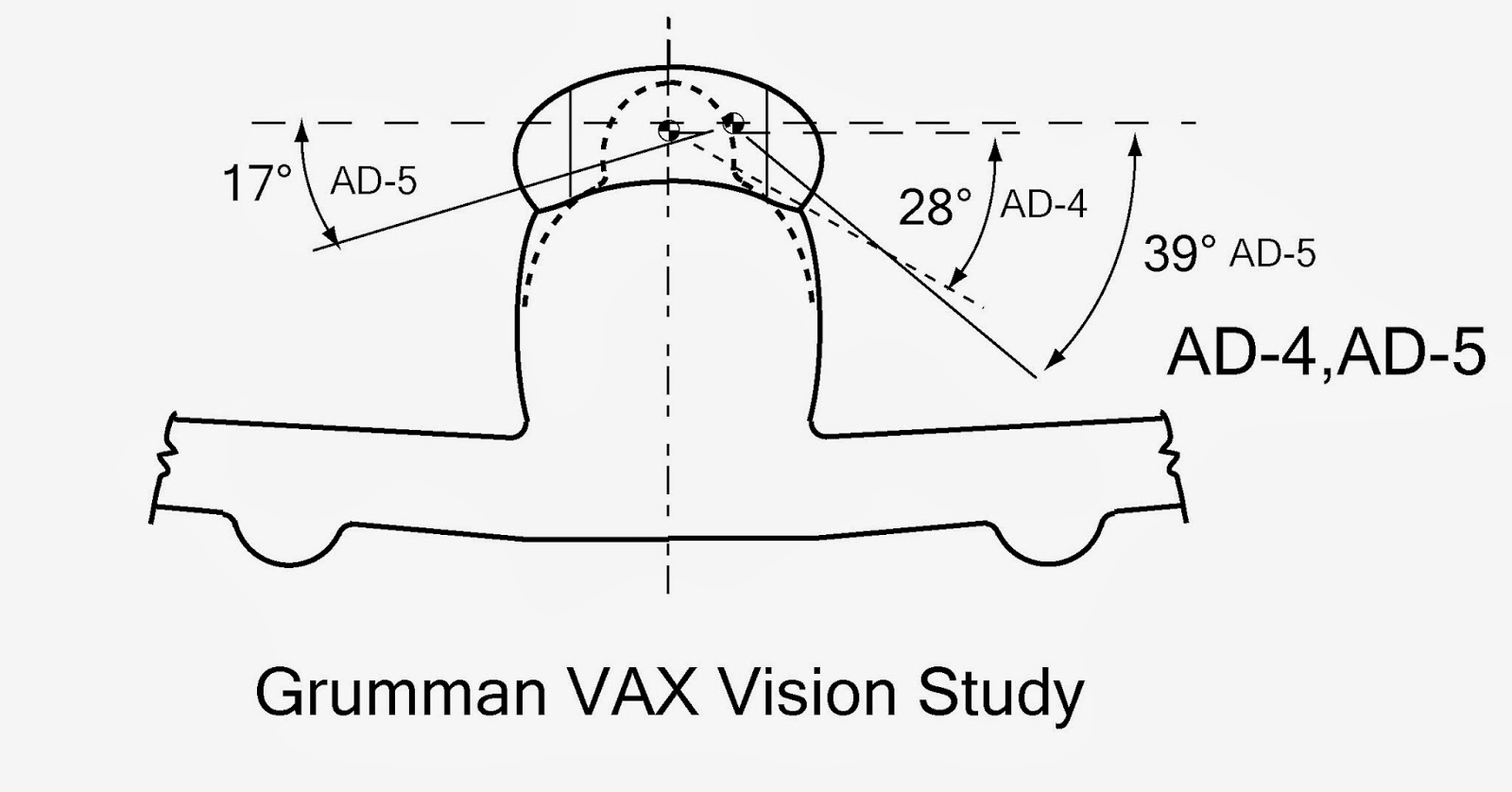 I hadn't been able to reconcile the  Fuselage Station 0 points shown on Douglas single-seat and wide-body Skyraider desktop model drawings, but I assumed that one of the draftsmen had made a mistake. I was therefore surprised when my go-to Skyraider guy, Ed Barthelmes, sent me an AD-5 fuselage station drawing to find that the engine installation and cockpit had clearly been moved forward somewhat and the horizontal tails didn't line up exactly. 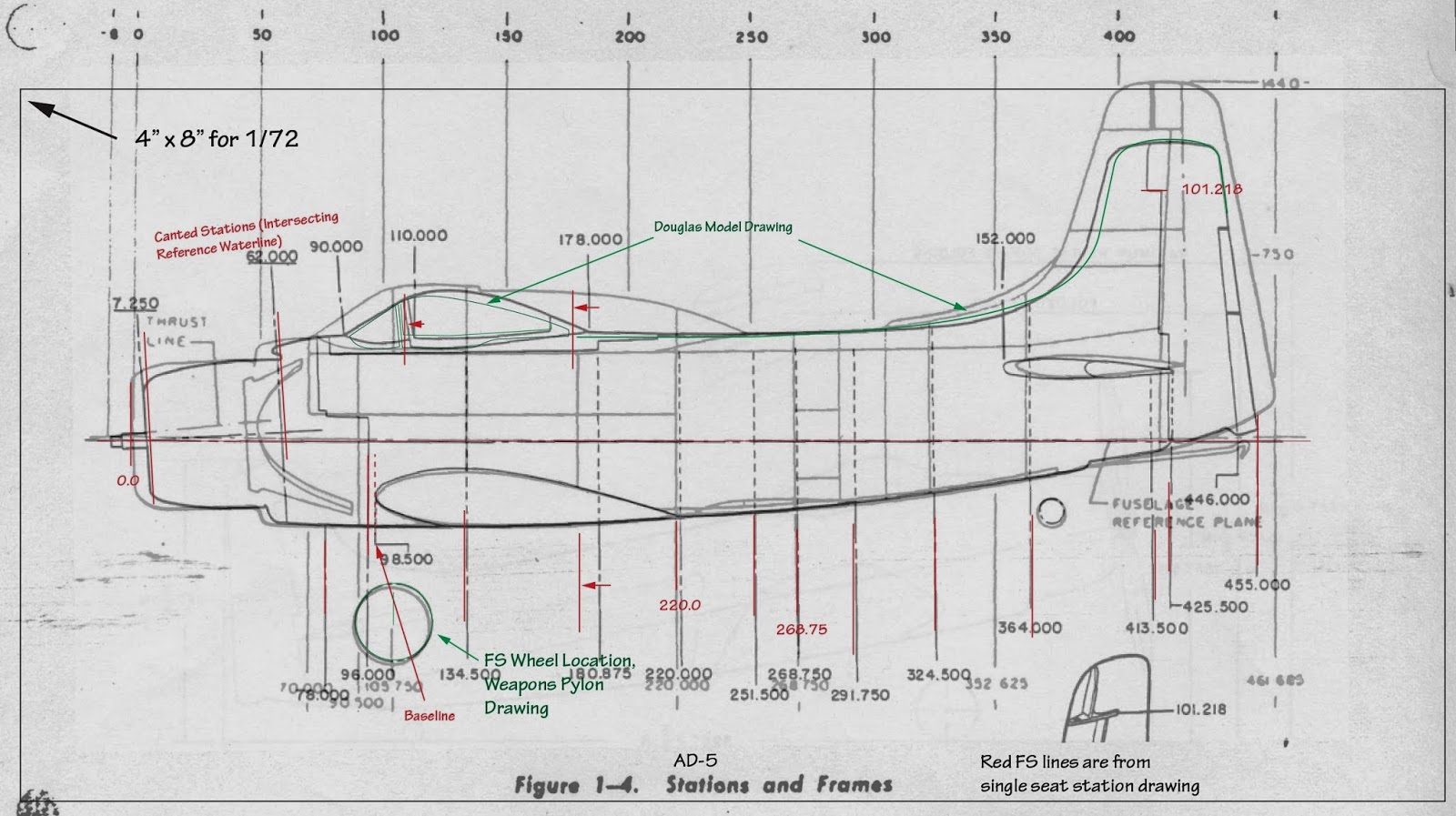 The engine was probably moved forward to offset the weight of the larger vertical fin and rudder. You'll note in the original Widebody post that the two inboard stores pylons were also reconfigured between the AD-4 and -5, apparently for a more forward center of gravity when bombs were loaded on them.

If you bother to examine the illustration closely, you'll note that there are several small discrepancies between the location of some of fuselage stations, the outline of the single-seat canopy and vertical fin, etc. Draftsmen in the early 1950s didn't not have the benefit of computer drawing programs and frankly, precision in these particular drawings was not important. They were reference, not build-to, documents. I therefore can't be sure that there was in fact a stabilizer-location difference

Since one of the more significant change was the shift forward of the engine, I have redrawn the basic firewall changes to depict the exact locations of the major changes. Note that the shapes of the cowling are not exact since I didn't have good lines drawings to use. 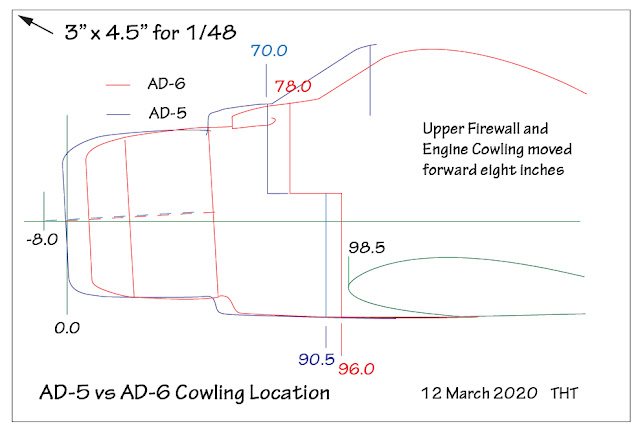 Posted by Tailspin at 6:42 AM No comments: 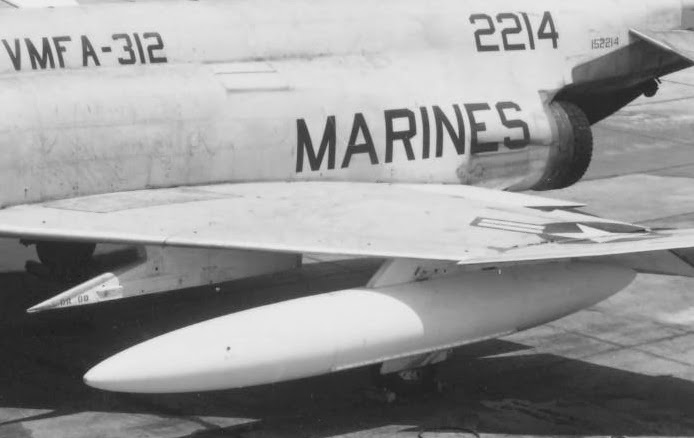 Note that the tank under the left wing appears to have a shorter cylindrical section and flange than the Sargent Fletcher tank; it is likely that this is the relatively rarely photographed Royal Jet tank. (The one under the right wing is the tank that was furnished by McAir.)
Posted by Tailspin at 1:21 PM 9 comments:

The Skywarrior is a big model, particularly in 1/48 scale. Some may want to build it with the tail folded as well as the wings, in which case the jury strut that was installed when the fin was folded would be recommended. For an illustration of it and the fold joint, see http://tailhooktopics.blogspot.com/2014/02/a3da-3-skywarrior-vertical-fin-fold.html
Posted by Tailspin at 7:47 AM No comments: