Derek Olson sent me this picture of his excellent 1/72 F6U model created from the Admiral kit. More on the Admiral kit and the F6U can be found here: http://tailhooktopics.blogspot.com/2012/03/f6u-variations.html

Some F6U trivia here: http://tailhooktopics.blogspot.com/2016/12/vought-f6u-pirate-trivia.html
Posted by Tailspin at 4:32 PM No comments:

It would appear that several people have been looking for an update to the draft Spey-Powered Phantom post based on a comment I made recently elsewhere; I finally got around to doing it. See: http://tailhooktopics.blogspot.com/2012/05/spey-powered-phantom-changes.html
Posted by Tailspin at 2:16 PM No comments:

I'm probably not going to get around to consolidating my Phantom posts from three different blogs but it's not too hard to create an updated index for them. The most recent is from today (and I've already revised it three times) on U.S. Navy Aircraft History: http://thanlont.blogspot.com/2013/03/f4h-1-f4h-1f-f-4a.html

It provides a summary of the F-4A versus F-4B designation change history (in brief, the designation change was related to the change to an uprated J79 engine, not because of the raised canopy as some think) along with an illustration of the differences between the F-4A and F-4B production inlets. 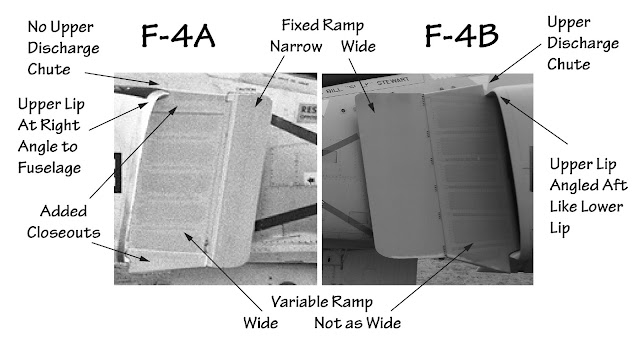 While I was visiting the Quonset Air Museum the other day with Larry Webster, I was able to confirm that the F-4B fixed ramp extends about an inch farther forward that the F-4A fixed ramp, since there are examples of both airframes there. I had guessed that to be the case from photographs, based on the relative closeness of the forward edge of the ramps to the access doors and the lower-right kick-in step. (That, of course, is insignificant in 1/72 scale and I doubt that even 1/32 kits are accurate to within an inch.)

There are several other mentions of the F4H/F-4 on that blog that you can find by typing F4H into the search box on the upper left-hand side of the web page.

The first configuration summary for the early Phantoms is here: http://tailspintopics.blogspot.com/2009/11/early-phantom-iis.html

I followed that up here: http://tailspintopics.blogspot.com/2011/05/early-phantom-iis-redux.html

This is a summary description of the major differences between the F-4A and F-4S: http://tailspintopics.blogspot.com/2012/12/you-cant-tell-phantoms-without-score.html

This post was focused on the stabilator changes over time: http://tailspintopics.blogspot.com/2011/09/f-4-flapstabilizer-change.html

And this one, on the difference between the small and large radomes: http://tailspintopics.blogspot.com/2012/11/f4h-1-large-and-small-radomes.html

This post provided some pictures of the original canopy and was subsequently updated with an illustration of the inlet development history: http://tailhooktopics.blogspot.com/2013/02/f4h-1-flush-canopy.html

Really diving deep, here is an illustrated description of the early RAT: http://tailhooktopics.blogspot.com/2012/12/early-f4h-rat.html

Note that I revisit these posts from time to time and discover reasons to revise them with changes, corrections, and updates. I'm also in the process of refining some of my illustrations of the early F4H changes, so stay tuned.
Posted by Tailspin at 9:07 AM No comments:

After reviewing the specs and looking closely at pictures of early Navy carrier-based jets, I decided to revisit my Corogard post, here http://tailspintopics.blogspot.com/2012/01/corogard.html. It would appear that the leading edges of most, if not all, of the early blue jets were not painted with Corogard, per se, but clear coated. (I'm pretty sure that some sort of corrosion resistance was required.)
Posted by Tailspin at 1:31 PM No comments:

For modelers who want to add a Mk 84 bomb to their Crusader pylons, here is a pretty good depiction of the size and orientation of the pylon/bomb: 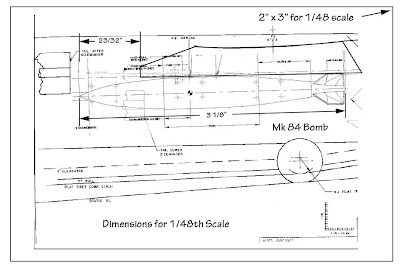 Also note that the pylon is angled slightly outboard: 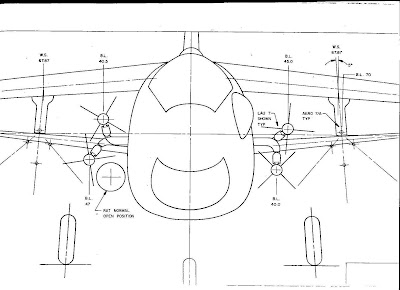 Posted by Tailspin at 8:19 AM No comments: 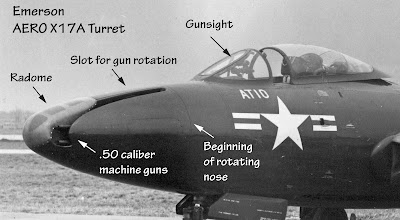 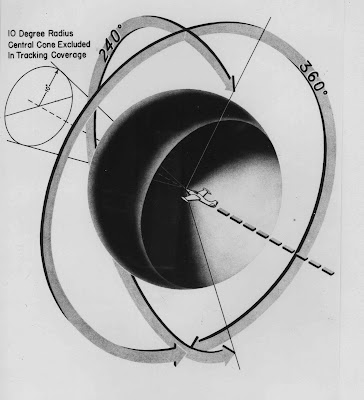 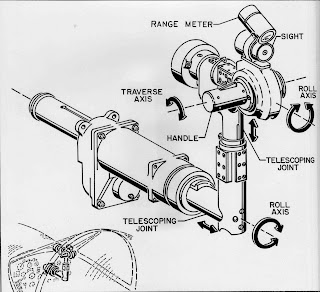 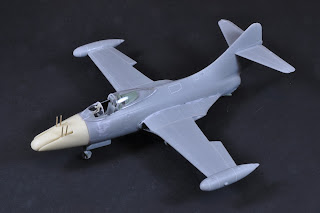 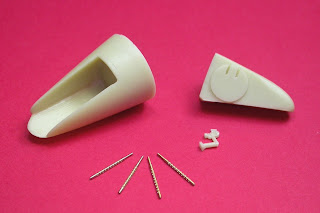 Posted by Tailspin at 4:14 PM No comments:

I've posted quite a bit on the Scooter, in addition to writing a book about its development and usage history, but it's sort of an Easter egg hunt to find it all. Herewith a summary (I may have missed a few;  to check for more, just type A4D, A-4, or Skyhawk into the search blog on the upper left hand corner of the page):

Width of fuselage and size of horizontal tail: http://tailspintopics.blogspot.com/2016/08/a4d-skyhawk-one-more-time.html

There are a few more posts with Skyhawk stuff in my U.S. Navy Aircraft History blog: http://thanlont.blogspot.com/. Just type A4D, A-4, or Skyhawk into the search blog on the upper left hand corner of the page.