The F9F-2 Panther length is frequently (including on the National Naval Aviation Museum website) as 37' 6" (sometimes 37' 5 3/8"). That's almost certainly based on the original XF9F-2 SAC (Standard Aircraft Characteristics) chart as shown above.

Note that this is exactly the same drawing. Only the overall length dimension with the nose cone closed has changed.

If it had been redrawn, the outline would have looked more like this Grumman dimensioned drawing.

The length change appears to have been limited to the vertical fin and extreme aft fuselage. I wouldn't spend too much time worrying about the slightly different wheel locations; in any event, I don't have enough data to establish which is correct. The original SAC drawing may be incorrect with respect to the location of aft end of the fuselage surrounding the tailpipe. It appears that on the XF9F-2 prototypes, it is farther aft, consistent with the production F9F-2's.

Close examination of XF9F-2s indicates that most if not all of the length change was the result of substituting a rudder of increased chord. 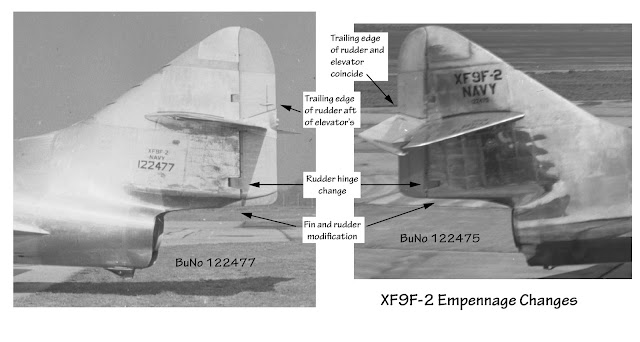 Note that the bottom of the production fin and rudder was different from BuNo 122477's , mainly by eliminating the narrow extension downward of the rudder and a triangular bit of the bottom of the fin immediately ahead of it. 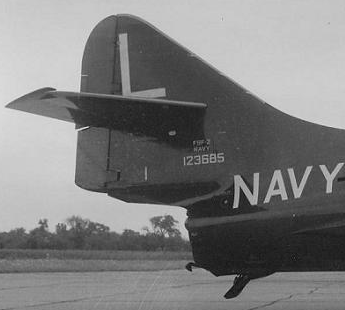 Another view of the bottom of the production fin: 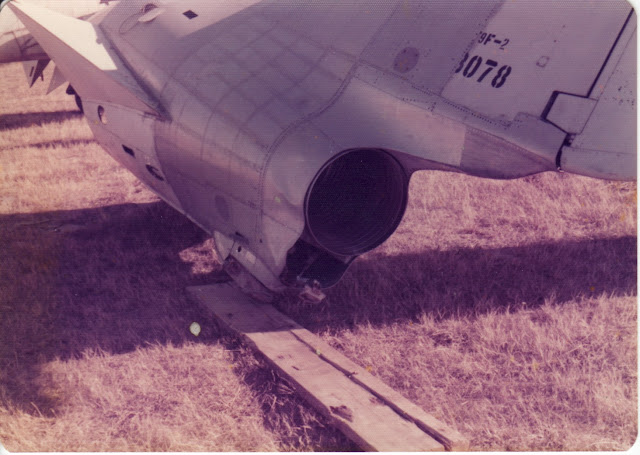