The Kaman Aircraft Corporation won a Navy competition in 1956 for a small, high-speed, all-weather utility helicopter. It was designated the HU2K but by the time it entered service it had been redesignated the HU-2. Kaman produced a total of 190 of UH-2As and-2Bs.* The only difference between the A and B was navigation avionics, the lack of a full suite in the UH-2B meant that it was restricted to VFR (Visual Flight Rules) only. Externally, they were identical: single engine, four-bladed main rotor, three-bladed tail rotor, and retractable main landing gear. 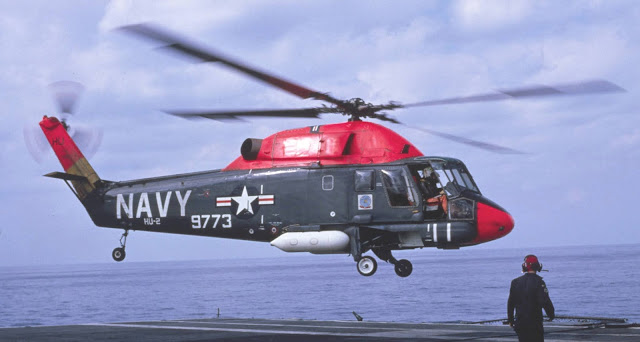 The following were the Bureau Numbers: 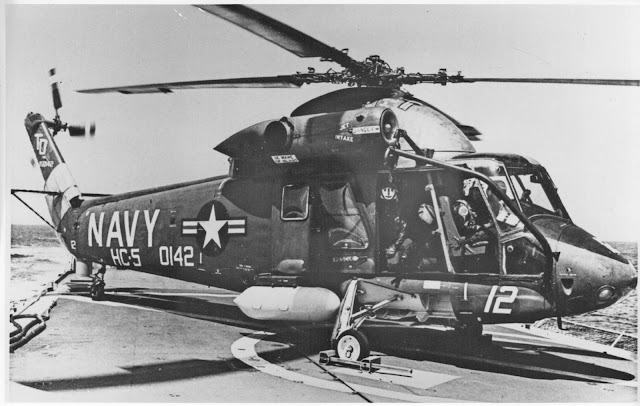 There were 57 conversions from A/Bs. Note that the rescue hoist is no longer retractable and there is a boom that swung out to put the rescue collar in the pilot's field of view. It has a wider vertical fin below the arc of the tail rotor with an airfoil shape providing a yawing moment to the left in forward flight.

Six A/Bs were modified to the twin-engine HH-2C. 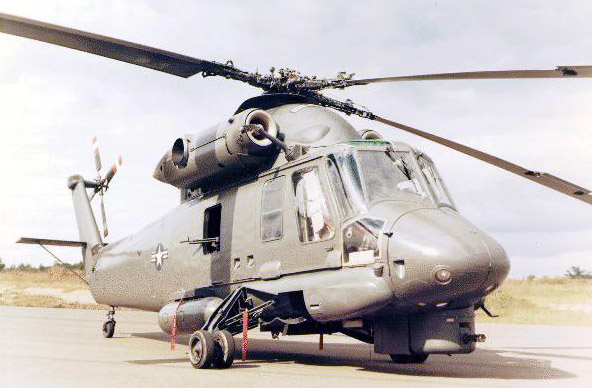 These were armed and armored for combat rescue. A four-bladed tail rotor was required and the heavier gross weight necessitated a dual-wheel main landing gear. The bubble fairing above the rescue hoist allowed for a reel with 200 feet of cable. However, even with uprated engines, these were underpowered for the hot, high conditions in southeast Asia.

The somewhat misdesignated HH-2D addressed the hover-performance issue by deleting the armor and armament. A total of 67 conversions were accomplished to what was really a UH mission capability. 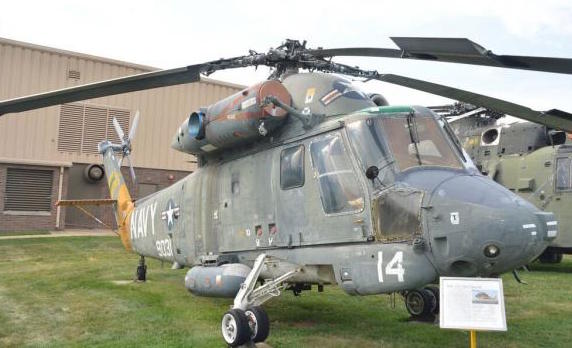 This example is on display at the American Helicopter Museum (https://americanhelicopter.museum/) at the Brandywine Municipal Airport in West Chester, Pennsylvania.

The need for ASW (Anti-Submarine Warfare) helicopters that could be deployed from small non-aviation ships and capable of seeking out and destroying submarines resulted in the next variant, the SH-2D that resulted in 24 conversions; the four-bladed tail rotor and dual-wheel main landing gear of the HH-2C were utilized:

The added mission equipment included a surface-search radar under the forward fuselage, a Magnetic Anomaly Detection "bird" that was deployed from a outrigger on the right side of the fuselage, a sonobouy launcher on the left side of the cabin, and a smoke bomb dispenser for marking the location of MAD contacts. It could be armed with up to two homing torpedoes but each displaced an external fuel tank.

There were two YSH-2Es, conversions from BuNos 149033 and 150181. these were configured with other ASW avionics for evaluation.

Both were eventually converted to be SH-2Fs.

The SH-2Fs were initially conversions of a total of 104 of the original 190 UH-2A/Bs. They were powered by uprated T58s. Other modifications included strengthened landing gear and a new rotor hub, neither of which is notable externally. However, the tail landing gear was moved forward to provide more clearance from the deck edge, making it easy to identify this variant. 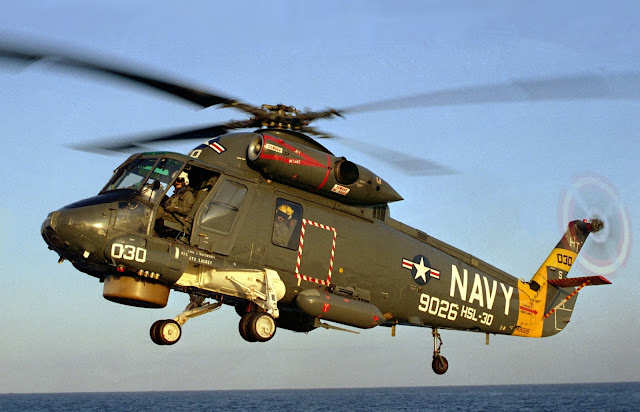 In 1986, SH-2Fs equipped with FLIR (Forward-Looking Infrared) systems and other non-ASW mission equipment began to be deployed into the Persian Gulf for night and mine-detection missions; they were also equipped with missile-defense systems. 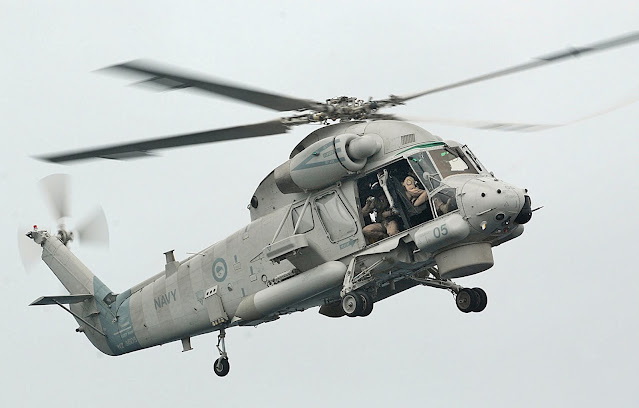 Gs were also operated by Australia (briefly and unhappily), Peru, Egypt, and Poland.

A Paul Boyer summary of the kit in the October 2020 issue of Fine Scale Modeler: