2 September 2020: The white store under the right wing is an AN/APS-4 radar. See https://tailspintopics.blogspot.com/2014/11/things-under-wings-anaps-4.html

Sword Models (https://www.facebook.com/swordmodels/) has just released three 1/72 scale kits of postwar TBMs (for a summary of all the U.S. Navy variants and a guideline for the presence of an internal or external tailhook, see https://thanlont.blogspot.com/2015/07/post-war-eastern-tbm-variants.html):

The TBM-3R was the first real COD (Carrier Onboard Delivery) in the U.S. Navy. For more, see https://tailhooktopics.blogspot.com/2013/01/tbm-3r-cod.html

One of the significant differences among these versions is the various canopy iterations from the standard one with a prominent machine gun turret. As a result, the TBM-3R kit makes it easy to create a fourth and very colorful variant, the TBM-3U.

The U for Utility TBM was a modification of existing one involving the removal of all offensive and defensive equipment and addition of a target-tow capability. The canopy was basically identical to one of the TBM-3R variants.

This is a notional inboard profile: 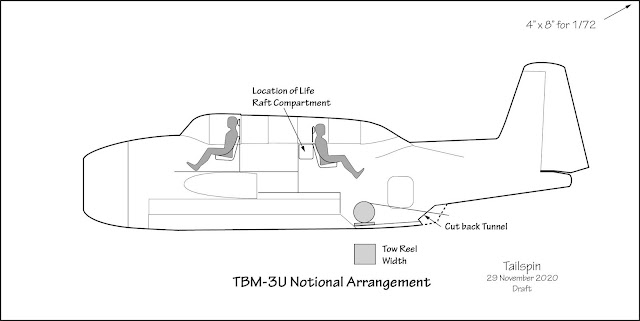 Note that the tow reel might be mounted higher to fit within the width of the lower fuselage at that point. The circular structure on which the turret was mounted would probably still be present.

The tail hook might be internal or external depending on the TBM used for the conversion or removed entirely.

External (note the cutback of the lower gun tunnel)

This is probably a TBM-3J (note that it still has a rear turret) with the external tailhook removed:

The tow reel might look something like this, less the structure aft of the reel (this is the pod-mounted AD Skyraider tow mechanism): 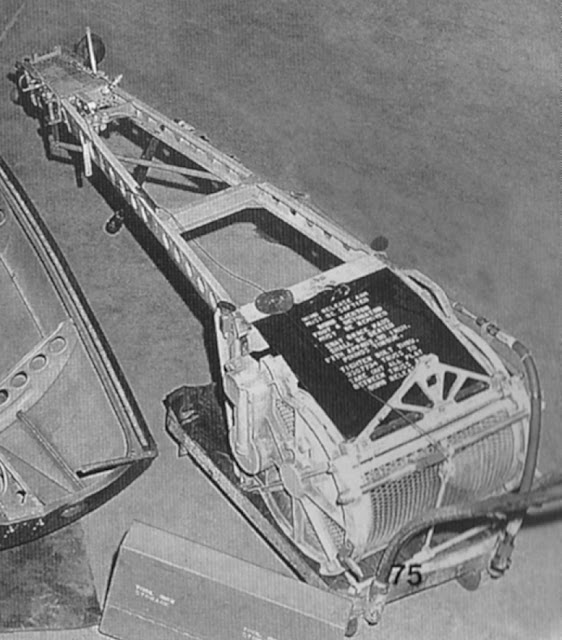