I provided the configuration of the A-1 Skyraider of the Toilet Bomb caper during the Vietnam War here: http://tailspintopics.blogspot.com/2013/04/things-under-wings-va-25-1-skyraider.html.

Here are details and clarification behind the Kitchen Sink equivalent during the Korean War. For movie coverage, see http://www.buyoutfootage.com/pages/titles/pd_dc_500.php#.WuTAysgh1-U. Also see https://www.youtube.com/watch?v=Sbn3pFijsHM

There is some confusion about the size of the bomb and the rest of the ordnance carried. It was a 500-lb bomb according to my go-to guy for ordnance, Jim Rotramel, not 1,000-lb as in some reports. Based on the referenced movie footage, it was loaded with two other 500-lb bombs on the wing pylons and on the most outboard pylon on the right wing, a strike camera pod. 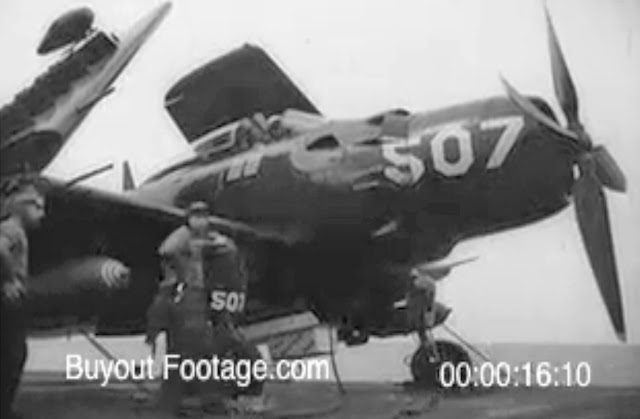 Note that the side number is 507. One mention of this mission has it also carrying Mk 54 "depth bombs", probably because the bomb was also pictured under 502, which was loaded with Mk 54s at the time. 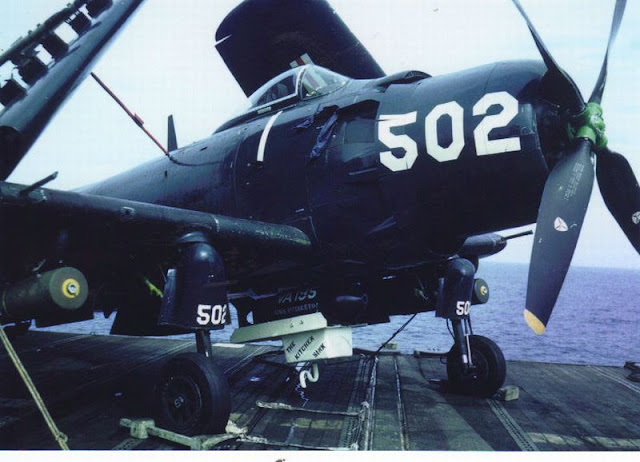 The bomb was almost certainly painted a nonstandard gloss black although it appears in some photos to possibly be dark blue like the airplane. However, this very contrasty picture of yet another AD, 511, loaded with it strongly suggests that gloss black was the color. 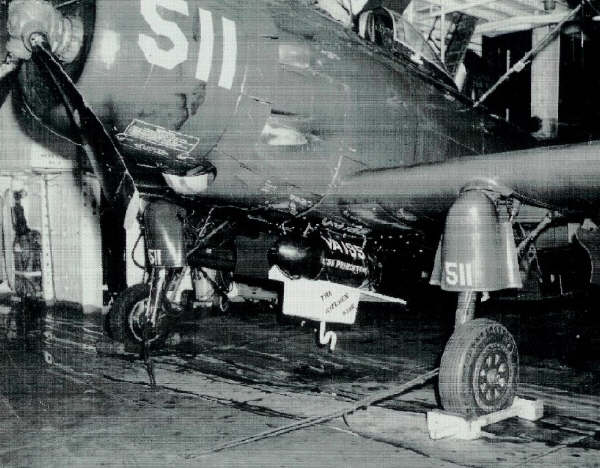 A view from the right side when displayed on 502 (no fuse fitted in the nose). 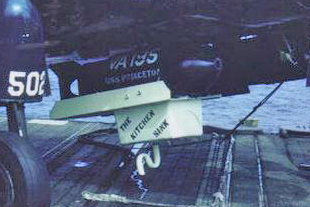 A view from the left side of 507 with pilot LTJG Carl B. Austin. 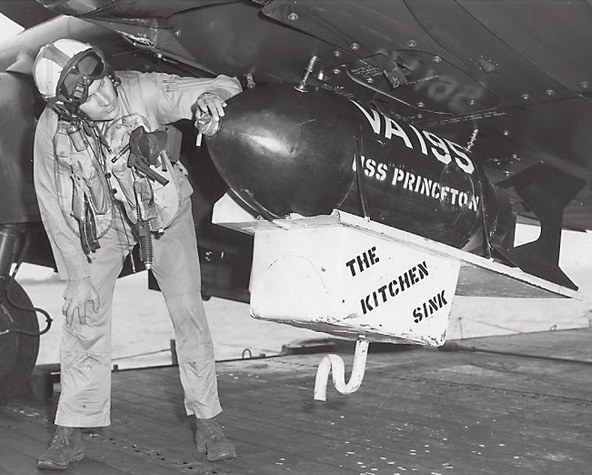 The airplane was an AD-4 with the armor kit installed. These Skyraiders had a flush center-line rack/shackle (see http://tailhooktopics.blogspot.com/2015/07/douglas-ad-1-skyraider-pylons.html) so the bomb was snugged up against the belly with separate sway braces. The sink was strapped to the bomb (see the movie footage).

Unfortunately, I don't know the BuNo for 507.

The strike was from Princeton (CV-37) on 25 August 1952. The kitchen sink was reportedly dropped on Pyongyang.