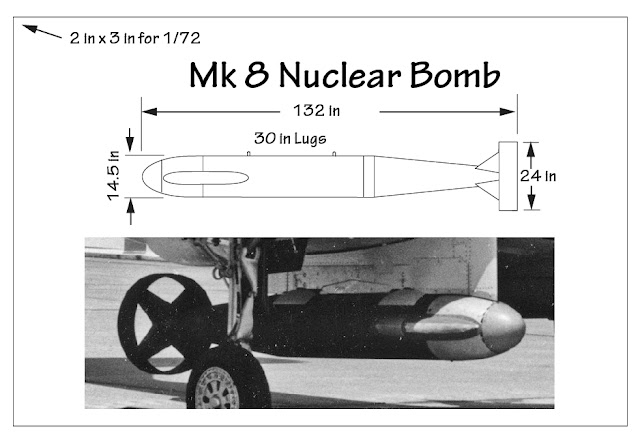 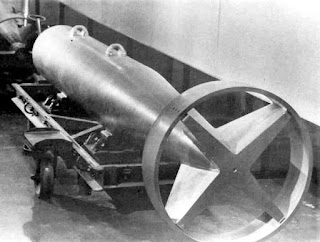 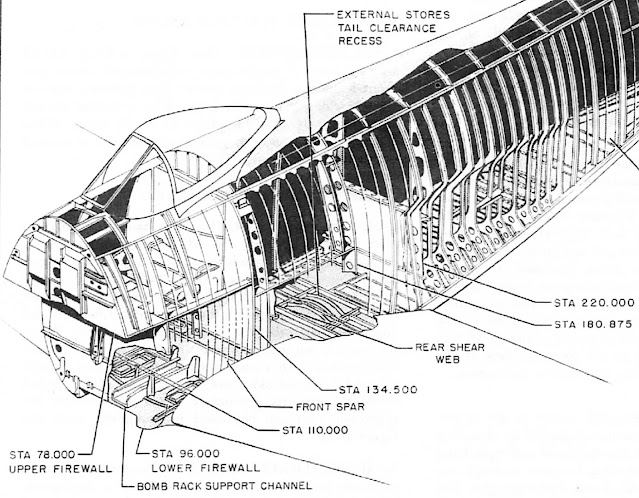 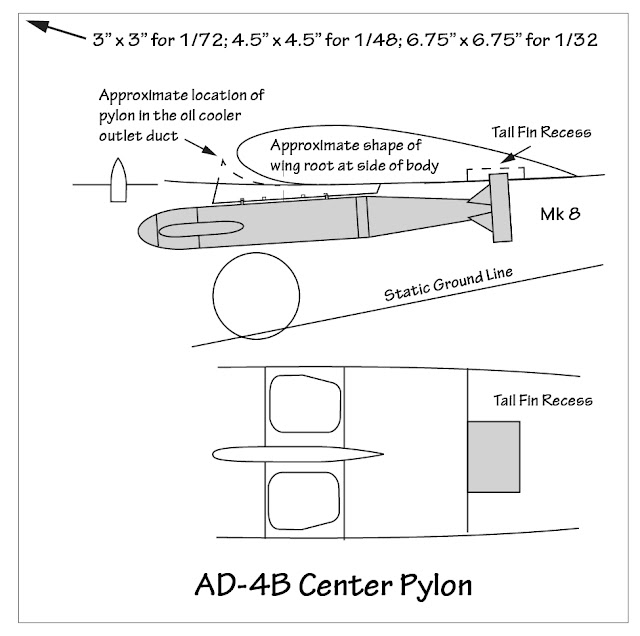 Posted by Tailspin at 8:59 PM No comments:

I've done a few posts on the AD-4W, the Airborne Early Warning Skyraider:

I've also recommended three softcover monographs on the Skyraider with material of interest to the scale modeler: https://tailspintopics.blogspot.com/2011/10/ad-skyraider-modeling-notes.html

This is a summary of AD-4 variants (other than the AD-4W and one or two others that were not produced in quantity) and associated Bureau Numbers:

AD-4L: Winterized with deice boots on wing and empennage leading edge and propeller and windshield anti-icing

Skyraider kits other than AD-5 and AD-4W almost all represent the AD-6. The most notable difference between the late AD-4 and the AD-6—other than antennas and similar small details—were the stores pylons. This post illustrates the pylon differences: https://tailhooktopics.blogspot.com/2015/07/douglas-ad-1-skyraider-pylons.html

Another example of the flush AD-4 center-line store rack is provided here: https://tailspintopics.blogspot.com/2018/04/things-under-wings-va-195-kitchen-sink.html

The AD-4 configuration also changed during its production run. Most of the improvements were retrofitted to delivered airplanes as well. The two most significant were the addition of another 20 mm cannon in each outer wing panels just outboard of the fold join and "armor". For the latter, see https://tailspintopics.blogspot.com/2013/07/ad-armor-all.html. Others included the exhaust glare shield addition, static-pressure source location, antenna changes, and wing-tip navigation light location.

The AD-4 also predated the development of the Douglas high-speed fuel tanks. Some examples of these post-WW II fuel tanks are illustrated here: https://tailspintopics.blogspot.com/2016/09/things-under-wings-post-war-external.html

Even the single-seat AD-4 had provisions for radar. Some of the different types of radar pods that it and the multi-seat AD-4 attack variants could carry are illustrated here: https://tailspintopics.blogspot.com/2012/11/things-under-wings-radar.html