The Navy was unhappy with the F-111B's tip-back angle. In other words, the main landing gear was too close to the airplane's center of gravity with the wings swept back, so if the brakes were applied while the airplane was being pushed back into a parking spot, the momentum would cause the airplane to tip back. This might also result from the roll of the carrier. And there were dire consequences: it might result in the airplane and brake rider being lost over the side if the tail skid was past the deck edge.

One early solution was a moment-carrying tow bar to move the cg forward. It was evaluated but determined to be inadequate, not to mention awkward to handle. 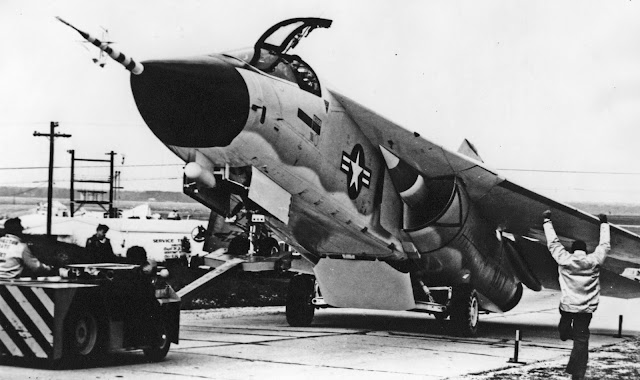 The decision for F-111B production was to move the wheels eight-inches farther aft. 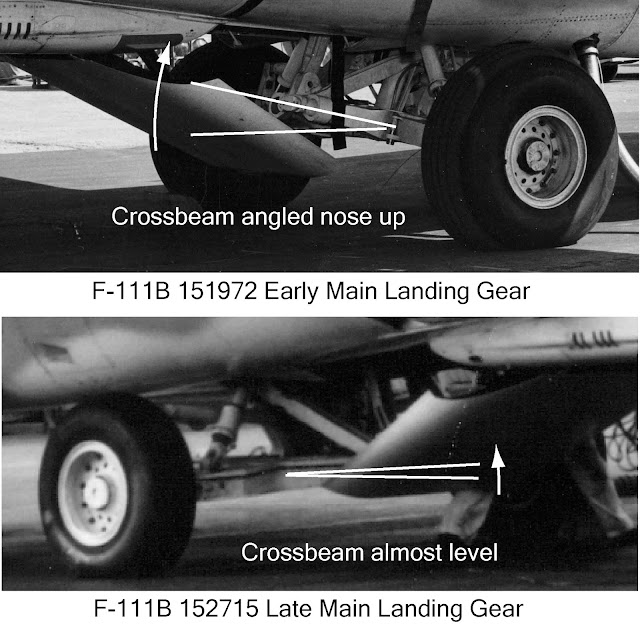 The landing gear was definitely rotated more around the retraction pivot point, moving the wheels aft. However, a rough layout indicated that the shift aft was almost certainly less than eight inches.

Steven Hyre recently posted some F-111B illustrations on his Facebook page, The F-111 Historical Association, that were new to me. One of them was for ECP 1000 and revealed the planned change: 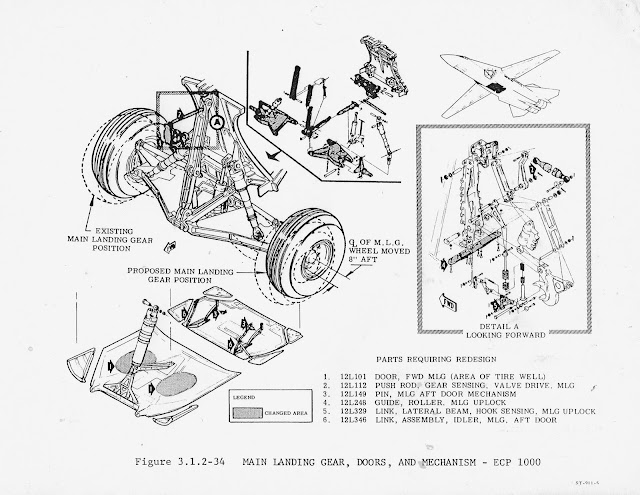 On close inspection of the dashed lines, you'll see that the landing-gear crossbeam has been redesigned to move the axle aft by eight inches. Like the raised cockpit, this was a production change that was not present on 152714 or 715.