The Navy contracted for the incorporation of the Stanley Aviation Corporation Yankee seat in at least two squadrons of its AD (A-1) single-seat Skyraiders. This was an extraction system as opposed to an ejection seat. In the event that the airplane needed to be jettisoned, the pilot was pulled out of his seat by a cable attached to a rocket as opposed to riding a seat that was propelled by a rocket (originally an explosive charge) out of the airplane. For more on the Stanley seat, see http://tailspintopics.blogspot.com/2011/10/yankee-tractor-rocket-escape-system.html.

The original AD seat and the one incorporating the extraction system were similar in appearance but very different in detail. The most obvious indication of the Stanley seat is the presence of a tube (the rocket) added to the right side of the existing canopy actuation mechanism that was usually concealed under a canvas cover (I'm not sure why but I suspected that it was prone to leaking). 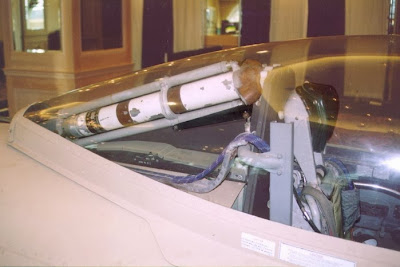 The armor plate behind the pilot's headrest appears to have been unchanged but the head rest was now mounted to the seat structure, which included two U-shaped channels on each side of the seat. 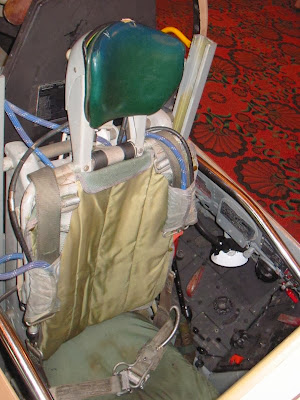 An extraction initiation handle was located at the front side of the seat cushion. 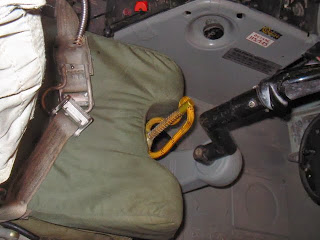 The headrest of the original seat was narrower, with its forward surface bowed outward vertically, and mounted to the armor plate. The seat consisted of a back and a bucket. (Note that the canopy actuation mechanism is not shown in the following illustration and that there would almost always be cushions/parachute in the seat.) 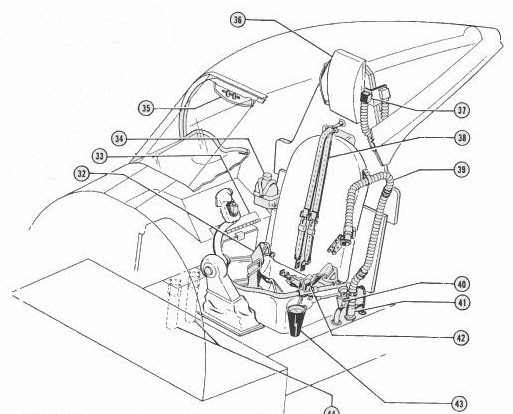 There was, of course, no extraction handle.

This is the comparable illustration for the Yankee seat. (Note that the control column is not shown.) 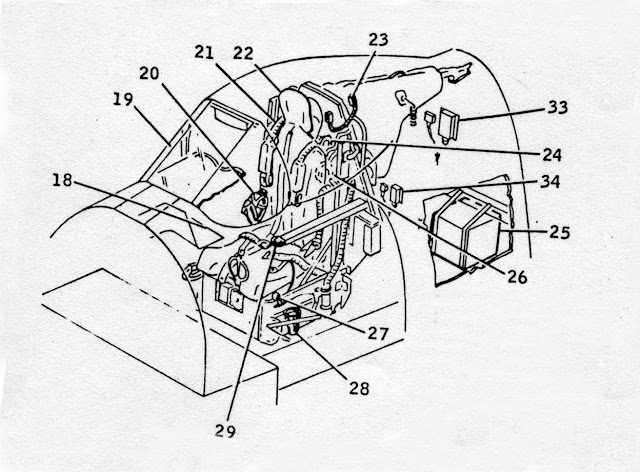 The Air Force modified both its single-seat and wide-body Skyraiders with the extraction system.
Posted by Tailspin at 11:57 AM 1 comment: