I prefer to write about the also-ran, unappreciated, much-maligned aircraft that were not flown by operational squadrons. Few publishers would consider even a paperback monograph on one of those little-known (in most cases for pretty good reasons) programs. Steve has been willing to front the printing of a monograph on whatever esoteric loser I am interested in writing about, which has sometimes been a loser from his standpoint as well. (You would do us both a favor if you'd order my excellent—don't just take my word for it; see the review on Amazon—monograph on the XFL-1 Airabonita, http://www.ginterbooks.com/NAVAL/NF81.htm from him. He has plenty.)

He did finally sell all of my F-111B monographs that he printed, mainly because that was almost 20 years ago. You'll see that he doesn't include it on his website. 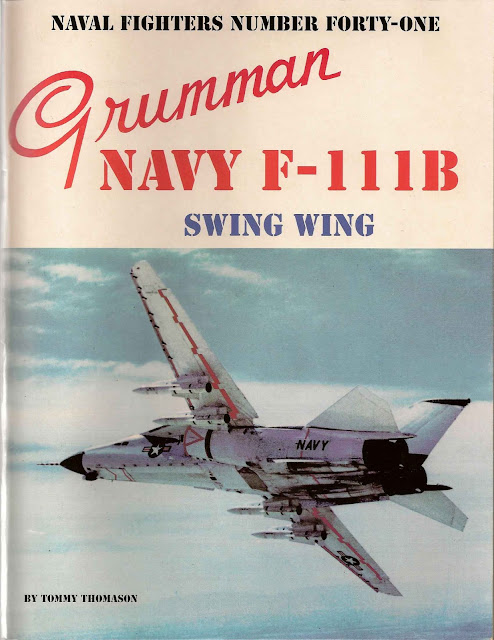 However, it is for sale on Amazon. Unfortunately, some of what is being sold is not one of the originals but a "print-on-demand" version. I haven't seen one but I've been told that that at least some are not very good reproductions, indifferently reproduced on low-quality paper. There is now a review on Amazon to that effect. A known purveyor of them has graciously agreed to stop at my request, but I'm not sure that was the only supplier and of course there are the extant copies.

What to do? I have no control over what's out there and legal action would be a waste of time and money. I can only suggest that you ensure that what you're buying is an original, unless of course you don't need good quality pictures.

For a limited time, you can also buy the monograph directly from me, which will include a multi-page errata document that corrects and augments information in it. For a quote, email me at tommythomason@sbcglobal.net.