Mads Bangsø asked for information on the FJ-4 and FJ-4B pylons. I knew the subject was complicated but had forgotten how complicated it was.

First, the FJ-4 was equipped with four external stores stations, outboard and mid-wing, and the FJ-4B attack derivative with six: outboard, mid-wing, and inboard. 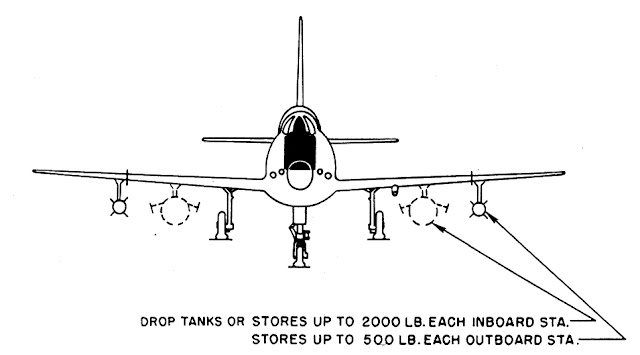 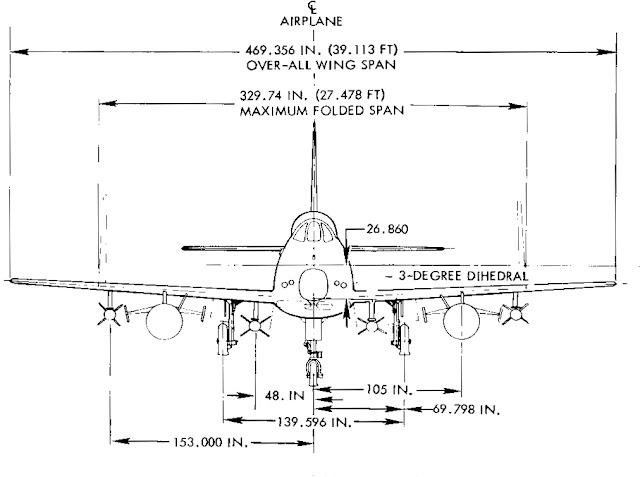 Unfortunately, I don't have any drawings or dimensions for any of the pylons.

After that, it gets complicated. What I'll call "pylon adapters" could be mounted at the stores stations as on this FJ-4 target tug. 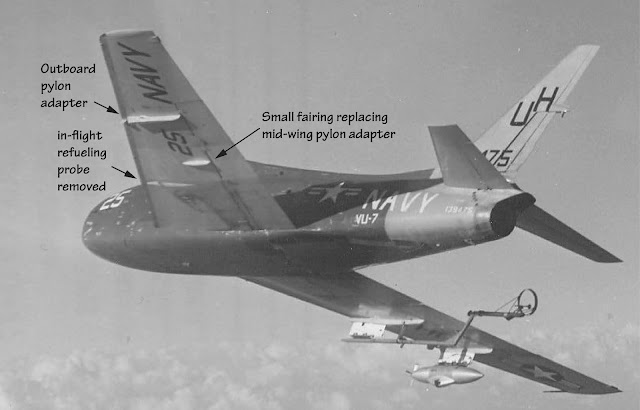 Note that when the mid-wing pylon was removed, the plumbing connections were covered by a small fairing. I'm pretty sure that one wasn't required on the FJ-4 outboard station.

Pylons suitable to the store to be carried were attached to the pylon adapter.

I don't know if the Sidewinder was carried on a bespoke pylon attached directly to the wing or it also utilized the adapter. 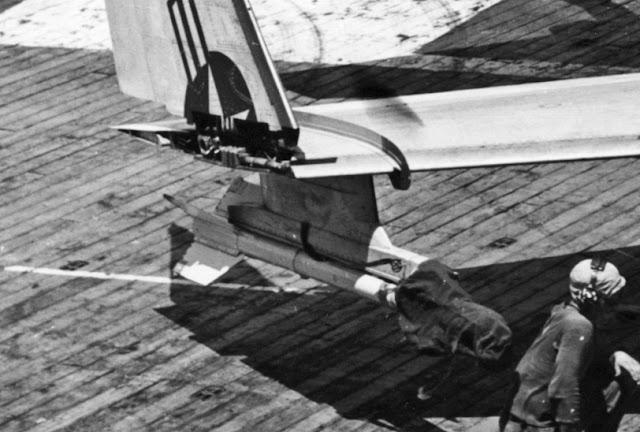 The pylons get really complicated on the FJ-4B: 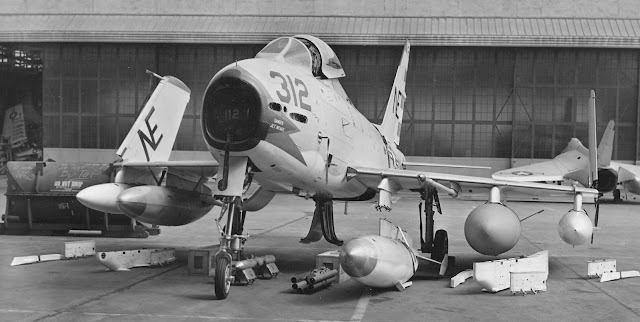 All the stations could carry rocket pods or Bullpups (if armed with Bullpups, the right inboard station was used for a Bullpup-control pod.) The outboard stations were capable of carrying a 150-gallon Douglas fuel tank on a dedicated pylon and the mid-wing stations, the standard FJ 200-gallon tank, a Mk 7 nuclear weapon (left side only), or the North American inflight-refueling tanks. Note that the different stores required different pylons and some did not utilize the adapter but were attached directly to the wing.

Also, the inboard adapter was different:

Missing from the above display are the unique Bullpup pylons. 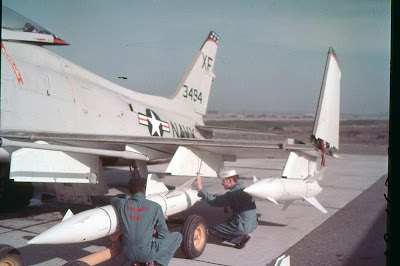 However, the adapter on the right inboard station was utilized for a pylon to which was mounted the Bullpup control pod.

The refueling pods pylon (the right pod carried the hose and reel in addition to some fuel):

It appears to have been attached directly to the wing.

The Mk 7 pylon was also attached directly to the wing:

As was the outboard pylon for the 150-gallon tank (the tip of the outboard tank seems to be bulged but that is the nose of a tank mounted on the mid-wing station).

Whereas the 200-gallon tank on the mid-wing station utilized the adapter the same as the FJ-4:

The standard nuclear strike configuration was the Mk 7 and three external tanks:

Rocket pods were hung from pylons mounted on the adapters; 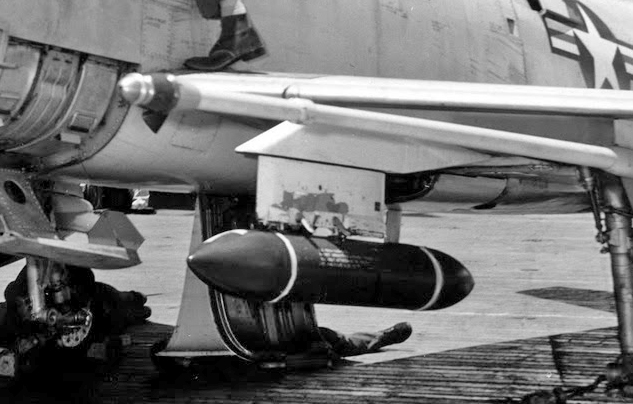 This FJ-4B has a pylon on the mid-wing station for bombs, no adapter (it appears to be identical to the pylon used for the inflight-refueling pods):

And lastly, when there were no adapters or bespoke pylons, a small fairing was substituted near the aft end of the station (the dark areas on the most outboard fairing are from the location of the national insignia), even for some reason, the inboard one, at least on the right side.

Posted by Tailspin at 2:02 PM No comments:

A big part of the McDonnell F4H-1 story is the fly off with Vought's F8U-3, the best airplane that the Navy didn't buy, according to George Spangenberg, the Director of BuAer's Evaluation Division at the time. Steve Ginter is down to his last box of my F8U-3 monograph that provides much more information and background on that program than I could include in my F4H-1 monograph. For the whole story, I recommend that you include both in your library. 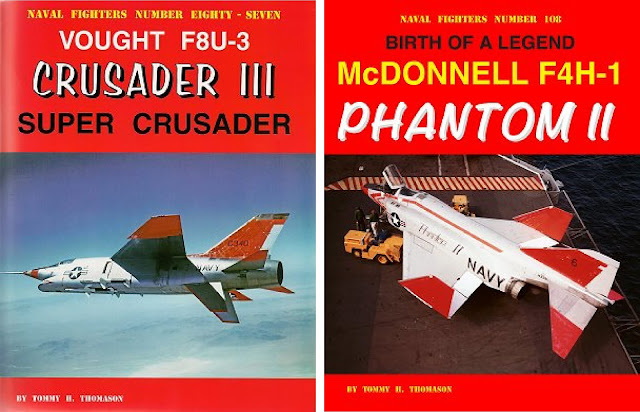 If you do buy one or both, I suggest that you do so directly from Steve Ginter so he gets the full value of the sale: