A couple of people have suggested that I do a post on exterior lights. As it happens, I've done bits and pieces on the subject so herewith a summary of what I know so far. At the moment, it's a work in progress. Comments, additions, and corrections are welcome.

Note that the colors refer to the tint of the clear plastic cover over the light bub, not the bulb itself.

An overview of lights on the wing in the 1950s:

These are the standard red (left wingtip), green (right wingtip), white (tail) lights. On some late 1940s and 1950s Navy airplanes, there is a separate orange tail light. This appears to be a holdover from a pre-World War II CAA (the forerunner of the FAA) requirement for separate orange and white tail lights that would flash alternately (white-orange-white- orange) to improve visibility at night. Those on the AD Skyraider were on both sides of the fin and viewable from the rear. 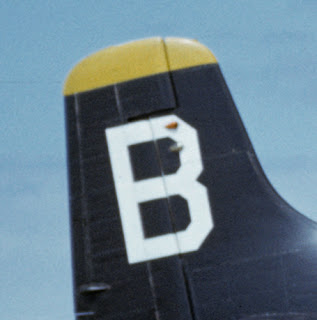 As a result of the midair collision of two civil airliners over the Grand Canyon in 1956, the CAA required anti-collision lights (rotating or flashing beacons) on aircraft for which type certificate applications were submitted after 1 April 1957. (Presumably, there was also a retrofit requirement.) My understanding is that the armed services were not obligated to comply, but they had midair collision concerns of their own so they were added. (When the Israelis got used A-4 Skyhawks, they were amused that they came with a red police-car gumball light.) Note that the anti-collision lights on the A3J Vigilante were retractable. 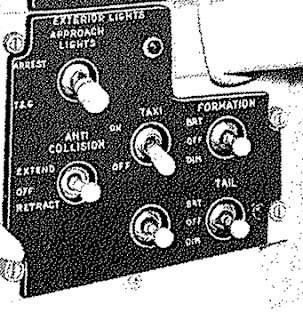 On some air-refueling tankers the anti-collision light on the bottom of the fuselage was green instead of red to differentiate them at night from other airplanes in the vicinity.

These were added at some point in the early 1940s for IFF (Identification Friend or Foe) and signaling purposes. They consisted of three lights, red/green/amber (lenses, not bulbs), on the fuselage belly or under the right wing and a white light on the top of the fuselage (I'm not sure how standard the white light was). 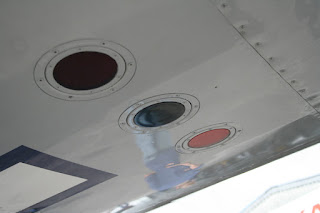 The lights could be separately turned on and off and also used to flash a Morse code signal with a "key" switch. 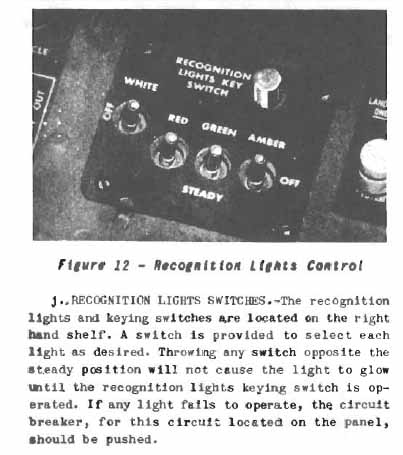 Some aircraft were fitted with landing and/or taxi lights. The first F4U Corsairs had a retractable light under the left wing but it disappeared early on in production. (It was not, as some would have you believe, replaced by a light in the wing leading edge. That was the approach light and it had been there since the XF4U-1)

At some point in the 1940s, formation lights were instituted for use at night. At least at first, these were blue lights "embedded" in the upper surface of the outboard wing panels along with one on the top of the fuselage, often described as a "section light". These are notable on the Vought F4U and Grumman F6F, TBF, and F8F. For the latter, see http://tailhooktopics.blogspot.com/2013/02/f8f-formation-lights.html

In the 1950s, it appears that the night formation lighting for jets no longer included the blue lights embedded in the surface of the wings. Instead, the navigation lights were used in conjunction with white lights on the top and bottom of the fuselage. This is a USAF diagram for an F-84: 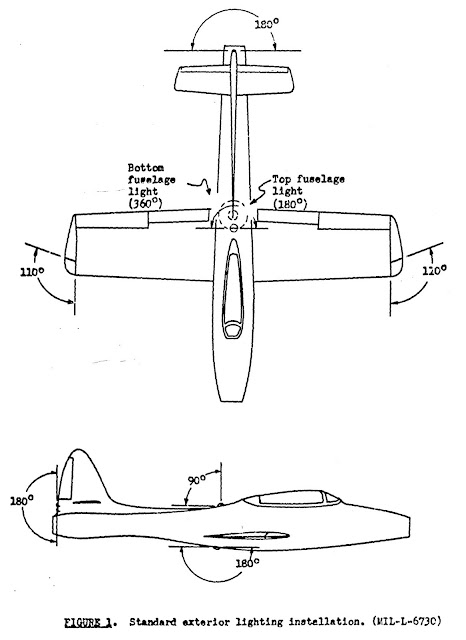 The formation lights were subsequently small amber rectangles on the side of the fuselage, sometimes along with a light on each wingtip separate from the position lights. The placement may have been more dictated by what location was convenient than by a standard. For example, the F4D had two lights on each side of the fuselage:

The F8U had two lights on the fuselage and also another formation light on the wingtip, but the latter was either red or green rather than amber:

The F3H, on the other hand, made do with one light on the side of the fuselage forward of the wing and one on the aft edge of the wing tip (according to the flight manual, it was amber but it's possible that it was red and green consistent with the position-light color). 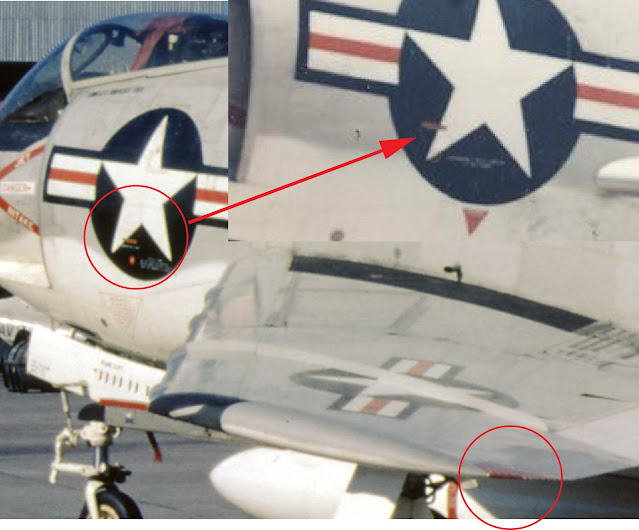 For some reason, these small amber lights were not used on the F4H Phantom. Instead, they had "join-up" lights on the wing tip trailing edge that were the same color as the position lights and flush white "fuselage" lights, one on top of the fuselage and one on the bottom of the engine intake forward of the wing. When the F-4Js were modified to the F-4S configuration, the so-called "slime" lights were added; these were larger and more numerous than the amber lights and appeared to be yellow when not lit in daylight and a glow-stick green when lit at night, like those on this F-18.

Buddy tanks had lights to signal the receiving pilot. See http://tailspintopics.blogspot.com/2015/06/things-under-wings-inflight-refueling.html
Posted by Tailspin at 9:40 AM 1 comment: 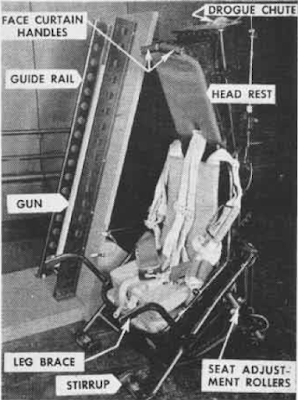 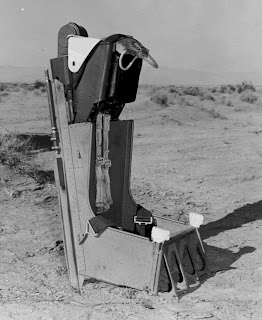 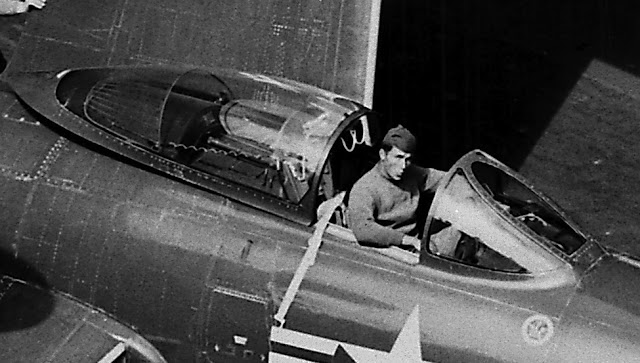 The F9F-3s used to carrier qualify pilots on Boxer in 1949 definitely appear to have the larger headrest. I can't be sure about the ones that deployed with the air group on Valley Forge. For more on the F9F-3, see http://tailspintopics.blogspot.com/2012/01/f9f-3-panther.html
Posted by Tailspin at 4:39 PM 2 comments:

The Grumman F11F was a gorgeous carrier-based day fighter. Like it's propeller-driven equivalent, the F8F Bearcat, the timing was wrong. The F8F couldn't compete with jets (except in rate of climb contests) and the F11F wasn't as fast as the Vought F8U or have the endurance (for a more complete F11F story, see chapter 13 in http://www.amazon.com/dp/1580071104).

Once upon a time, Hasegawa produced a 1/72 scale F11F kit. Paul Boyer did it justice as he has so many other kits, only in this case was presented with one with a relatively low degree of difficulty. 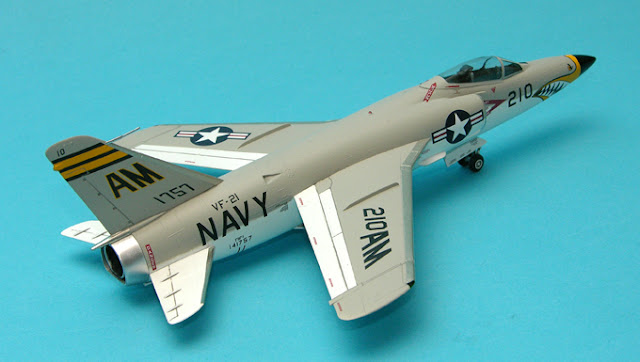 The kit is a little deficient on cockpit interior and wheel well detail. Obscureco has responded to that with one of their excellent detail sets. The parts are very thin and well detailed.

I haven't had a chance to dry fit it yet. Generally, cockpit detail sets run up against the fact that the thickness of the plastic forming the side of the kit fuselage is much thicker from a scale standpoint than the skin of the actual aircraft (also see http://tailspintopics.blogspot.com/2012/09/fitting-in.html). One hint in this case is the kit instruction to "Sand the sidewalls as thin as possible". They are already pretty thin.

The kit does not provide the prominent antenna under the aft part of the canopy on some F11Fs (or maybe the part provided is not a good representation; in any event it should be curved and not flat).

However, this particular antenna wasn't present in many F11Fs.

I am dubious about the accuracy of parts 13 and 14. A good part of the main landing gear wheel well was taken up by structure that resembles a can lying on its side. I don't think this is accurately represented by the large flat parts provided. 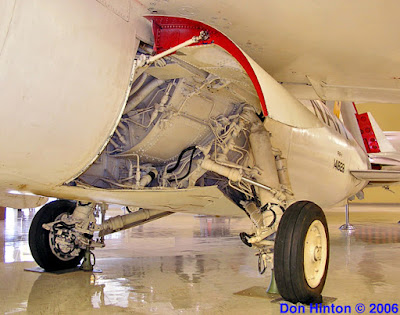 Note that the above is one of many, many Don Hinton F11F walkaround pictures that can be found here: http://www.philsaeronauticalstuff.com/f11f/f11f.html

Although it's not currently on the Obscureco website (http://www.obscureco.com/products.html), it can be ordered as OBS72026 for $17 plus shipping as shown on the Purchasing Line on the website.

One build note I made on the kit once upon a time was changes necessary to make the main landing gear fit correctly in the well and together: 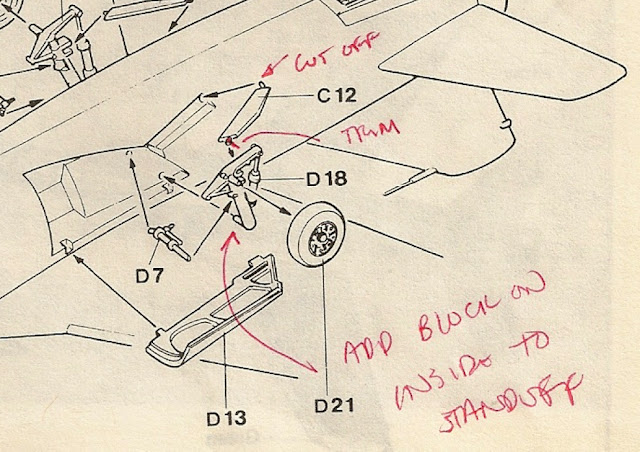