Unfortunately, the "Whale" doesn't get the respect it deserves. Portly and underpowered from the beginning, it eventually received one of the most derogatory nicknames of all time, "Drut". However, it may well have been the longest-serving combat airplane used by the US military during the Vietnam War (depending on how you keep score, the C-47 might have that title).

I've recently updated one of my posts on the F3D for the variations in the overhead hatch configuration: http://tailspintopics.blogspot.com/2015/04/the-f3ds-of-flying-nightmares-in-korea.html

Two of my other posts on the F3D may also be of interest:

You really shouldn't. Today's extreme example of why not is the Vought F6U on display at the National Naval Aviation Museum at Pensacola.

It was created from an incomplete F6U hulk by retired Vought employees at the Vought Aircraft Heritage Foundation. For an illustrated description of the process, see http://www.vought.org/rest/F6U_Book.pdf. One entire wing and many other parts had to be created from scratch. As a result, there were some liberties taken.

This is what a production F6U should look like:

Note the difference in the canopy and the shape of the tip tank (the reproduction has simple conical additions to the front and back of a cylinder). Another major error is the location of the bullet fairing on the empennage. It should be directly aft of the stabilizer. Unfortunately, repair of this F6U was begun at the New England Air Museum and this was their contribution. 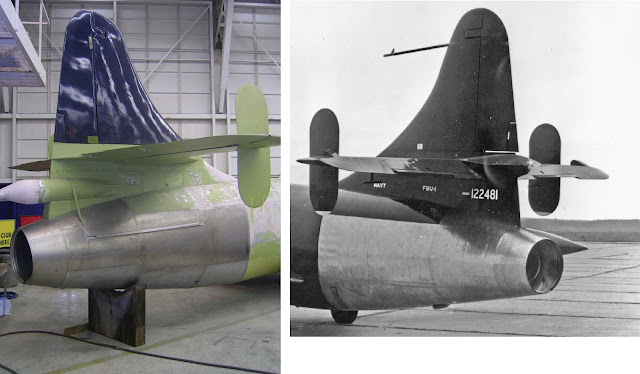 The actual fairing was not round and it incorporated a taillight. The F6U reproduction also has a brace between the fuselage and the fairing as well as a longitudinal stiffener on the tail cone that weren't on the airplane when it was delivered or in service.

Vought retirees had to provide the landing gear from scratch so the struts are approximations, available wheels were used, and the outboard main landing gear doors were reduced from two to just one. 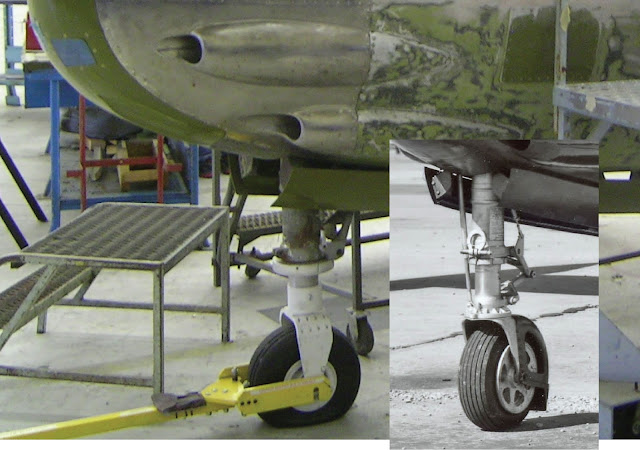 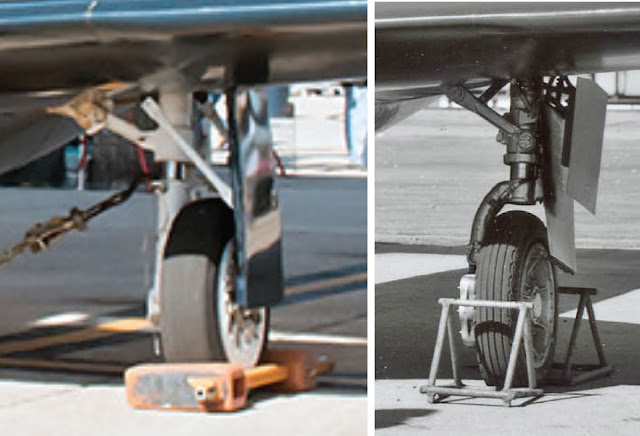 At some point between delivery of this F6U to Pensacola in February 2011 and November 2015, a modified canopy was installed to replace the single curvature one. It has more of a bulge but is still not accurate as the bulge is not quite as prominent as it should be and there is more sheet metal on its aft end than it should have. The bogus tip tanks were also removed.

For another of my posts on the F6U that includes links to others, see http://tailspintopics.blogspot.com/2013/03/vought-f6u-pirate.html