One of the most notable differentiators between the A4D-1 and -2 is the rudder. On the -1, it had a smooth exterior surface. On the -2, longitudinal stiffening ribs were riveted to either side of a central panel. The change was made because of rudder flutter that had been experienced early on in A4D-1 flight test. Recently, someone inquired as to how the A4D-1 was released for service with a rudder flutter problem and by chance, someone else asked about a feature on the A4D-1 rudder that I hadn't paid  attention to before. It turns out that the feature was the answer to the question.

In passing, I also noted another rudder detail change from the XA4D-1 to the production A4D-1. The X and early production Skyhawks had a rudder trim tab with an actuating rod on the left side of the rudder. 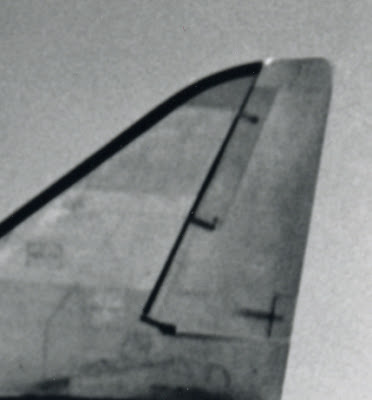 The original solution to the rudder flutter problem was the addition of a dash pot-type damper just above the center rudder hinge. Note that the trim tab is still part of the design. 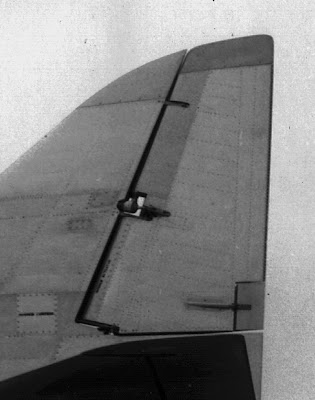 The dash pot allowed the pilot to move the rudder but "stiffened" it at high frequencies to preclude flutter. 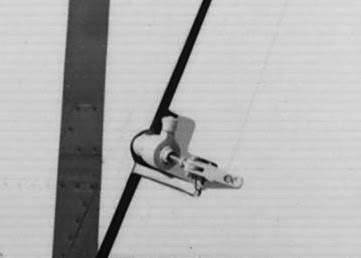 The rudder trim tab was deleted on A4D-1s delivered to operational squadrons. 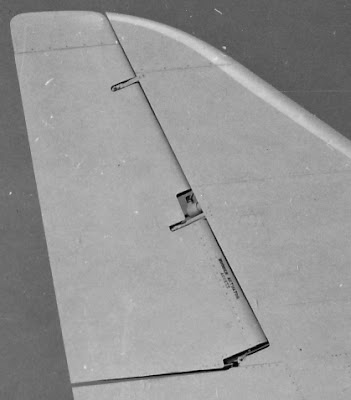 When the rudder flutter problem was solved aerodynamically with the so-called tadpole rudder, the damper was deleted. 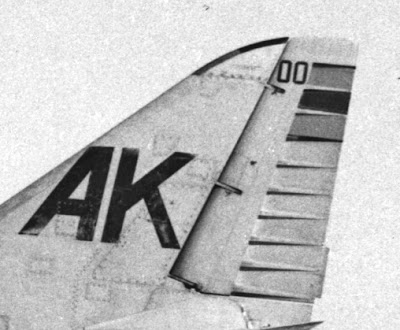 Note the addition of a ground-adjustable trim tab.
Posted by Tailspin at 8:37 PM 1 comment: