On my 2009 post comparing the F9F-2 with the -5 (http://tailspintopics.blogspot.com/2009/10/grumman-panther.html), "davedd" commented that there was a difference between the interface of the fuselage break and the inboard trailing edge of the flap. I hadn't noticed that before, but he is correct.

The reason is that the -5 had a thinner outboard wing (10%) than the -2's (12%) in order to delay the drag rise at transonic speed, an aerodynamic benefit demonstrated in flight test of Air Force and Navy research airplanes in the late 1940s. 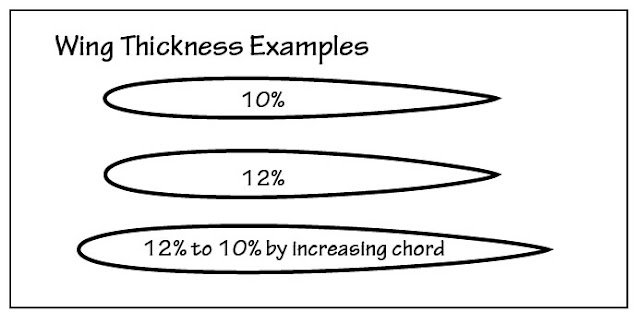 Since it was desirable to retain the depth of the wing at the wing fold, the location of the wing-folding hardware and the main landing gear, and still reduce the thickness ratio there, the wing and fairing chords were increased on both sides of the wing fold. The change to the leading edge is obvious but it turns out the trailing edge was moved aft as well. 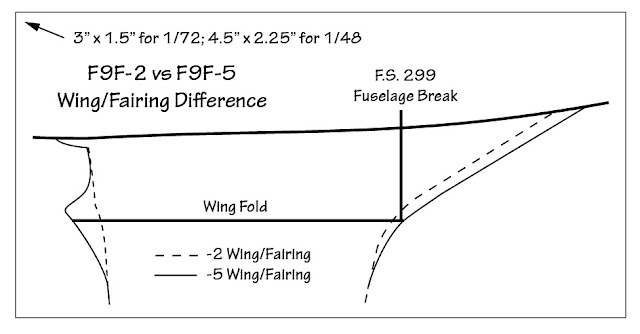 Hence the difference in the interface between the fuselage break (which remained at the same fuselage station) and the inboard trailing edge of the flap.

Note that the end of the wing-to-fuselage fairing was relocated aft as well to decrease its thickness ratio as well (on the F9F-8 Cougar, it was moved all the way aft to the end of the fuselage).
Posted by Tailspin at 8:31 AM 1 comment: