A question was raised about the unusual store under the wing of a distressed F8F Bearcat in the prior post. 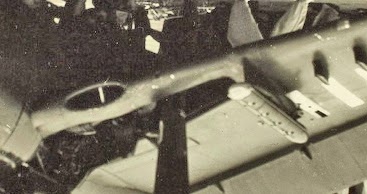 It is a Mk 47 practice bomb dispenser. For more on it and other U.S. Navy armament training devices circa World War II, see http://thanlont.blogspot.com/2014/07/things-under-wings-training-wheels.html
Posted by Tailspin at 2:59 PM No comments:

I've seen a couple of questions on the modeling blogs recently about F8F Bearcat wheel well color, which suggested a post on the subject. Since what I have is not all that conclusive, I thought I'd add wheel hub configuration to the discussion.

It appears that the F8F wheel wells were painted the same color as the exterior with the exception of some hardware located in the well (there was apparently no specific requirement as to wheel well color until they were to be painted white in the mid 1950s). 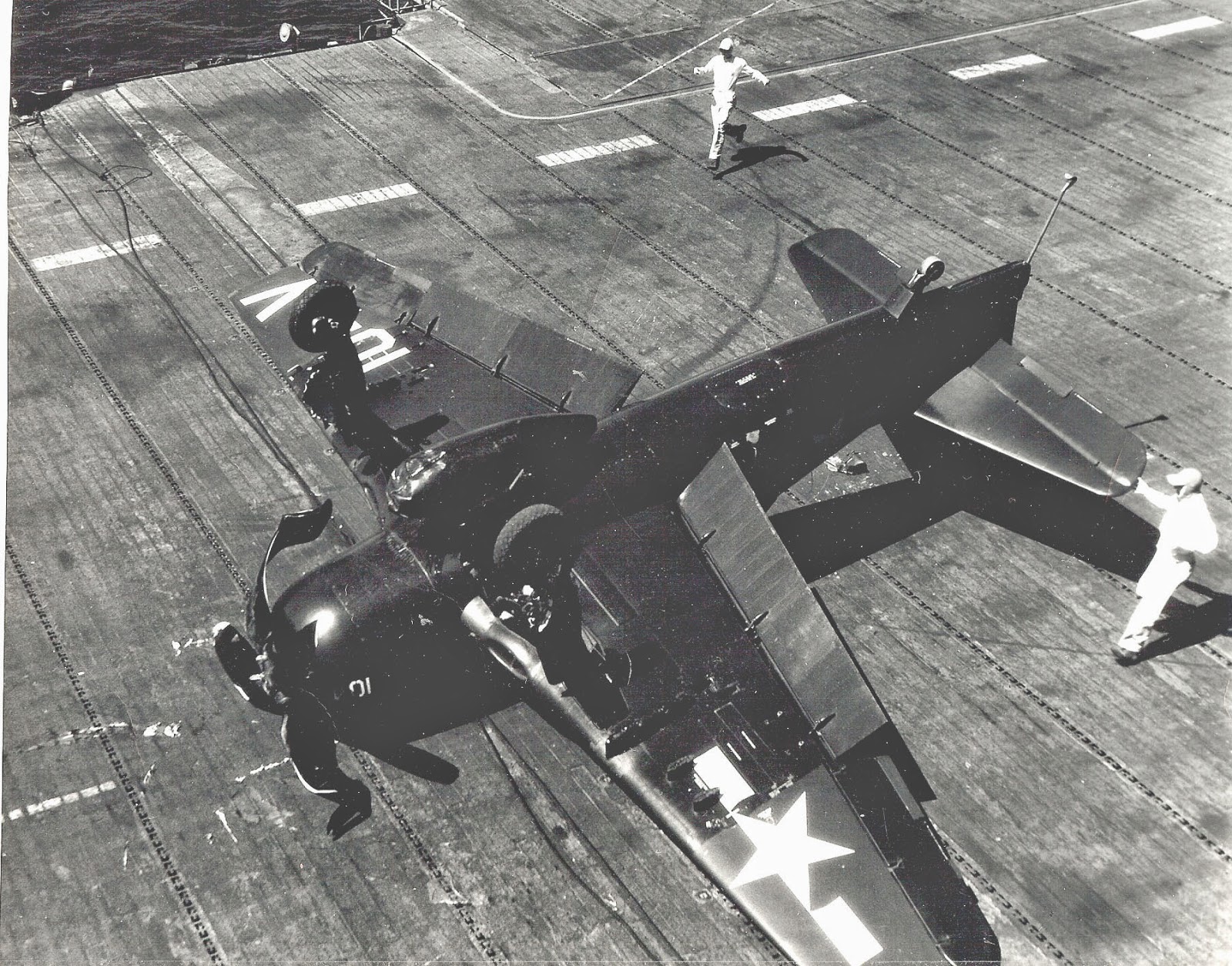 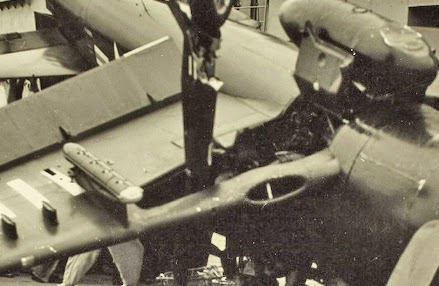 Although these are grey-scale pictures (the second one has been lightened considerably) and the color pictures I have aren't conclusive because the wells are in shadow, that's the way to bet.

However, some of the very early F8Fs had the accessory section (viewed from the inboard wheel well) painted with either a metallic color or zinc chromate. 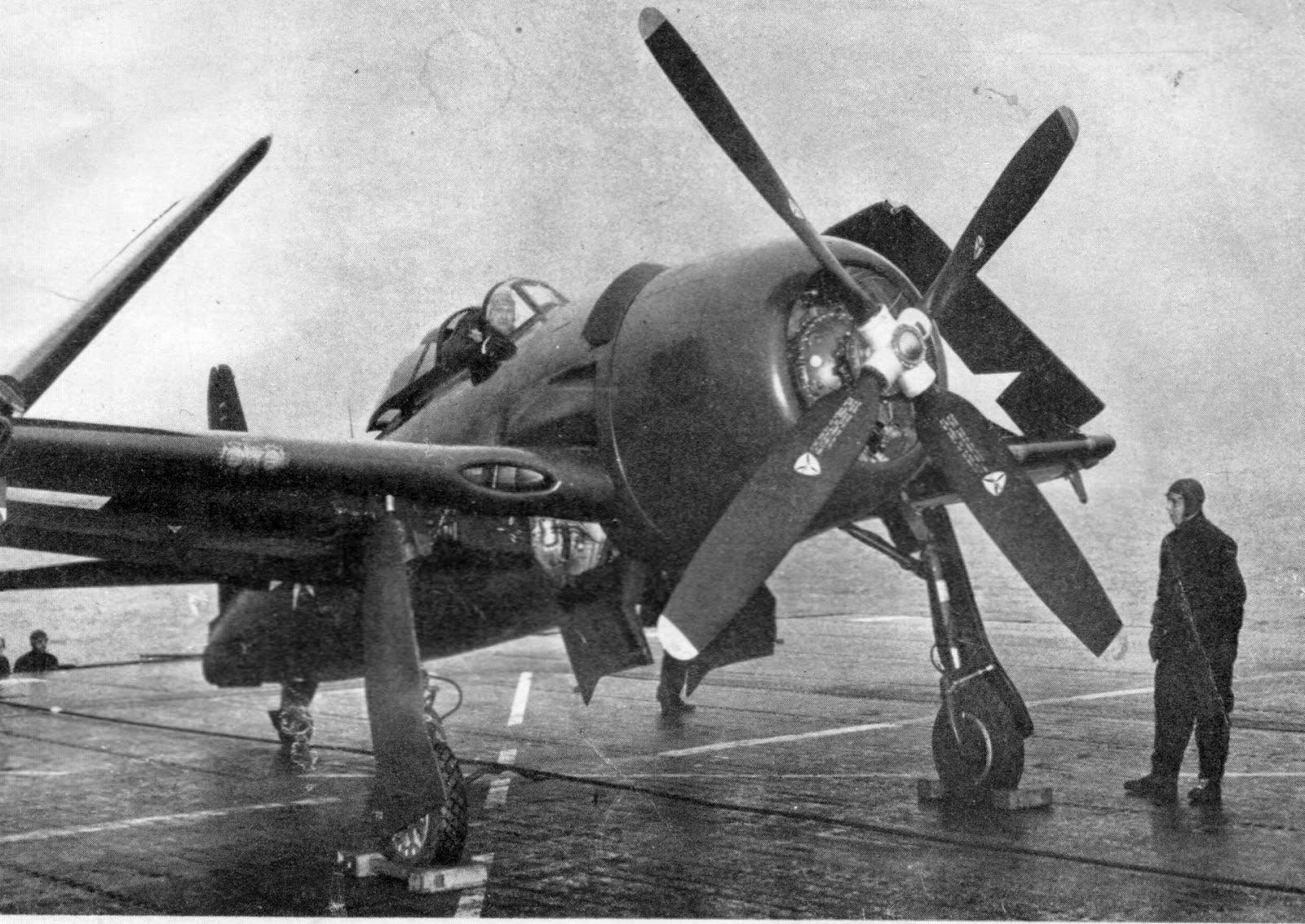 And there are pictures of F8Fs at Grumman with non-blue wheel wells so it may be that the wheel wells became blue at the first Navy overhaul. 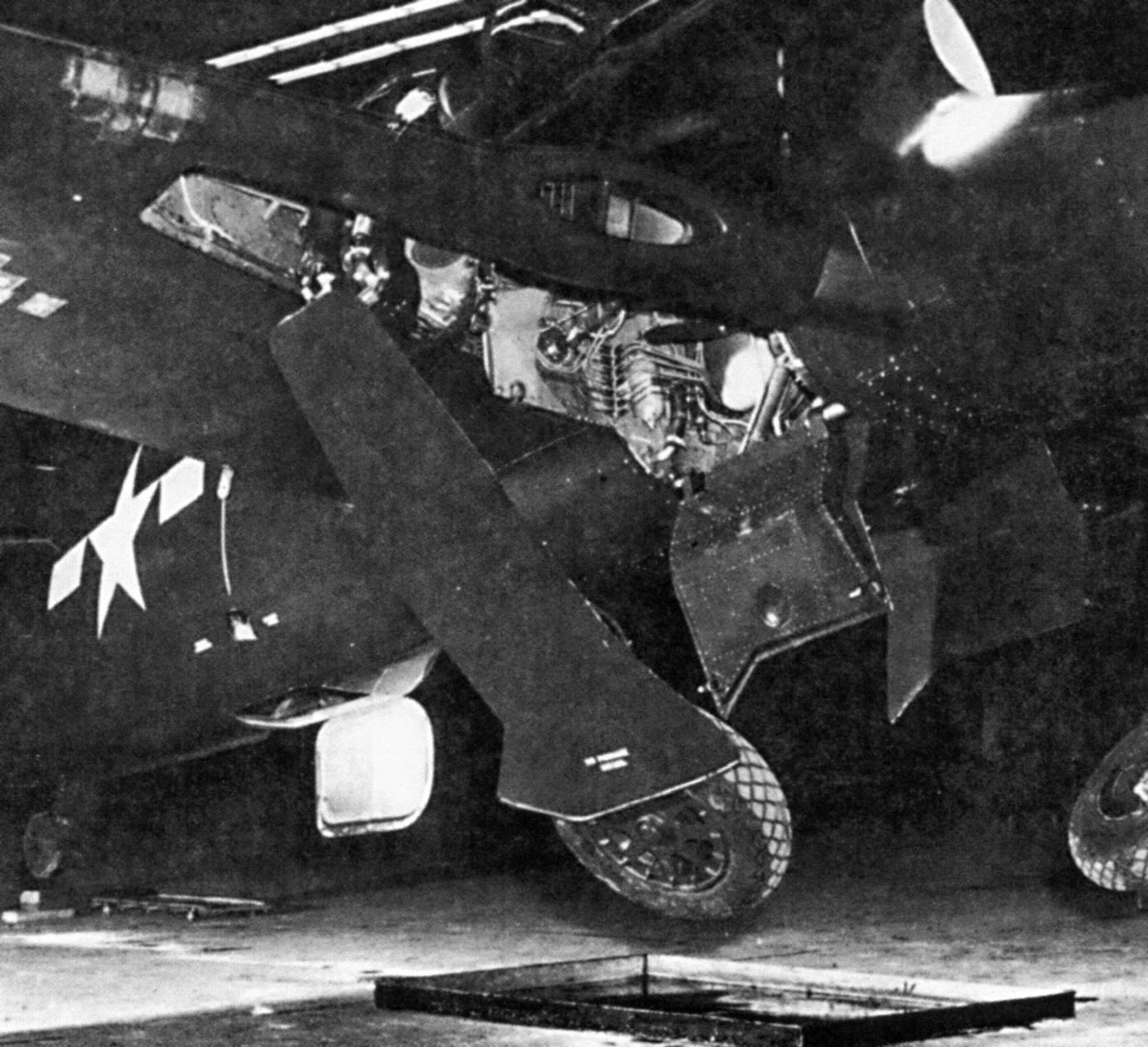 The two different wheel hubs are distinctive. The early ones had "spokes" and might be either blue, "black" (cosmoline?) or metallic (in this case, on the drop test article, probably unpainted). 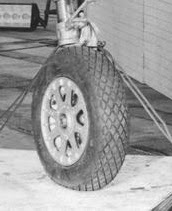 The brake pucks were initially located on the lower forward area of the brake disc. 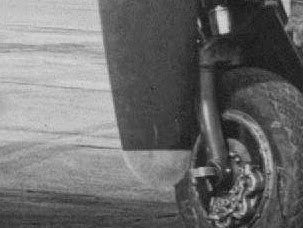 These were subsequently relocated to be at right angles to the strut. 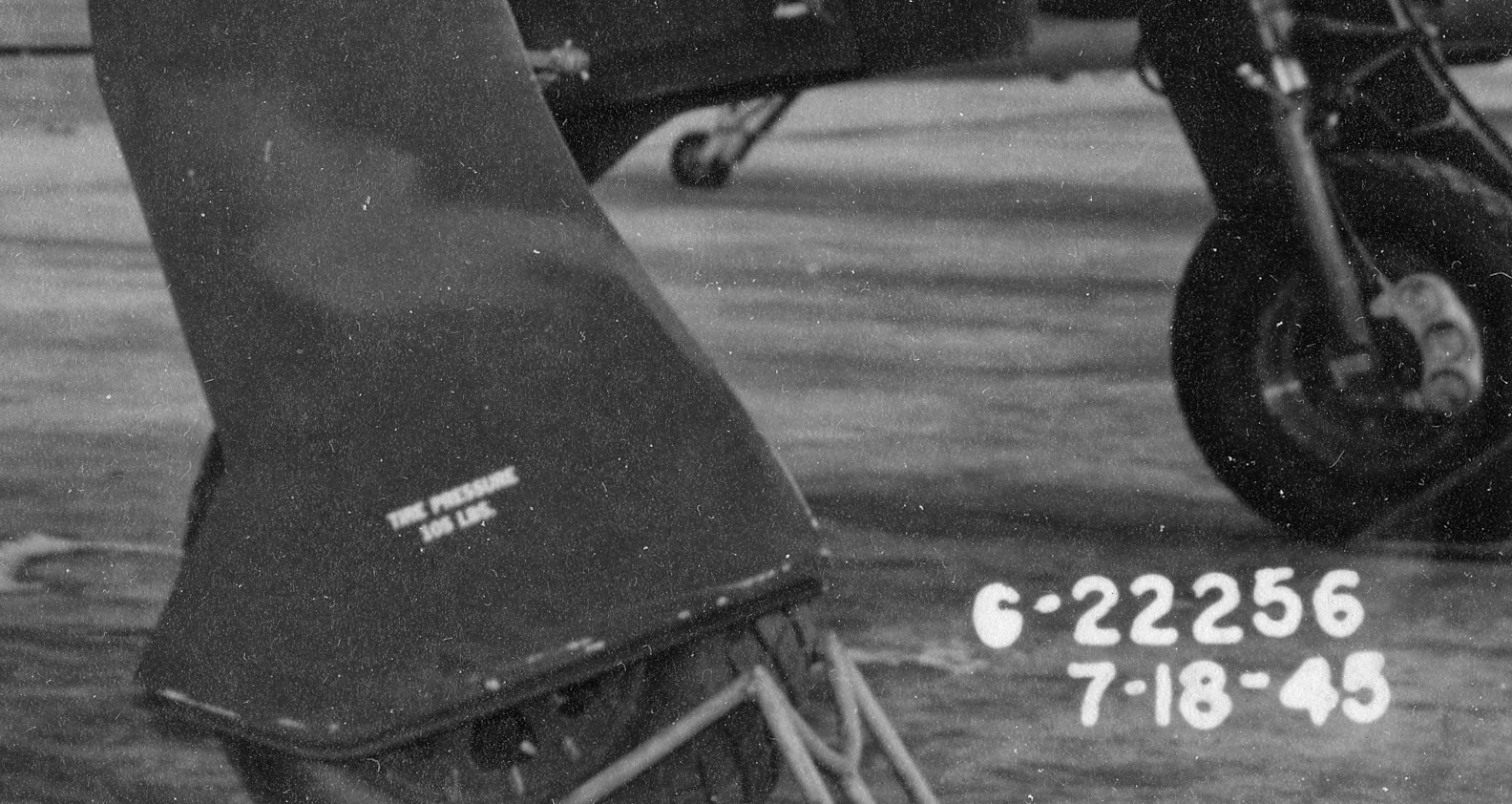 The later wheel hubs were forged, possibly introduced with the F8F-2 and similar to the hubs on the F9F Panther.

They were usually a metallic color. 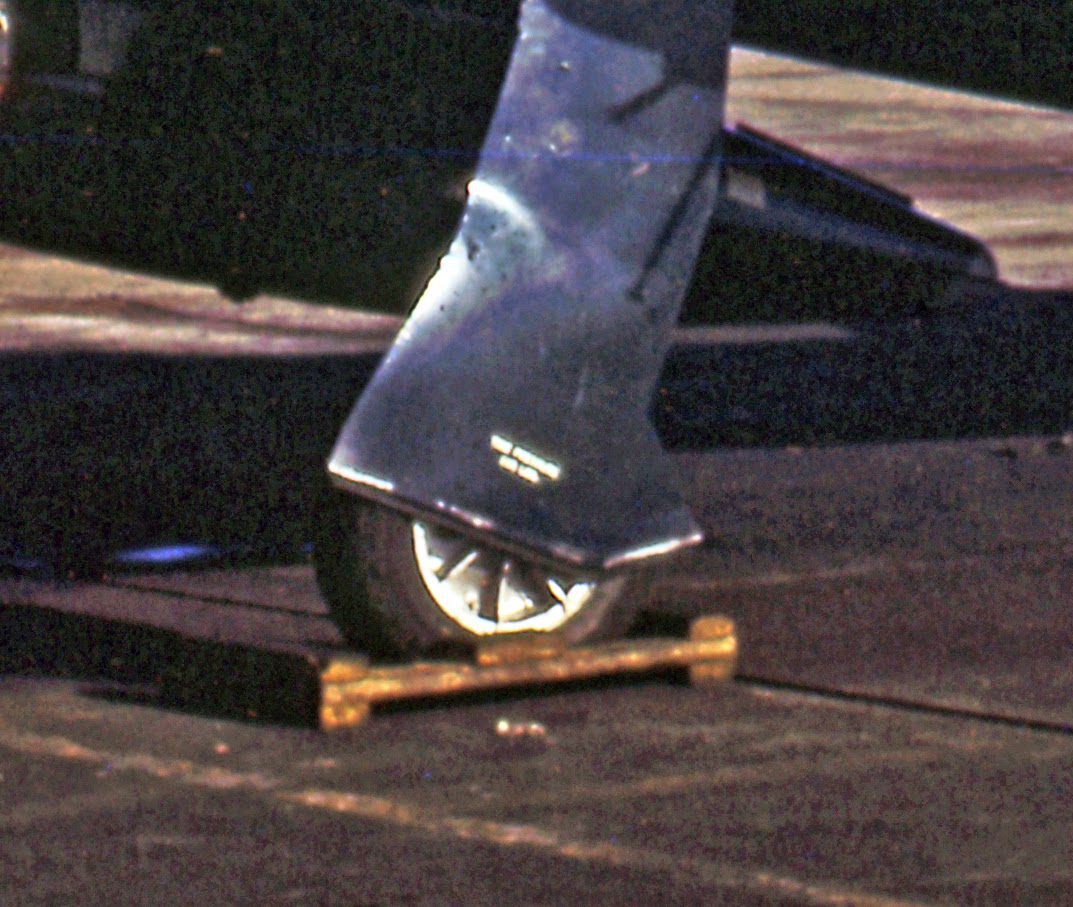 For some other of my posts on the F8F, see


http://thanlont.blogspot.com/2012/10/f8f-safety-tipsit-seemed-like-good-idea.html
(also includes a plug for the excellent Meyer/Ginter monograph on the F8F)

http://tailhooktopics.blogspot.com/2013/02/f8f-formation-lights.html
Posted by Tailspin at 3:03 PM No comments: