The A4D engine's tail pipe was centered within the aft end of the fuselage tail cone on supports, which allowed cooling air to flow between the tail pipe and the fuselage: 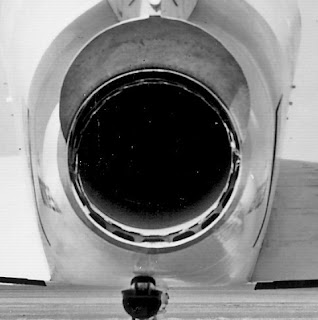 The original production aft fuselage ended at the lower point of the "sugar scoop'. For some reason, the tail cone was extended a bit farther aft for (or maybe during) A4D-5 production (the A4D-5 prototype modified from a -2N still had the original tail cone; A4D-2s and -2Ns subsequently received the modification at overhaul). At some point after that, possibly in conjunction with the installation of the P-408 engine, a constant-section lip was added, further extending the tail cone slightly. However, this lip was also seen eventually on A-4Bs and Cs by the late 1960s.

Informed comments and corrections are welcome.

I've spent some time reworking the length-comparison illustration that I did once upon a time. 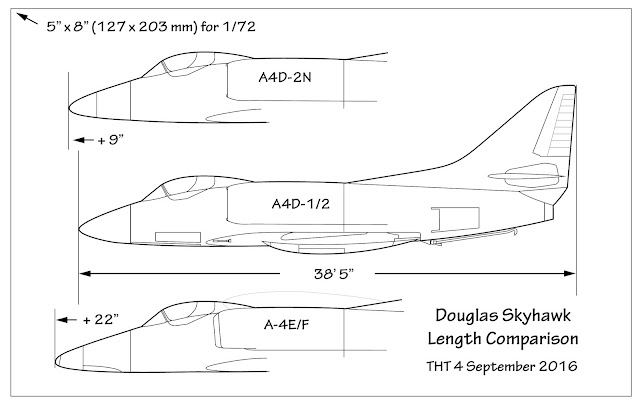 However, it didn't change noticeably.

Questions have arisen about the size of the A4D stabilizer and width of the fuselage in various kits. This is a top view that I created from pretty good Douglas drawings and dimensional aero data for the wing and horizontal tail (root chord, tip chord, and span). Note that the interface of the horizontal stabilizer with the vertical fin is notional. 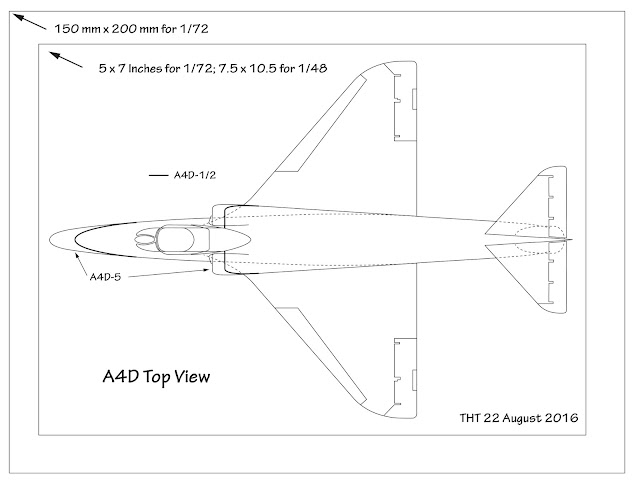 Some of the questions stem from comparison of kits with the Dana Bell's A-4E multi-view drawing in Detail & Scale Volume 32. It would appear that his fuselage is too wide and the horizontal tail slightly too large, among other errors. According to Dana, he didn't do the research for the drawing, only redrew (traced on mylar with rapidographs, the good old days) and added detail in accordance with the information that he was provided.