TRIM is not a typo. Before TRAM (see http://tailspintopics.blogspot.com/2015/09/grumman-6a-vs-6e-intruder.html), there was TRIM (Trails, Roads, Interdiction Multisensor). It included a large belly-mounted pod that contained a Low-Light-Level Television (LLLTV) camera and a Forward-Looking Infrared (FLIR) camera. The LLLTV amplified images to make them more visible and the FLIR detected objects that were hotter than their surroundings.

The TRIM capability included Black Crow antennas in the radome to detect truck ignition systems and point the way to the source. It was an early attempt to detect, track, and attack vehicles operating at night along the Ho Chi Minh Trail in Vietnam.

Mick Roth recently provided me with additional documentation on the pod that answered some questions I had. This illustration is a work in progress. 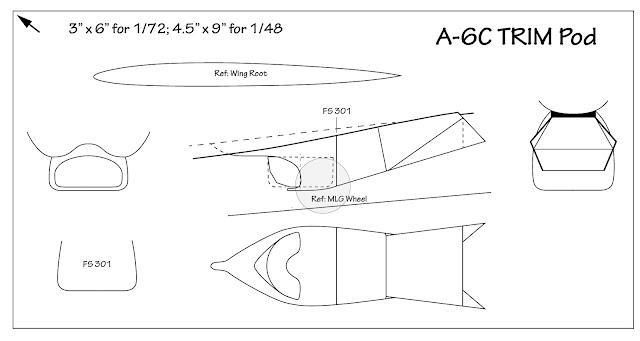 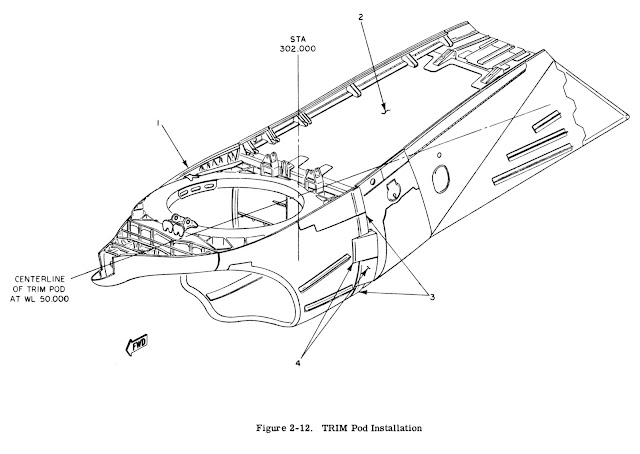 The following sketch shows the access panels and other details; it is missing the stiffeners/fences on the outboard side of the fins. 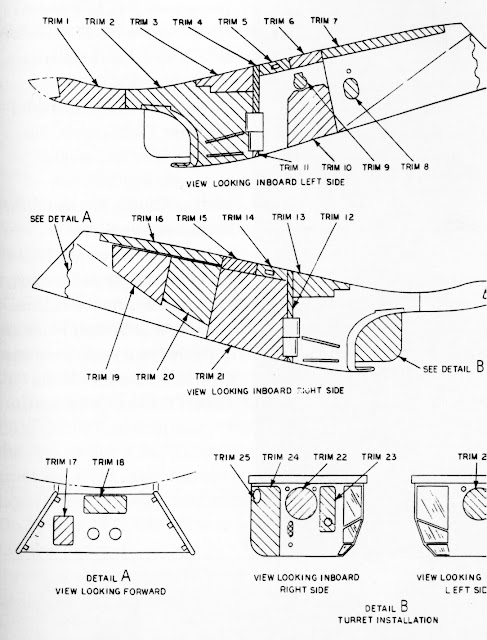 The turret was rotated aft to protect the clear panels when the LLLTV and FLIR were not in use.

(Note that the lower lip is broader than on my drawing.)

The changes to the cockpit included the addition of unique mission equipment control panels and the substitution of a multi-purpose scope that could display FLIR, LLLTV, or the standard A-6A radar. 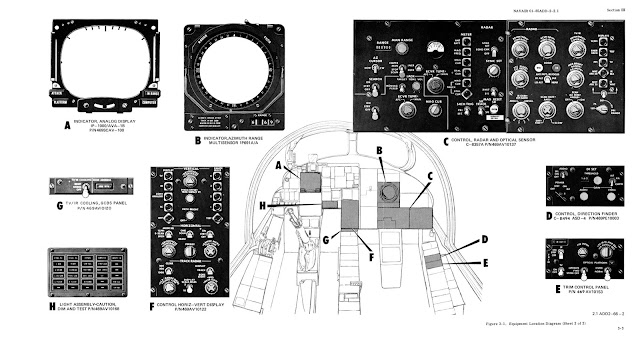 Part of my early confusion about the pod is that most of the good pictures available are of a prototype configuration. 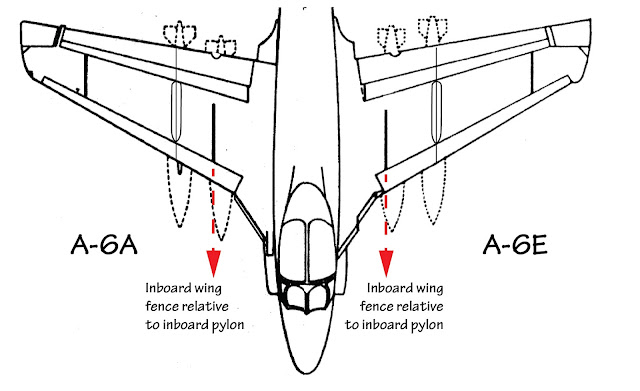 The A-6C was disappointing from a mission-effectiveness standpoint, not to mention heavy and slow due to the weight and drag of the pod. The landing weight required the substitution of an EA-6B tailhook and even then the A-6Cs was more restricted from a fuel standpoint for arrested landings than the A-6As. One A-6C was lost in an operational accident. The other 11 were eventually converted to A-6Es.