A new model kit of an aircraft is invariably found to have at least a few errors if not downright fatal ones. I don't wonder as much about how they could get it wrong as how they could possibly avoid error. The F9F armament installation is an example. This is an excellent picture of it, taken in 1949, showing the four cannon, the feed chute to the inboard ones, the avionics shelf, the black boxes above the cannon, etc. 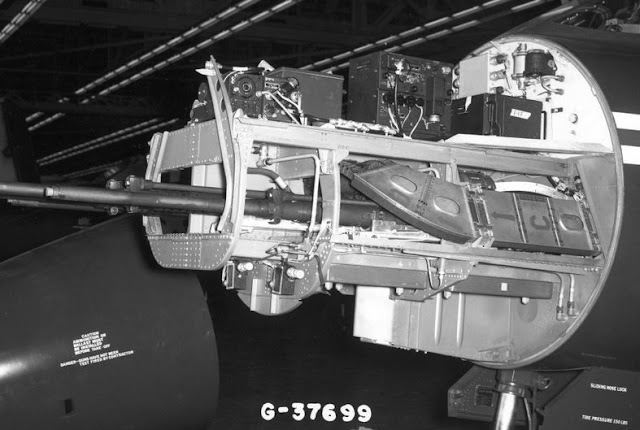 The ammo boxes were located behind the nose wheel well, easily accessible from within it.

The only problem from a modeling standpoint is that this installation was only applicable to a total of 10 of the very first F9F-2s and -3s. For some reason, the installation was almost immediately changed to one with only two of the ammo boxes located behind the nose wheel well with the other two mounted above the cannon on the equipment shelf. 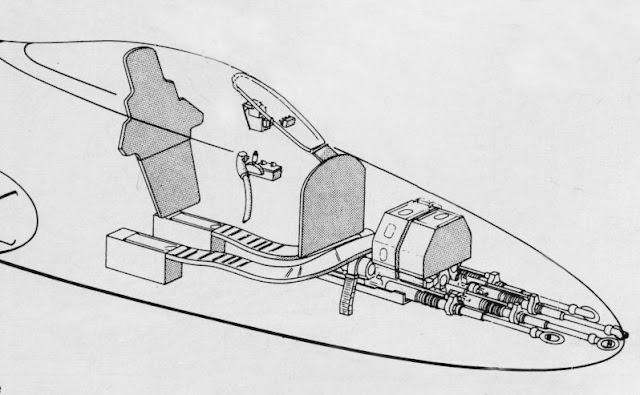 My guess is that the original location of the ammo boxes was predicated on center of gravity considerations. The change might have had something to do with problems with jamming in the feed chutes that went to either the inboard or outboard cannons. Or weight reduction. And perhaps locating 1950s avionics above cannons was a bad idea.

The F9F-6/7 Cougar used the same armament installation as the Panther. Note that the feed chutes from the aft-mounted ammo boxes are not shown. 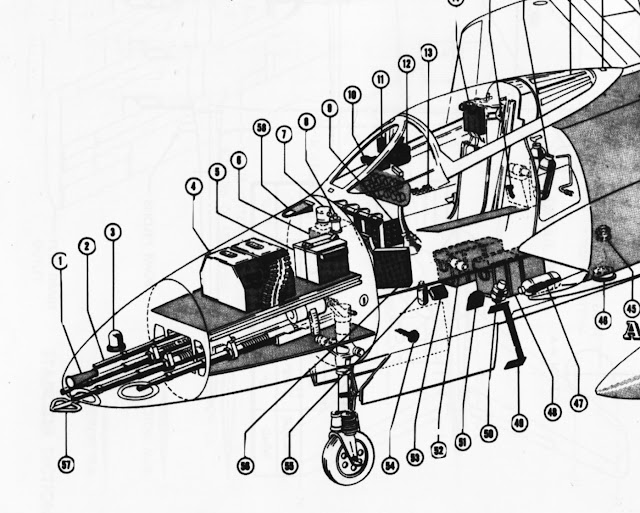 David Collier provided a comment from his experience working on the F9F-7, which was identical to the -6 from an armament standpoint, at NAS New York during the summer of 1955:

Re the center of gravity, the two  ammo cans in the nose were fitted with metal weights which were installed when no ammo was loaded. All expended cartridges and links ended up in the lower portion of the nose below the guns. If no metal weights could be found, sandbags were used as weights. I remember cleaning sand out of the area where the cannons and feed mechanisms were installed and the shelf above the cannons where the ammo cans and chutes, batteries and cables were installed. A real mess!

Naturally, you would assume that the F9F-8 Cougar would have the same armament installation as the -6/7. You would be wrong. 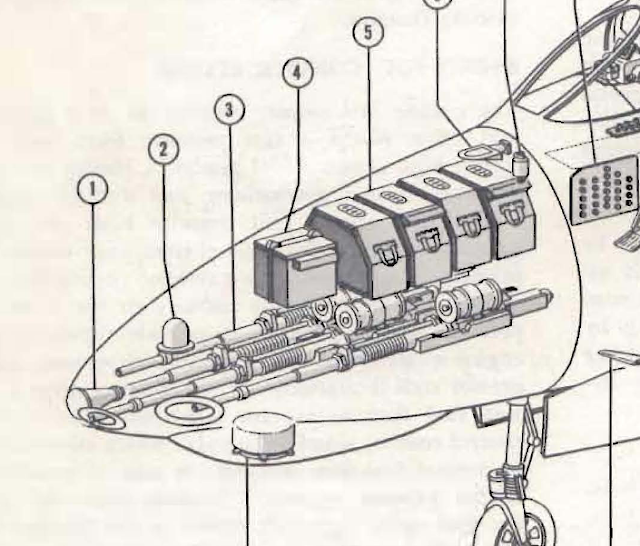 According to the flight manual, all four ammo boxes were located above the cannon.

For details on the nose cones of the Panther and Cougar, see http://tailspintopics.blogspot.com/2016/02/grumman-f9f-nose-cone-variations.html
Posted by Tailspin at 1:32 PM No comments: 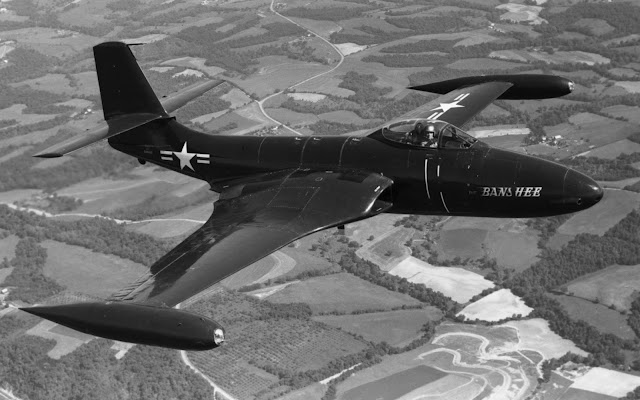 Note that it still has the handholds and steps on the right side of the forward fuselage and does not have an ejection seat.
Posted by Tailspin at 7:51 AM No comments: