Sword has just released two state-of-the-art 1/72-scale F3H Demon kits that are well worth your consideration even if you already have the Emhar kits: 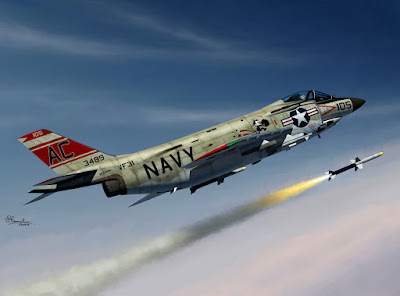 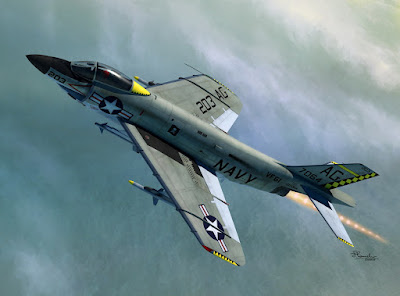 This is a very preliminary assessment of what appears to be an excellent kit since I won't have time for the next few weeks to build either one. However, my initial configuration notes may be of interest and I will post links to build articles as they appear. The big pieces are accurate in overall dimensions and appear to represent the shapes well enough (the chord and sweep of the wing and horizontal tail don't exactly match the McDonnell lines drawing but are not far enough off to bother to correct in my opinion). The engraved panel lines and control surface demarcations are so fine as to disappear under too heavy a coat of paint. At the moment, given the level of detail provided on the plastic and with the resin and photo-etch parts, I can't imagine much that the aftermarket companies can offer to improve what is in the box other than decals for different squadrons

For a pretty good summary of the F3H Demon configurations, see https://tailspintopics.blogspot.com/2010/11/f3h-demon.html For what it's worth, the F3H-2N only carried Sidewinder missiles in addition to the 20mm cannon. The -2M could also be armed with Sparrow I missiles but only deployed a few times. At least some -2Ns were modified to the -2 configuration, which could be armed with Sparrow IIIs in addition to Sidewinders and the 20mm cannon.

That there wasn't much exterior difference among the Demons is reflected by the plastic provided in both kits being identical. The instructions vary slightly and the decals are different.  The -2 kit instructions depict the modification required for the short beaver-tail configuration (BuNo 143403 and subsequent). Also while they show a Sparrow III option, only Sparrow Is are provided in the kit. For the difference in missiles and pylons, see http://tailhooktopics.blogspot.com/2011/05/f3h-sidewinder-and-sparrow.html

Both the initial McDonnell and subsequent Martin-Baker ejection seats are provided. The latter were installed in production beginning with BuNo 146709 and retrofitted when a Demon went through overhaul, which took a few years to compete (the first ejection with the M-B seat reportedly occurred in March 1958 and the last with the McAir seat in November 1960).

The first Demons did not have the inflight refueling probe installation on the upper right side of the forward fuselage (in most but not all pictures of F3Hs with single-letter tail codes, it is not present). It was probably introduced at some point in production and then retrofitted. The inboard spoilers (PP9/10) were also an early retrofit to improve roll control at high speed. They were in fact scabbed onto the upper wing surface with a little ramp in front of them as part of the hinge although the photoetch provided may not be scale thickness. Note that the two "fingers" on the aft side of the spoiler cover up the holes in the wing that allow the actuators to extend fully. 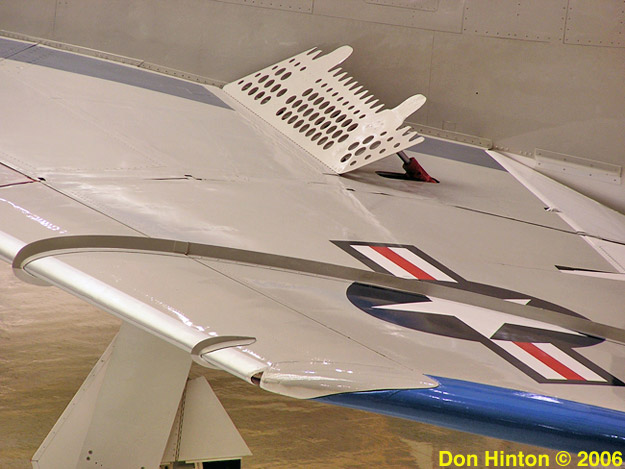 There is a large span-wise "strap" on the kit's lower wing surface ahead of the main landing gear wheel wells. That's new to me but I'll have to take a look for it.

Two bespoke F3H external tanks are provided. Legend has it that because of interference drag, the F3H would go farther with one external tank than two. That seems dubious to me but I have not seen a picture of an operational F3H with two tanks. One performance comparison chart that is available suggests that the additional range provided by the second tank was pretty small.

There are several detail parts for the landing gear and to represent other features like the fuel vent. At first glance, only the complex linkage providing anti-torque on the nose gear is not up to the standard of the rest of the kit. The shrink struts that extend upward into the wheel well ahead of the shock strut are also not provided but these are easily made from wire or stretched sprue.

Note that the shock strut is deflated in this picture. 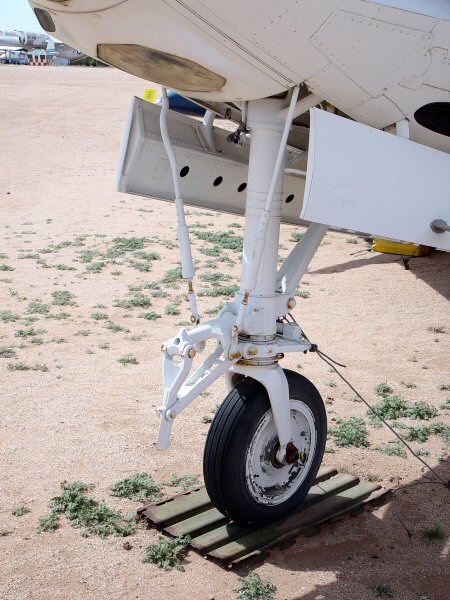 For more information on the nose landing gear, see https://tailhooktopics.blogspot.com/2019/04/mcdonnell-f3h-demon-nose-landing-gear.html

The wings attach to the fuselage via small stubs. These may or may not be adequate but in any event be careful not to introduce any wing anhedral that it might appear to have from pictures or front-view drawings. See http://tailspintopics.blogspot.com/2014/03/anhedraldihedral-and-wing-sweep.html

One missing and tiny detail (I didn't notice it myself on the actual airplane for several years) is the skid plate under each wing tip. See https://thanlont.blogspot.com/2015/02/swept-wing-tip-skid_22.html

Step 13 in the instructions incorrectly depicts the location of parts 34 and 36. 34 is actually the top of the fuselage deck under the canopy and 36 is part of the canopy structure. 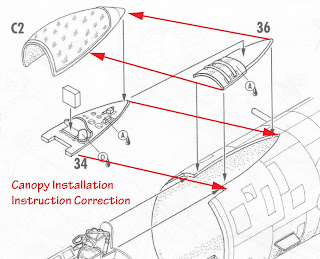 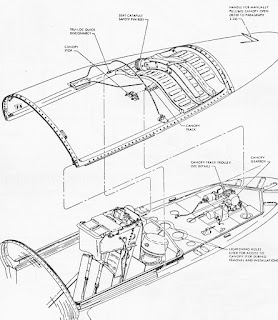 The resin afterburner nozzle is molded along with what appears to be a turbine wheel and exhaust cone. The latter isn't called for in the instructions and appears to have been an early misunderstanding of the internal configuration of the engine since it looks like the aft end of the turbine section. It should not be used. Another part, 70, is identified in step 7 and reasonably represents the location and configuration of the afterburner flame holder.