Mark Nankivil has been scanning material from the Gerald Balzer collection and keeping me in mind when he comes across something that will be of interest to me. In this case, it was the McDonnell lines drawing for the production F-111B forward fuselage. McDonnell was involved with the F-111B program because they were the subcontractor for the crew escape capsule. When Grumman raised the canopy to improve visibility on approach for the production F-111Bs, McDonnell had to modify the capsule.

I had previously only had a few bits of data (fuselage length increase, windshield angle change, and height increase); a small and somewhat crude three-view drawing; and pictures of the sixth and seventh F-111Bs with the longer nose (but not the raised canopy) to work with. I also assumed that the capsule interface with the fuselage remained the same all around to minimize tooling changes. I was therefore surprised to see that Grumman, in addition to raising the canopy, had lowered the interface of the windscreen with nose, thereby further improving visibility over the nose. I had noted by reference to the pictures of the F-111Bs with the longer nose that they had lowered the radome slightly, which now makes even more sense. 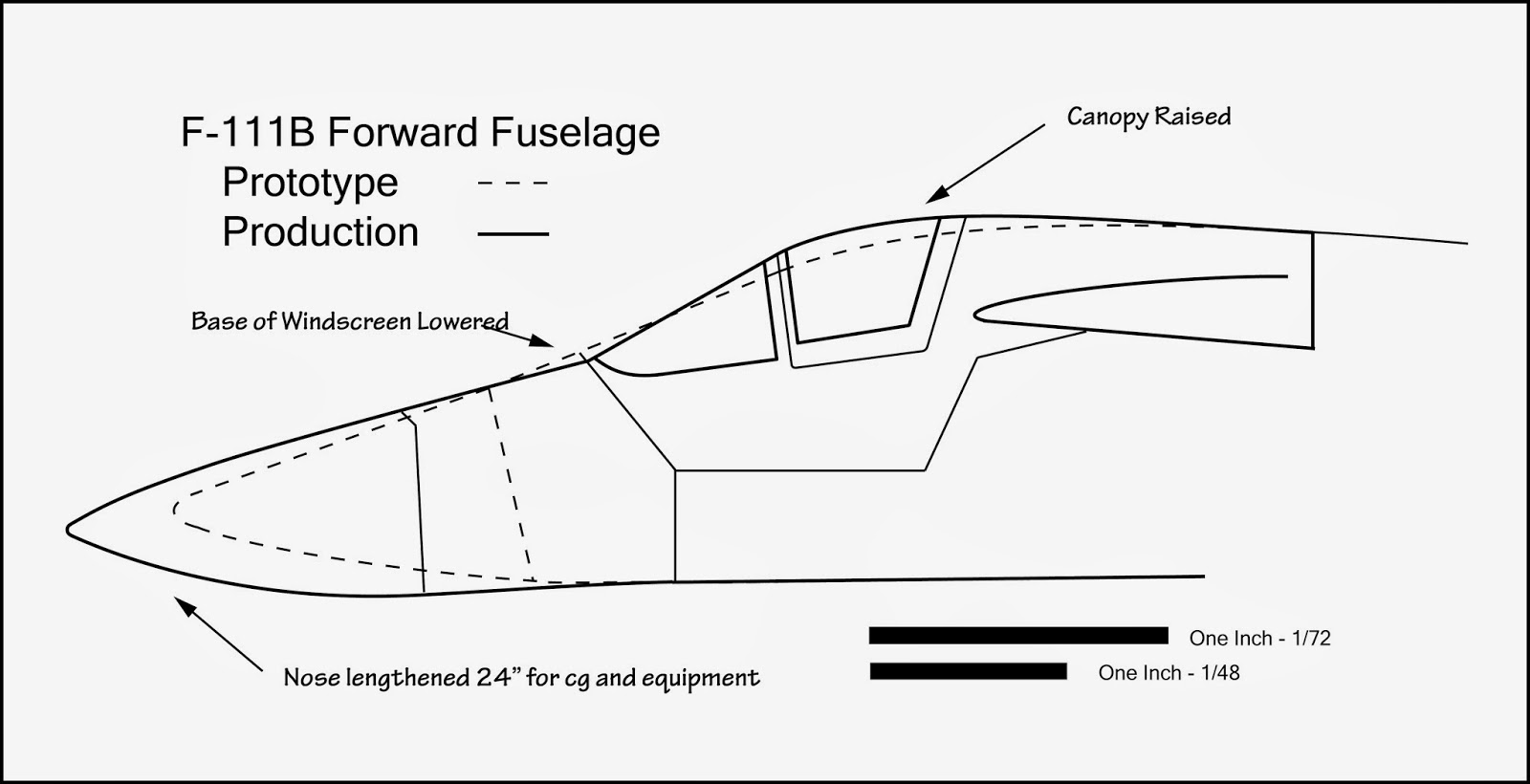 On the two interim-production F-111Bs that flew, the upper side of the nose was modified from the production configuration to marry up with the forward bulkhead of the original escape capsule. 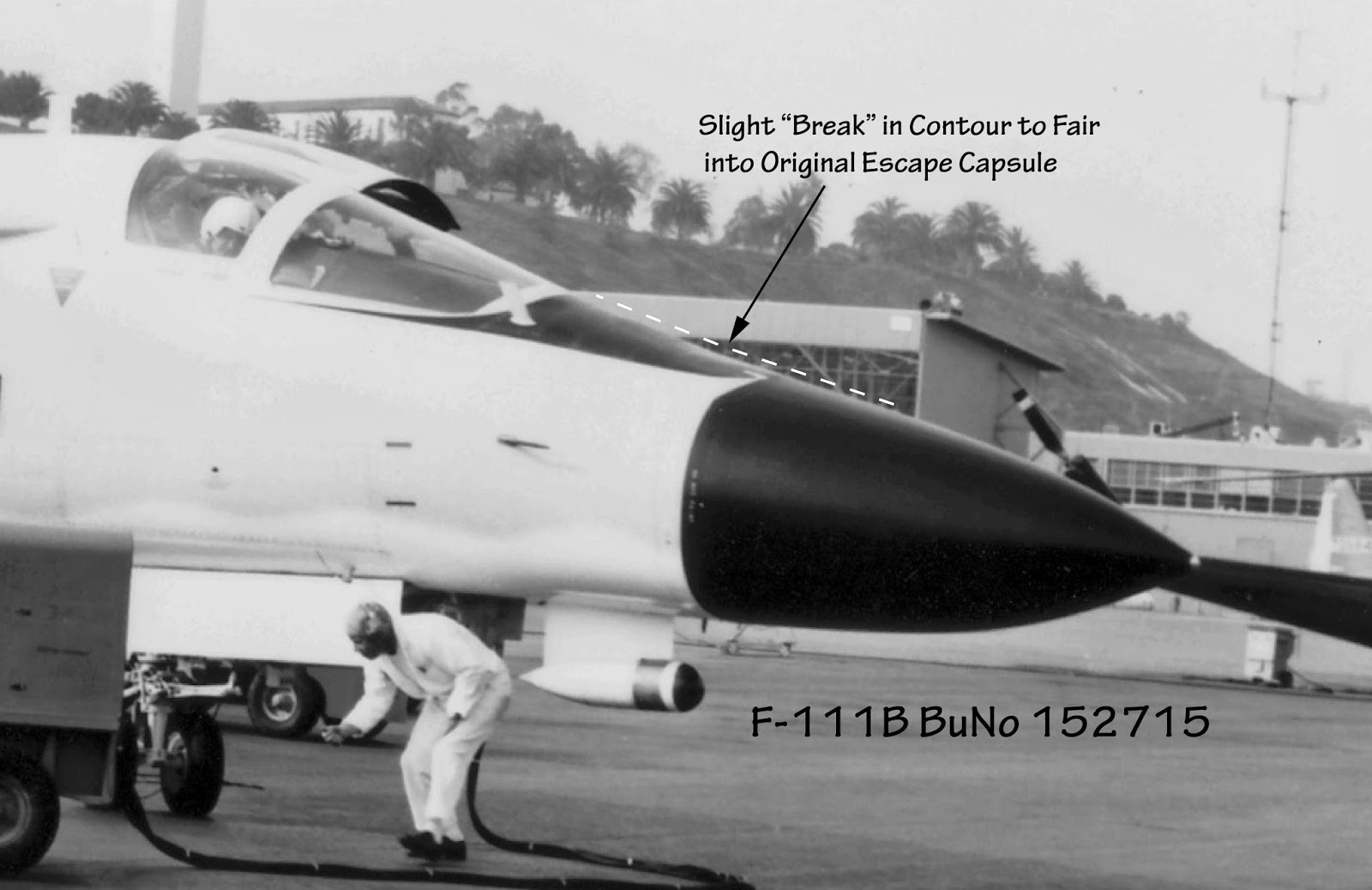 I'll note once again that the at-sea F-111B trials were conducted with an F-111B that did not have all the changes known to be forthcoming in the production aircraft (see http://thanlont.blogspot.com/2009/03/f-111b-carrier-trials.html). As a result, any deficiency related to visibility on approach was already being corrected. 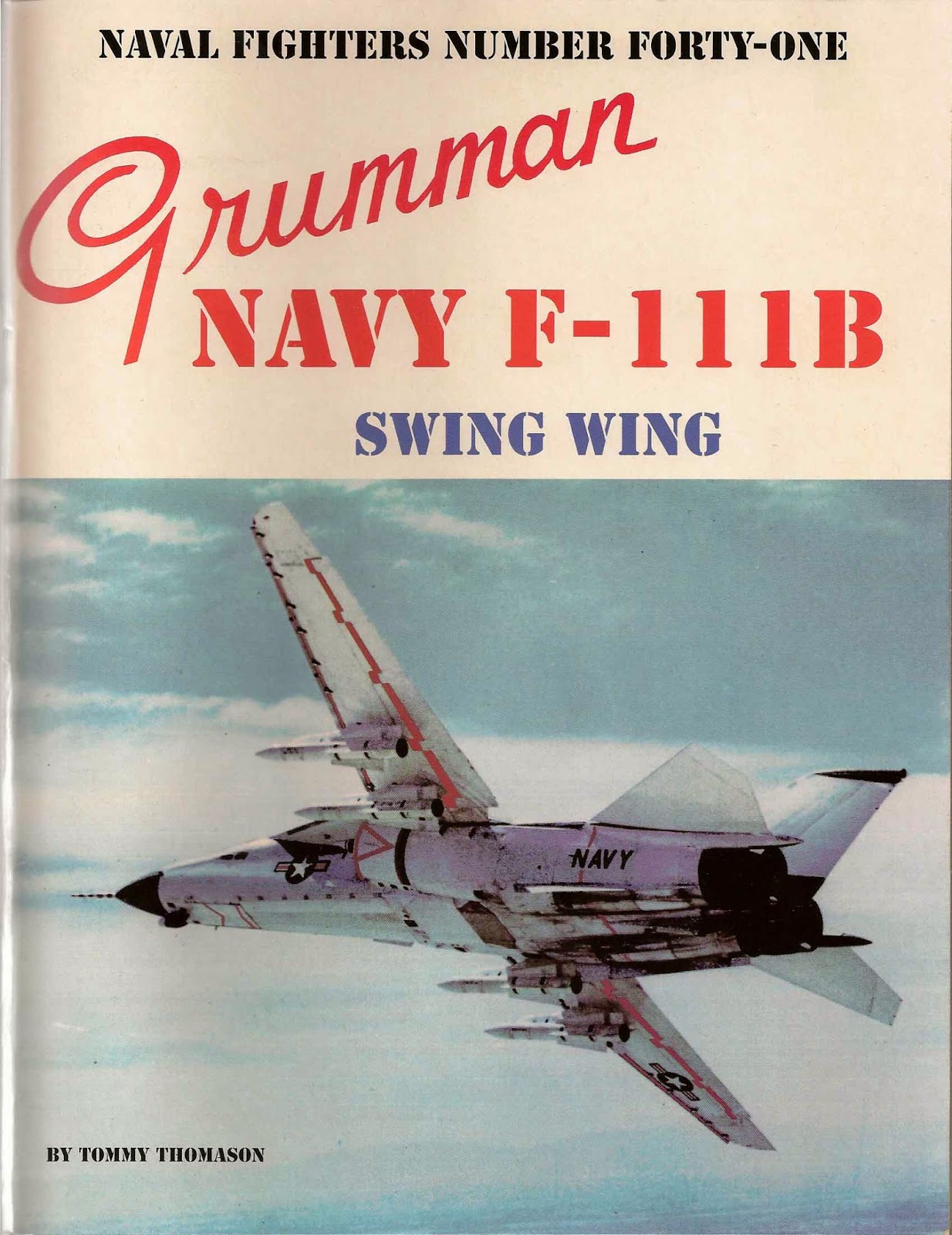