This is another one of those works in progress. Note: For the very best book on the A-6, see http://thanlont.blogspot.com/2012/12/grumman-6-intruder-history.html

There were three different A-6 wings as distinguished by the wing-fold mechanization (there were some other detail differences among the bomber wings that I might get around to illustrating sometime): 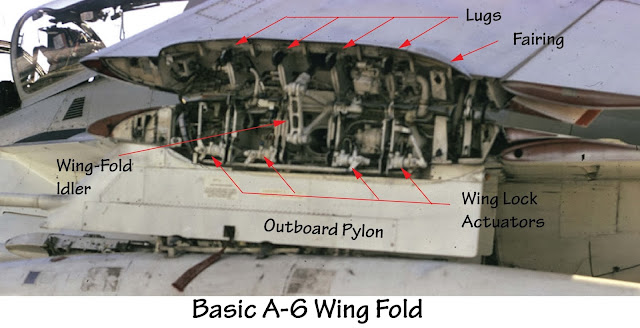 (Cropped from a picture by Norm Filer)
For a better picture of this wing-fold arrangement, particularly the lugs, see Howard Mason's pictures here; http://www.primeportal.net/hangar/howard_mason/a-6e/

For a closeup picture of the fairing over the A-6 metal-wing fold joint other than the EA-6B's, see http://tailspintopics.blogspot.com/2014/01/grumman-6-wing-fold-differences-part-2.html

The EA-6B used the same wing-fold actuation arrangement as the basic A-6 wing (an idler driven by two actuators, one in the inboard wing section and one in the outboard wing panel) but the wing-lock lugs were now horizontally oriented. I don't know the reason for the change, but it must have been compelling. Note that the wing-lock actuators are now oriented vertically, which required the addition of a large fairing on the outboard pylon (it covers the aft-most wing-lock actuator).

Here are two more pictures that illustrate the Prowler wing fold area. Note the small "shelf" on the forward section of the fairing on the pylon required to close a gap in the lower surface of the outboard wing panel. It's also evident that because the lugs and mating forks are horizontal, the lower surface (which is facing up in this picture) of the lug is slightly beveled or tapered so it can slide into the gap between the mating fork on the inboard side of the wing fold (those also appear to be angled slightly upward). 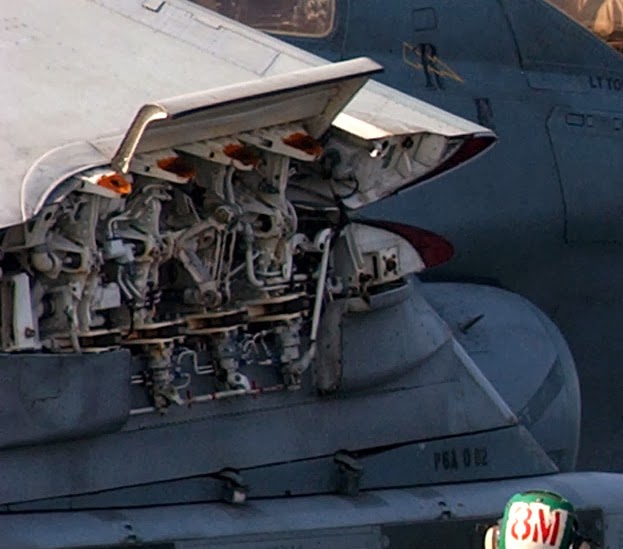 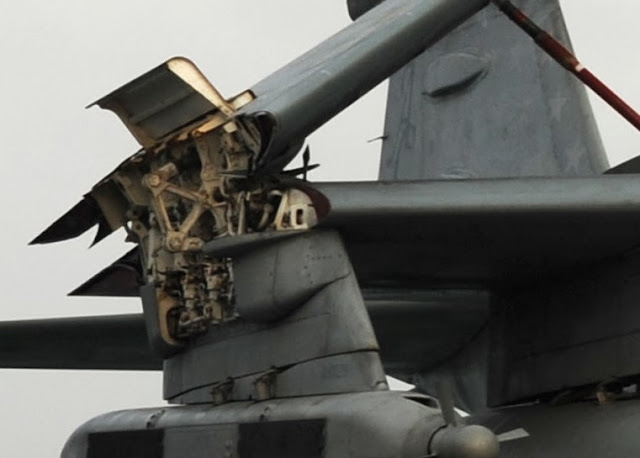 The fairing on the upper surface of the wing was much wider on the EA-6B than on the original wing. 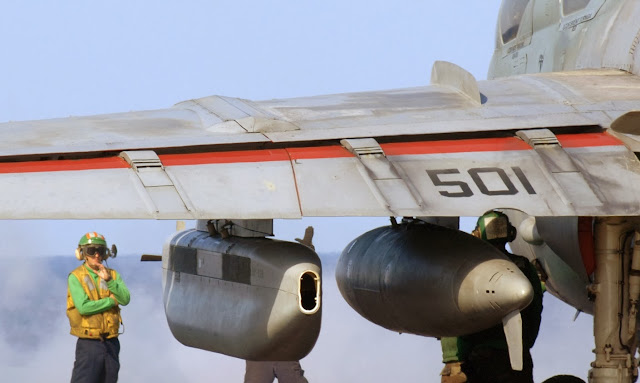 The A-6E composite wing fold had horizontally oriented wing-lock lugs like the EA-6Bs but they were slightly different in configuration; the major change was the substitution of a rotary actuator  for the two linear actuators and idler link of the A-6 metal wings. There was a large fairing on the outboard pylon like the EA-6B's but there was no gap in it. 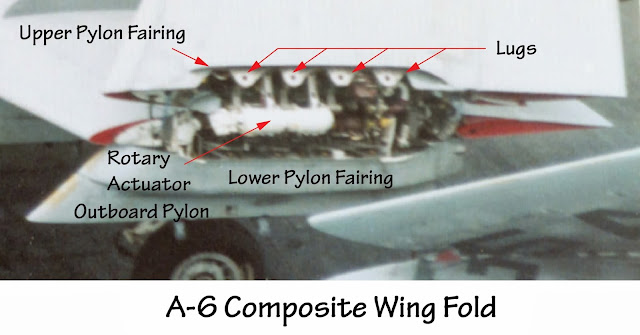 For another picture of the wing fold joint and more of this A-6E displayed on Midway, click HERE.
You should also explore Graeme's web site: http://www.grubby-fingers-aircraft-illustration.com/

The fairing over the fold joint on the upper surface of the wing was very similar to the EA-6B's but not identical. See Part 2, http://tailspintopics.blogspot.com/2014/01/grumman-6-wing-fold-differences-part-2.html. 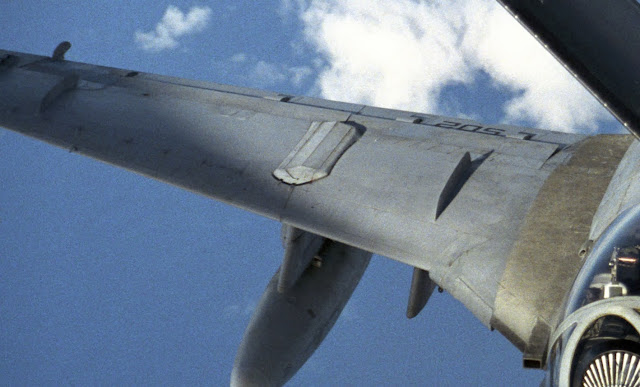 If anyone has better pictures of any of these wing-fold areas, I'd be happy to substitute them.
Posted by Tailspin at 9:36 PM