This is a placeholder for a more detailed discussion of the North American AJ Savage program.*

North American won a Navy competition for a carrier-based atomic bomber in 1946. It was big enough to carry the projected 10,000-lb Mk 4 atomic bomb.The bomb bay was clearly sized in cross section by its 60-inch diameter. I have wondered why it was so much longer. My best guess is that in was sized in length by 2,000-lb bombs. 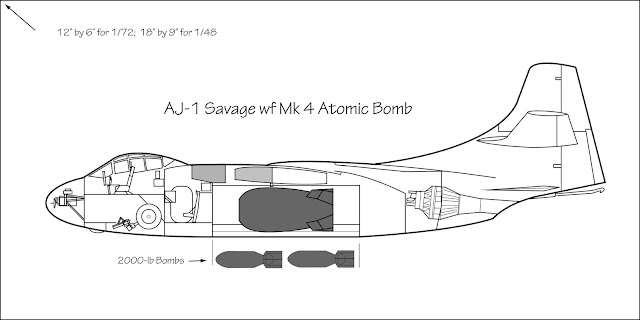 Note that the AJ-1 had the short canopy with the third crewman's seat on the left side of the fuselage across from the entry door. The AJ-1s originally had dihedral in the horizontal tail and a very large rudder. After a fatal crash in flight test, the stabilizer dihedral was eliminated, the rudder reduced in size, and the vertical fin increased in height and chord. That left the shorter canopy and the different nose landing gear door arrangement as the only external configuration differences between the AJ-1 and -2.

Both the AJ-1 and the AJ-2 had a small fairing for an antenna ahead of and just to the left of the nose gear door. When equipped with the ASB-1 bombing system, they also had a periscope fairing on the right side of the nose (the fairing was jettisoned before a bombing run): 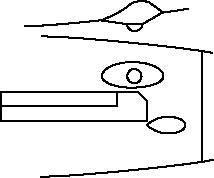 Note that this illustration above depicts the two-piece AJ-2 nose landing gear door and the periscope dome after the fairing was dropped. 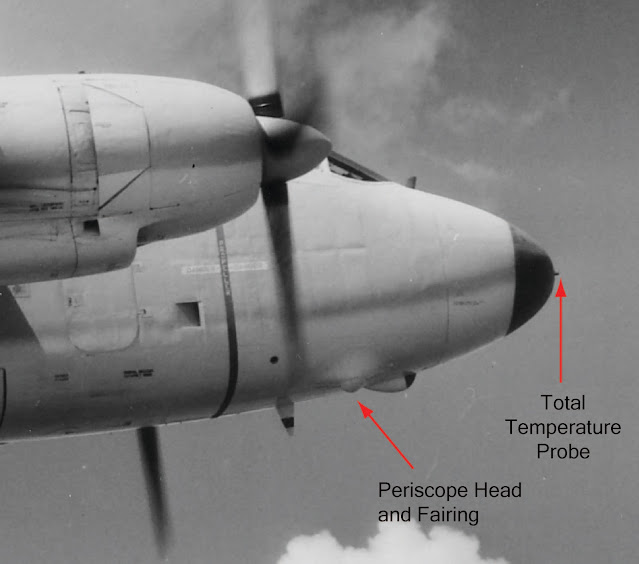 In response to a question about the tip tanks, they originally had a clear tip for left and right position lights. (Note that the wings are folded in this picture so the tanks are almost upside down...) 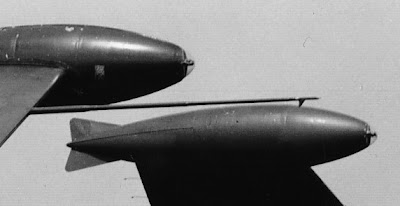 Subsequently, the inboard half of the tip was either painted (in some cases it looks like Corrogard) or otherwise made opaque. 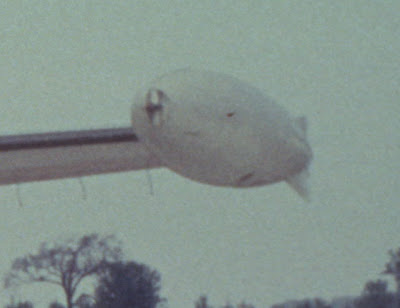 Tip tank location (these are AJ-1s that have been retrofitted with the AJ-2 empennage): 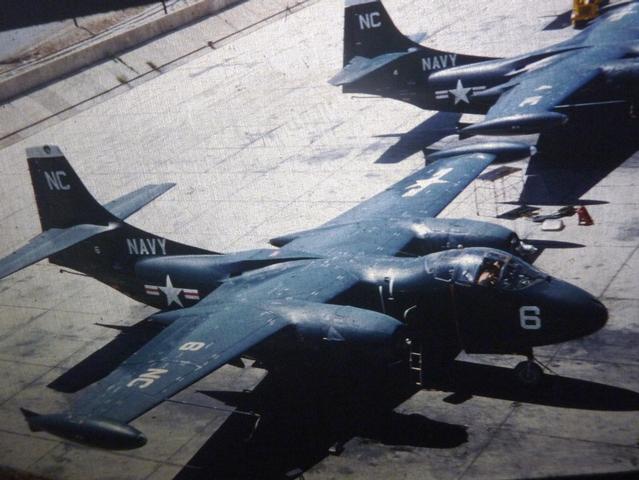 Although my CD produced for Nostalgic Plastic's sales of the Anigrand AJ-2 (now sold out as well as out of production) is no longer commercially available, for the time being this blog entry only contains material not covered in the CD or errors in the material that is included. For example, I didn't know at the time that the AJ-2 vertical fin (retrofitted on the AJ-1 along with the rest of the empennage changes) was 12 inches taller than the AJ-1's. However, the kit's vertical fin is the correct height. Since I provided the material on the CD to Nostalgic, I have also photographed the interior of the AJ-2 at the National Museum of Naval Aviation and therefore have identified some minor corrections to the kit's interior. See http://tailspintopics.blogspot.com/2013/04/aj-2-savage-cockpit.html.

I built an AJ-1 model from the Airmodel "kit," working on it intermittently for more than a decade. 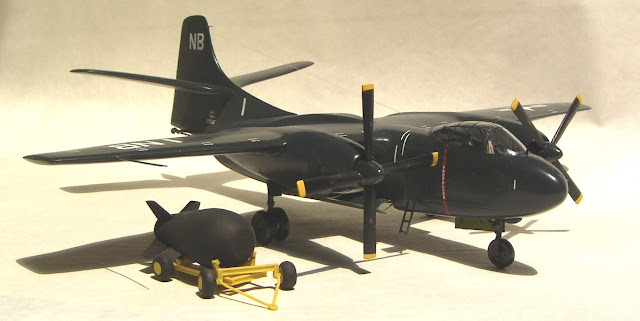 The landing gear and propeller blades were provided by bits and pieces sold by Roberts Model once upon a time. A replacement canopy was vacuformed from a master created from the one in the Mach II AJ Savage kit, which is another huge time waster. The Mk 4 and cart shown above was from 12 Squared and is out of production. However, Spectre Resins produces a Mk 6 which is basically the same except that it had reinforcing ridges around its mid section. No cart, though.

The great Gordon Stevens (Rareplanes, among other brands) also produced a vacuform AJ kit which was very good for the type and could be built as either the AJ-2 or -2P. It included decals. However, it is long out of production and the AnigrandRoden kits are more accurate in a few areas like the propeller blades.