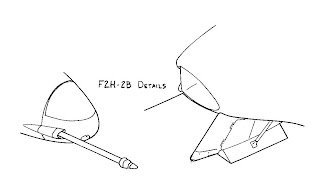 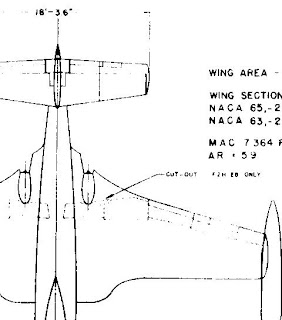 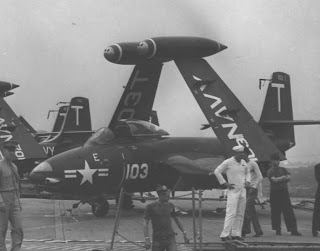 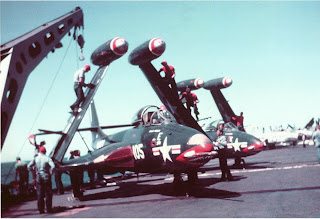 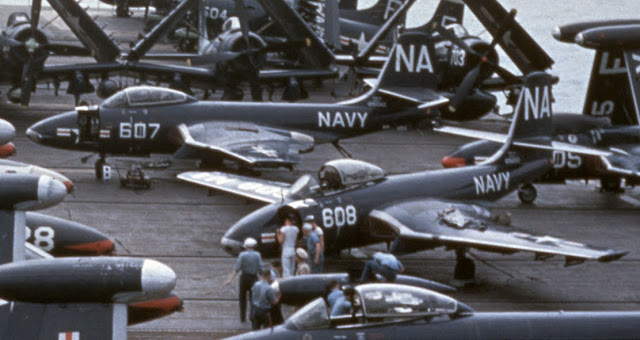 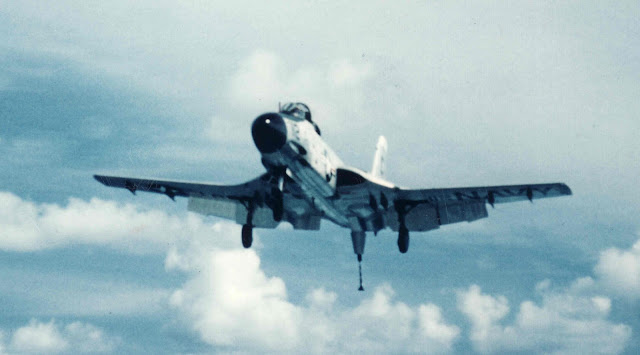 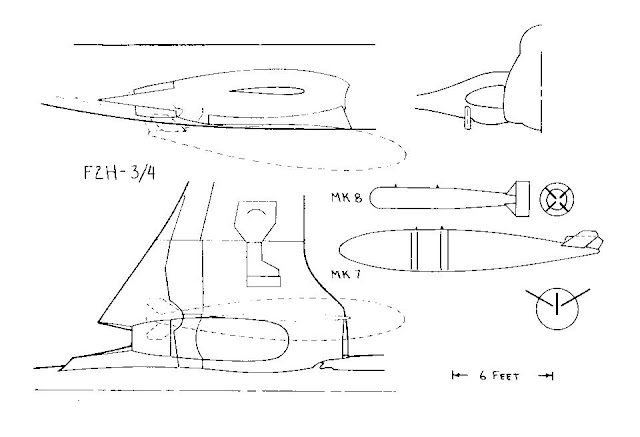 Note that all the shock struts are fully extended to provide a modicum of ground clearance although a video of a launch suggests that only the main gear struts were over pressurized to load the store; the nose gear strut was subsequently extended as usual for the catapult launch. This picture also shows the tail cone on the Mk 7 being rotated counterclockwise (looking forward), in order to clear the jet tailpipe; it's not clear on the video, but it appears that this wasn't absolutely necessary. 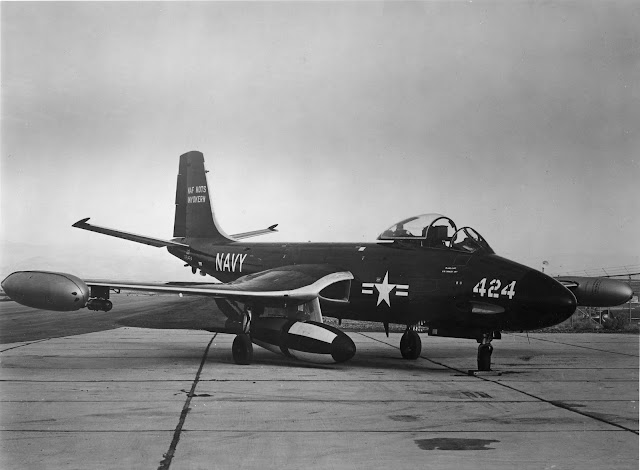