This is another work in progress. There are various drawings of the F3H-G/H that preceded the AH and subsequently the F4H. This is one rough draft I've done from an early F3H-G McDonnell drawing (the 10 cm scales it to 1/72nd) with J79 exhausts that were included on the drawing side view as an option; I had to correct the front view rather extensively: 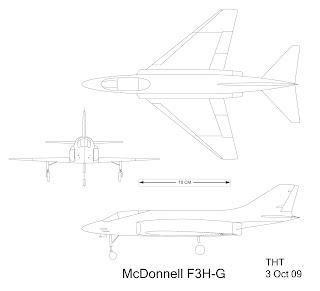 This a later McDonnell three-view. It's similar but the landing gear has been shortened and there are other detail changes like the shape of the vertical fin and rudder. It doesn't show different engine exhausts, but I assume that the draftsman just didn't bother: 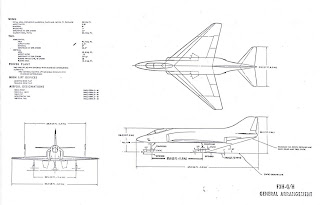 The F3H-G/H mock up was also a bit different in detail and doesn't seem to have had a landing gear at the time. The inlets appear to be larger and there is yet another variation of the vertical fin. It did depict the different sizes of the Wright J65 and General Electric J79 afterburners, with the J79 on the right side of the mockup and the J65 on the left. 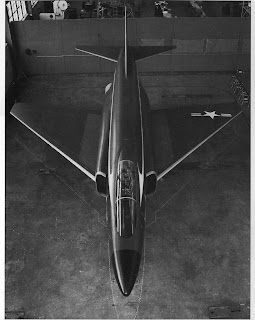 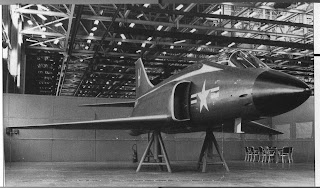 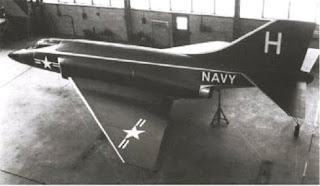