29 June 2015: I've added Richard Brumm photos of the fin antenna mounts on the KA-3B at the Western Aerospace Museum in Oakland, California.

High Frequency (HF) radios are used for communication over very long distances. The A3D's HF radio antenna was originally enclosed in the leading edge of the vertical fin. External wire antennas like the ones on the EKA-3B above therefore weren't present on bombers early on. Over time, however, many A3Ds began to sport them. Their termination points on the vertical fin suggest that they might have been integrated with the internal HF antenna: the attach points are near the top and bottom of the leading edge fairing, usually on the left hand side of the fin. 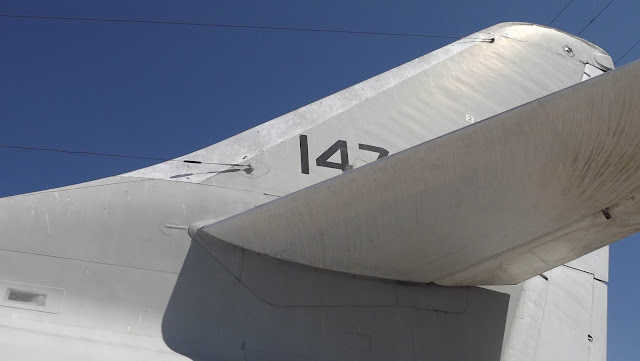 Richard Brumm Photo
Note that the lower antenna appears to have—from left to right—an insulator,  tensioning device, and ball/socket attach point, suggesting that it does not connect to equipment within the fin like the upper antenna.

There doesn't seem to be any consistency with respect to the number of antennas or their termination points. In the documentation that I have, only the A3D-2Q (EA-3B)—the electronic reconnaissance or ELINT version—includes an external HF antenna in its mission equipment suite.

For example, the lower attach point on some A3Ds is the right side of the fin.

I photographed a Reserve KA-3B with two antennas that were both attached in the upper position, one on each side (this may be rare). 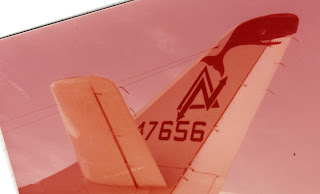 On airplanes with only one antenna, it was usually the upper one. There are, however, examples of a single lower antenna.

The attach points at the canopy were generally the same on both bombers and variants; if there was only one antenna, it was usually attached to the left side (the rearward-facing-seat occupant was originally responsible for HF communications). 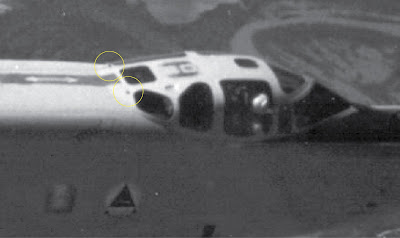 This is TA-3B (A3D-2T) canopy shows the antenna post on the left rear side of the canopy and what looks like an antenna wire termination aft of the canopy on the right side. (Also note that on the TA-3B, the left rear seat on the flight deck faced forward, in part because these airplanes did not have the tail turret.) 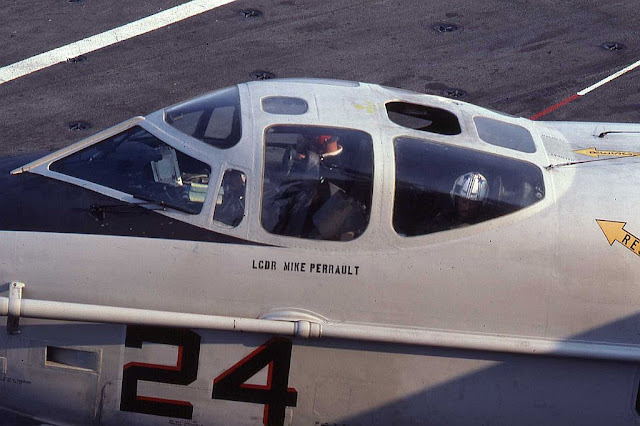 Hopefully, someone will read this who knows the external antenna whys and wherefores and chime in.

What looks like venetian blinds in the right rear window of some A-3s is the sense antenna for the AN/ARN-59 DF system. There was a similar but much less prominent antenna here for the AN/ARR-15 MHF radio receiver in very early A3Ds.