It's taken me a while to sort out some of the details so I hope someone is interested in knowing them. For the A3D overview post, see http://tailspintopics.blogspot.com/2010/09/mighty-skywarrior.html

The first surprise several months ago was that the bomb bay doors did not end at the aft bulkhead of the bomb bay. 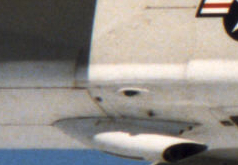 It turned out that the aft actuator for the bomb bay door was actually located in the main landing gear wheel well just aft of the bomb bay. 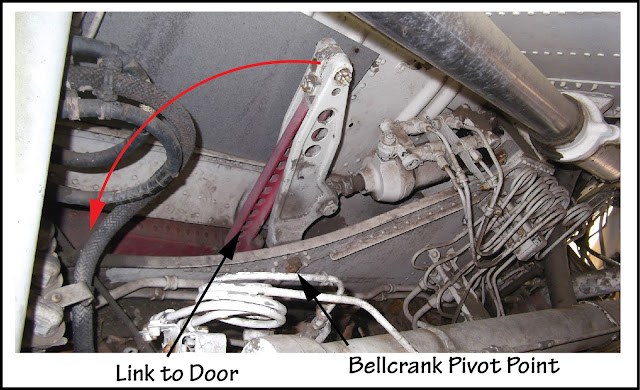 (The mechanism is shown with the bomb bay closed; the bellcrank is vertical fore-and-aft and nearly vertical side-to-side.)

This odd arrangement may have resulted from the decision to increase the length of the bomb bay by six inches very early in production.

There is a slot in the belly above the aft end of the bomb bay door for the bellcrank and link to extend through. 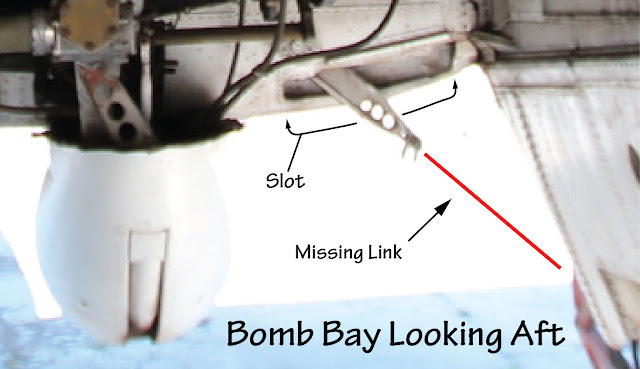 This is a very rough depiction of the location of the slot viewed from the side. 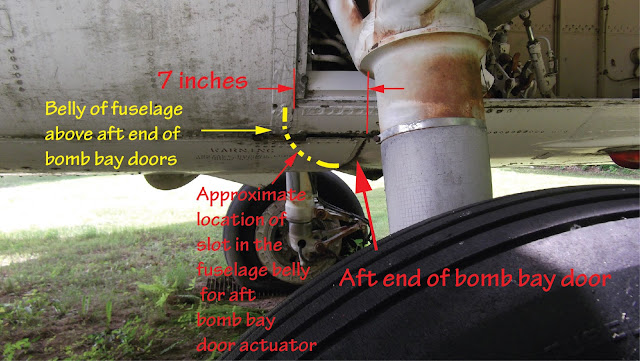 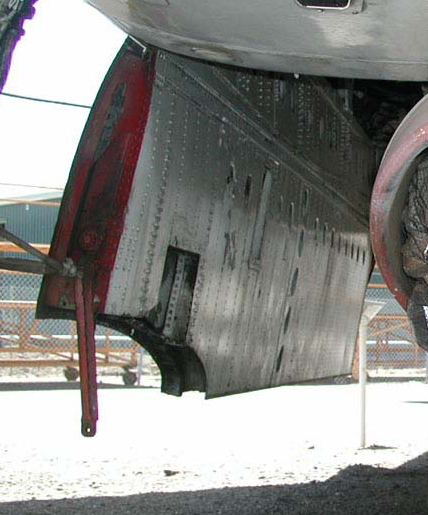 Note the disconnected link hanging down from the door; it is the missing link in the picture above taken looking aft.

What I thought was a "missing link" in the forward bomb bay door actuator mechanism (see Bill Abbott's picture below) is almost certainly a lock to keep the door from closing when someone is standing in the bomb bay opening (see comment below). The door actuator is probably located on the other side of the bulkhead on which the mechanism is mounted. Given the lengths of the big white upper and small red perforated links, it would be impossible for an actuator to be located where the "missing link" is identified. In fact, there's probably a slot in the big white link for the small red one to go into when the bomb bay door is closed. 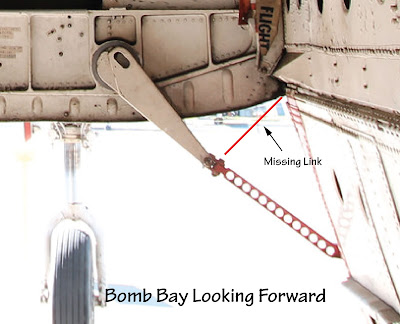 Bill Abbott took this picture of one that still had the red and white striped lock installed (note the remove-before-flight tag). 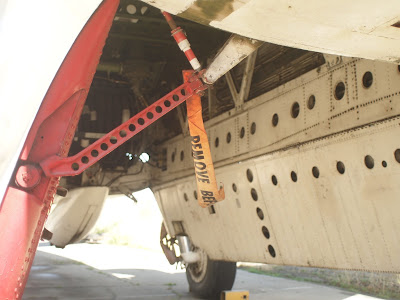 The depth of the Skywarrior bomb bay was established by the five-foot diameter of the earliest nukes using the implosion initiation mechanism. They were also armed in flight after takeoff requiring access to the bomb bay from the cockpit. 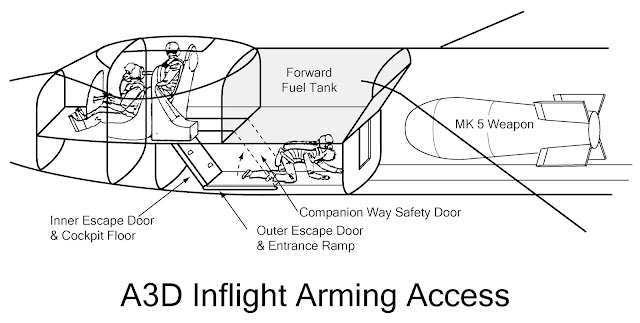 The full depth wasn't needed for smaller nukes and conventional bombs, so a removable auxiliary fuel tank was added to the top of the bomb bay. Its support structure incorporated bomb rack shackles so the airplane could still be utilized as a bomber.

The extra fuel capacity became particularly useful when the Whale began to be utilized for inflight refueling;

The tanker hose reel was mounted in the aft end of the bomb bay. 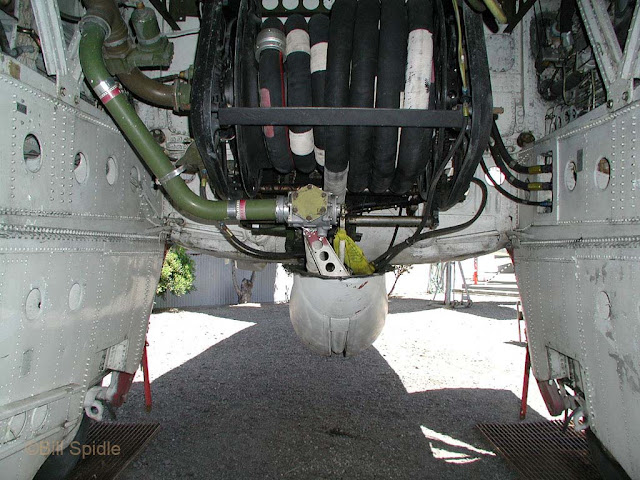 The hose reel assembly looking forward from the right side: 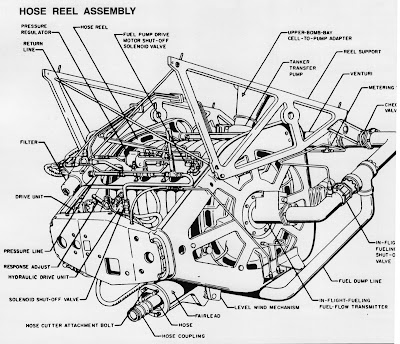 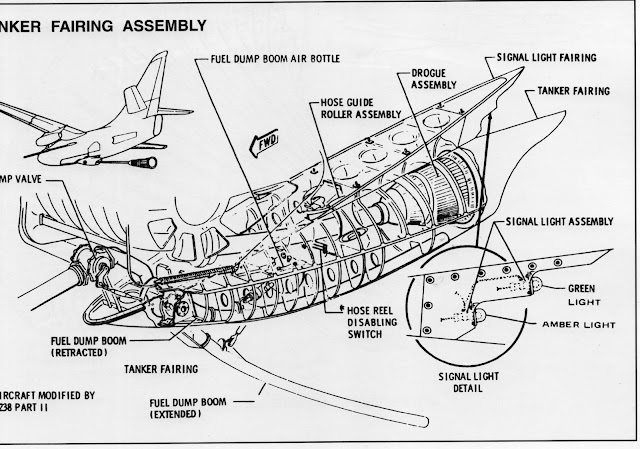 Note the retractable fuel dump boom that augmented the standard wing fuel dump capability to get down to landing weight quickly. 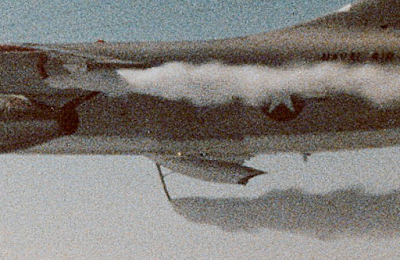