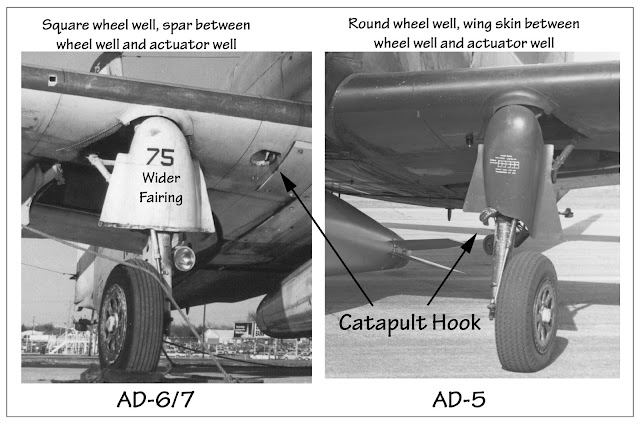 The following picture of the AD-5 main landing gear wheel well was cropped from a Jim Robbins photograph of a suspended EA-1F (AD-5Q). On the AD-5, like all ADs, the gear strut, when retracted, was actually below the wing and not in it.

Note that the gear actuator well is symmetrical from side to side but the forward facing fairing is not.

The AD-6/7 wheel well was open from the aft side of forward wing spar (the gear actuation mechanism was attached to its front side) to the aft wing spar. 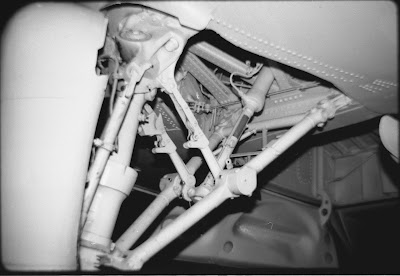