Kitty Hawk has announced a 1/48th scale kit of the F2H-3/4, which is a welcome addition to the modeling catalog, at least for Naval aviation enthusiasts. The three-view that they've published, however, appears to have some small errors and I'm trying to contact them to offer assistance. On line comments on the kit have also revealed a lack of knowledge about the F2H derivatives. If your Banshee background is a little weak or you want to know more about the airplane, see http://tailspintopics.blogspot.com/2009/12/f2h-banshee-modeling-notes.html

I thought I had posted this old Tailhook Topics article about converting one of the -2 kits (and the Hawk/Testor's kit was actually based on a XF2H-1 flight test article) but apparently not: 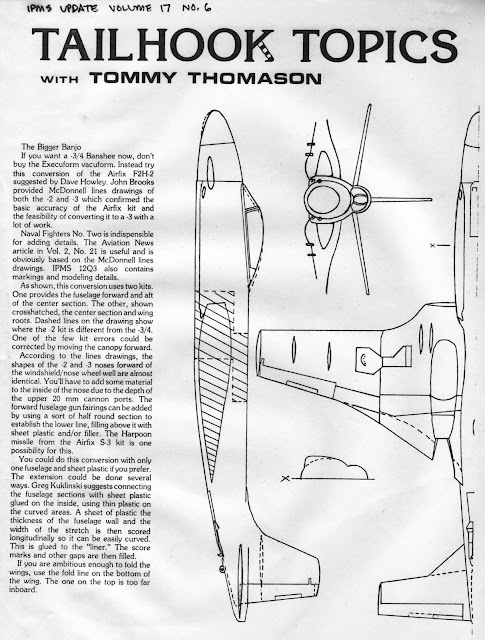 Note for example the difference in the size of the horizontal tail between my drawing, which was based on a  pretty good McDonnell lines drawing, and the Kitty Hawk illustration that you can find on modeling sites.