The trainer designation for the TA-3B is a little confusing since it was a bombardier trainer, not a pilot trainer. Although you can find otherwise, I'm pretty sure that no Skywarrior ever had dual controls.

It was a Version as opposed to a Bomber. For an explanation of that and a bit more background on the TA-3B, see: http://tailspintopics.blogspot.com/2010/09/mighty-skywarrior.html

There were some notable external differences between the TA-3B and the other Versions.

The third crew position on the flight deck faced forward.

The canopy configuration was unique. 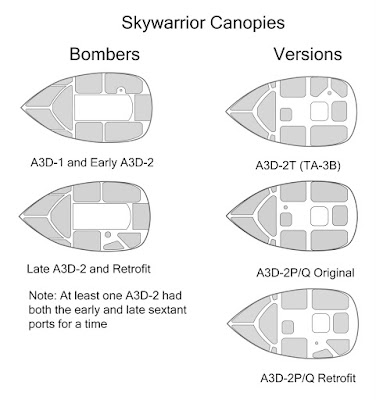 The bombardier crew position was relocated to the cabin, so the periscope fairing was located farther aft. It had windows on both sides of the cabin instead of only on the right like the EA-3B.

The 20 mm turret was just a sheet metal fairing with a window on its lower side for a camera to score bombing accuracy. 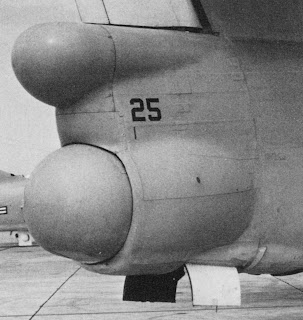 Since it did not have a bomb bay, wing pylons were added to carry practice-bomb dispensers. These pylons were subsequently used on A3Ds modified for missile launch and other test requirements and the aggressor ECM jamming trainer requirement (ERA-3B). (Note that the wing shown is the original one; all the TA-3Bs had the CLE wing: see link above.) 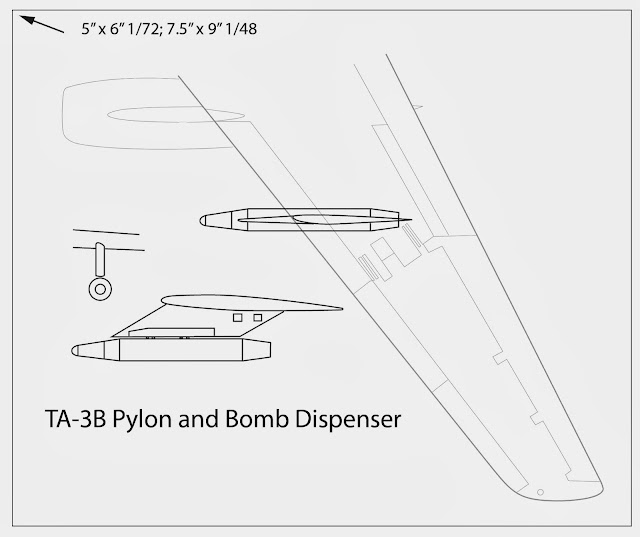 Rick Morgan provided pictures of a VAH-123 TA-3B with the practice-bomb dispensers on the pylons: