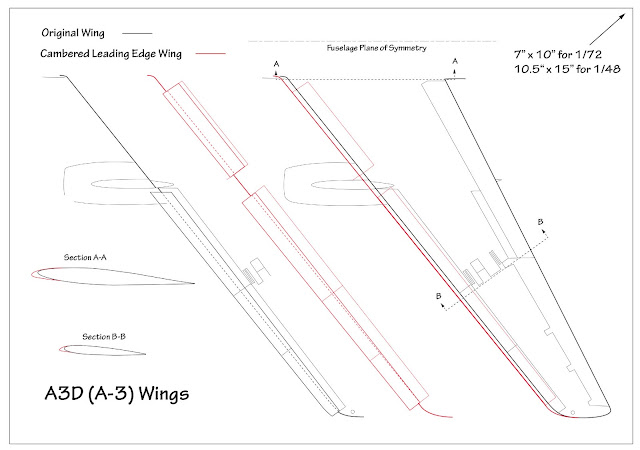 (Note that there wasn't perfect consistency among the various Douglas drawings that I used to create the above illustration, so it shouldn't be used to correct trivial differences on the Trumpeter or Hasegawa kits.)

Some configuration details to watch out for:

The most inboard CLE slat did not extend as much as the outboard slats.

There was a small fairing added on the inboard side of the engine pylon when the CLE wing was introduced. 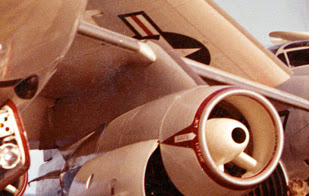 The A3D slats were aerodynamically actuated so they opened automatically as the airplane was slowed to approach speed (strictly speaking, as angle of attack increased). On the original wing, the most outboard slat closed due to gravity when the wings were folded; according to the flight manual "the outer wing inboard slats on each wing are mechanically extended when the wings are folded" in order to avoid damage to the wing and that slat.

On the CLE wing, for some reason, both slats on the folding wing panel were allowed to close when the wings were folded.

Note that the ailerons drooped downward on both the original and CLE wings.