When I was working with Anigrand to provide the data for their excellent resin 1/72 AJ-2 Savage kit, I didn't have much on the cockpit. This is my crude sketch from memory and notes from when I was in the cockpit of the Lycoming AJ-2 at Stratford. 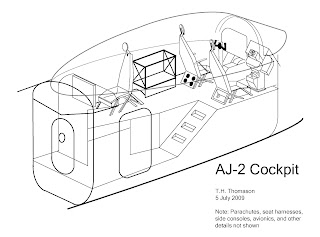 It turns out that it actually looks more like this: 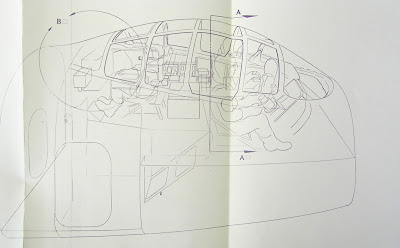 Since then, I've had the opportunity to photograph the cockpit of the same AJ-2 now at the National Museum of Naval Aviation at Pensacola. It was a former civil fire bomber used by Lycoming to test a jet engine suspended from the bomb bay so the AN/ASB-1 equipment had been removed, but otherwise I would guess that it was stock although the seat headrests have been removed. My drawing was pretty close except I had three indented steps leading up to the flight deck instead of two...

Note that the cockpit changed notably between the AJ-1 and the AJ-2. The pilot's control stick was replaced by a control wheel and the engine controls being moved from the left console to the center console. The crew chief was moved up from the lower compartment to the flight deck and the big circuit breaker panel was moved from the pilot's left back to the crew chief station. This is a picture of a North American flight test AJ-1 that is also missing the AN/ASB-1 and probably some other stuff. However, it shows the control stick and the throttle quadrant on the left console: 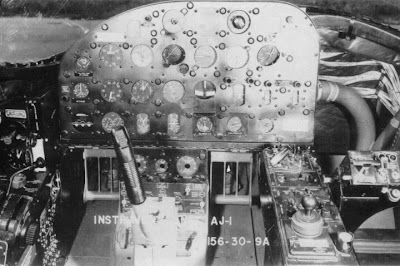 Most of the cabin door could be jettisoned for bailout with a small section remaining on the hinges as a wind break. 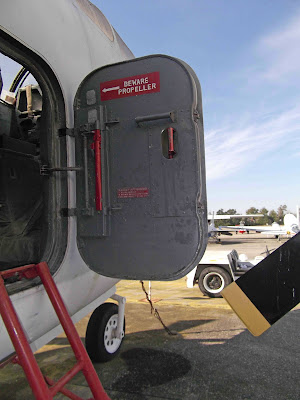 The ladder to the cabin folded so it could be stowed in the airplane. 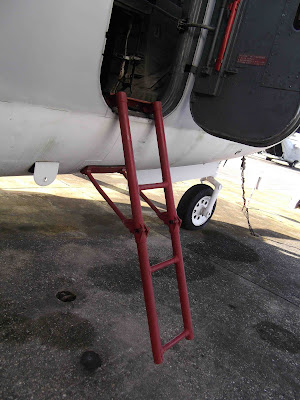 The view from the cabin door directly into the area under the flight deck. 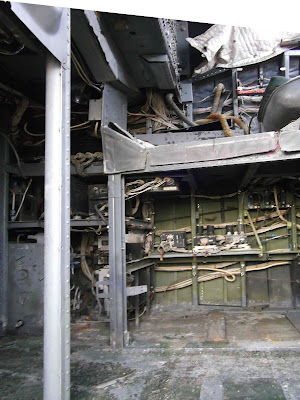 The view from the cabin door up to the flight deck. Note that there is a passageway under the flight deck on the left side of airplane for maintenance access. 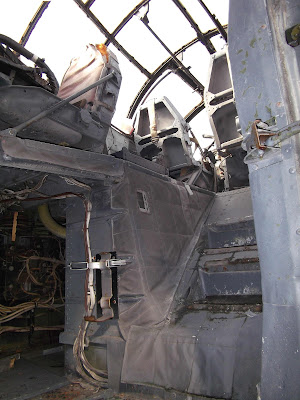 The steps up to the flight deck also functioned as a slide down to the cabin door. (The pilot and bombardier seat backs could be collapsed aft for less impeded access to the slide.) 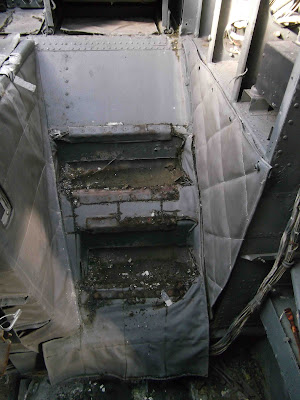 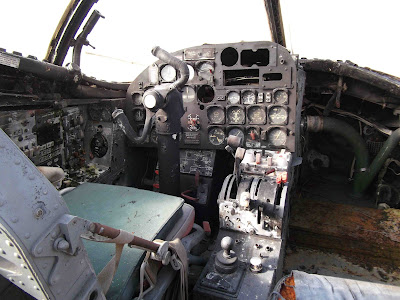 For a description of the bombardier's position, see http://tailhooktopics.blogspot.com/2013/01/aj-savage-bombardier-station.html

The left console (yes, that is an ash tray painted red on the left): 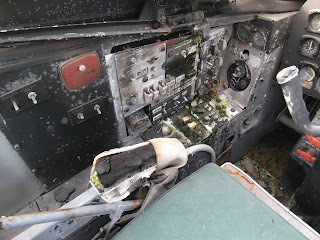 The crew chief's panel. On the other side of that bulkhead is a fuel tank with a V-shape bottom in cross section: 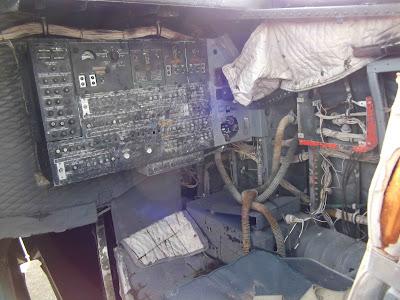 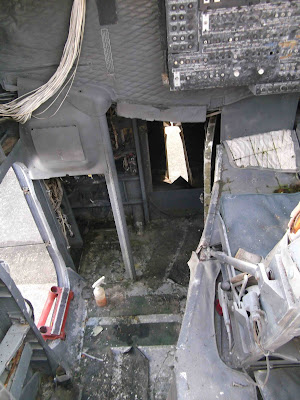 The door to the bomb bay when closed: 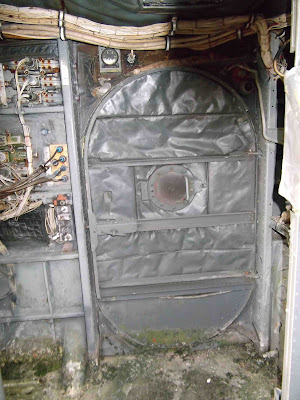