The U.S. Navy's involvement with liquid-cooled engines lasted long after air-cooled engines replaced them on its carrier-based fighters. Click HERE for a summary history and more information on the this entry's topic.

In mid 1944, the Bureau of Aeronautics asked North American to submit a proposal for a navalized P-51 Mustang. The resulting NAA-133 was based on its P-51H and to be powered by a Merlin V-1650-11 engine. The wing was redesigned to increase the wing area by 10 square feet (an increase in wing chord of about three inches since the wing span was not changed), substitute larger and slotted flaps, and incorporate wing folding. The ailerons were enlarged and hydraulically boosted. 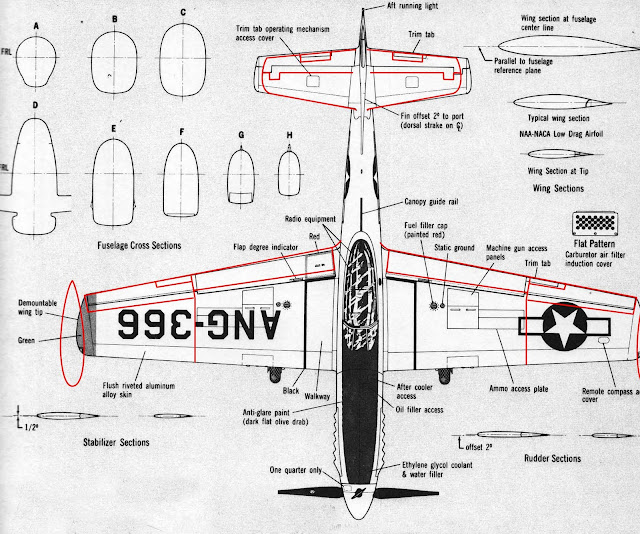 The landing gear was strengthened and an arresting hook and catapult hook added.

The Mustang’s fuselage fuel tank was deleted and the wing fuel capacity was reduced to 150 gallons. The elimination of the fuselage tank allowed for a smaller horizontal tail while maintaining adequate longitudinal stability. The reduction in internal fuel capacity was to be offset by the addition of 50-gallon tip tanks when required.

There is a drawing on the interweb that shows the wings folded to a vertical position rather than continuing past vertical to reduce overall height. It also shows the tail wheel door extending aft to the rudder post. I don't have any corroborating information as to either detail.

The P-51H fin height was increased shortly after production began and presumably the same change would have been incorporated on a Navy Mustang.

There is an excellent P-51H kit available from Czech Master Resin: 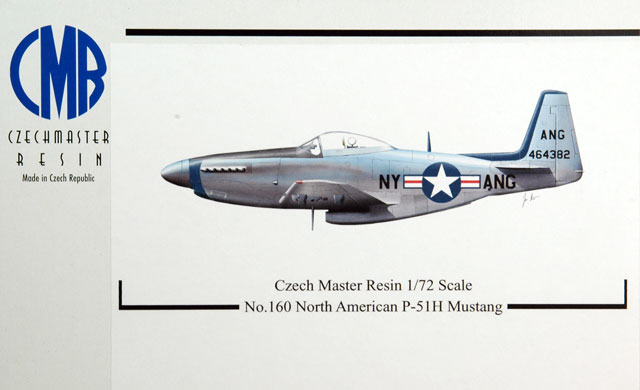 It includes both the original and taller tail. Click HERE for a review.

A similar conversion to represent the P-51D carrier trials airplane could be made from any P-51 kit. 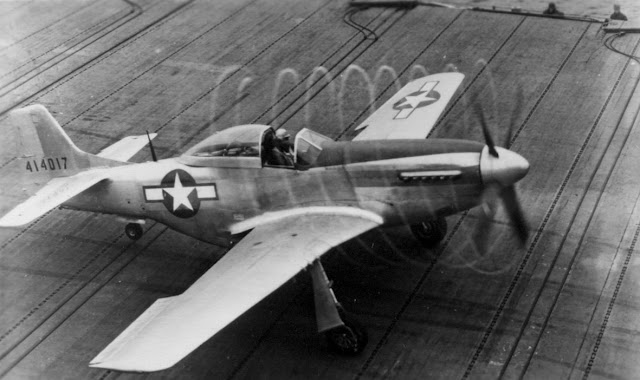 This is the illustration from my very first Tailhook Topics column for IPMS USA, which appeared in the Update, Volume 16 No.2:

No Bureau Number or "Navy" appeared anywhere on the aircraft in the few pictures which have been published. The aircraft retained the .50 caliber guns and wing bomb racks during the carrier trials. The tail hook was attached just aft of the tail wheel well with the hook point just behind the rudder post. The bottom of the rudder appears to have been just slightly cut out for the hook point.

The tailhook installation. Note that there is a hold-back link behind the hook point. 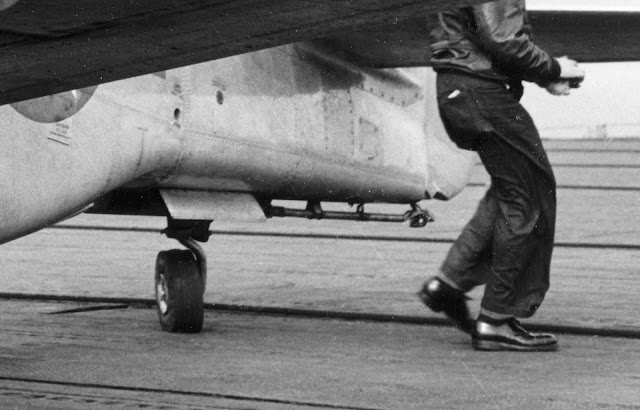 An even rarer P-51 was operated by the Navy as BuNo 57987. It was Army Air Force Serial No 41-37426, one of a production lot of Mustang Mk 1As that were to be delivered to the RAF, many of which were taken instead by the Army Air Force. 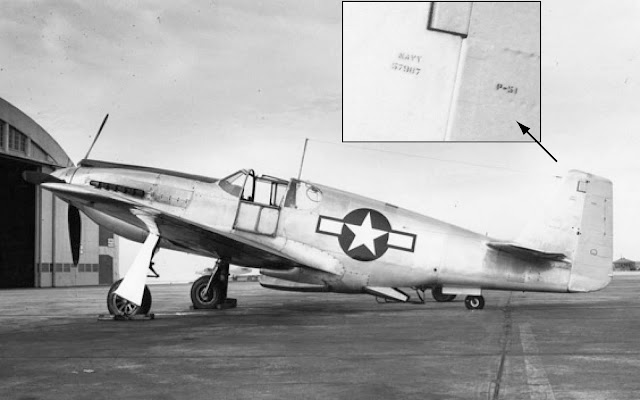 Note that the inlet to the belly air scoop has an opening that can be varied in area.
Posted by Tailspin at 7:41 AM