Another recycled IPMS Tailhook Topics column. Boyd Waechter drew the illustrations. (The tailhook should angle downwards a bit rather than being parallel to the bottom of the fuselage - see the last picture.) 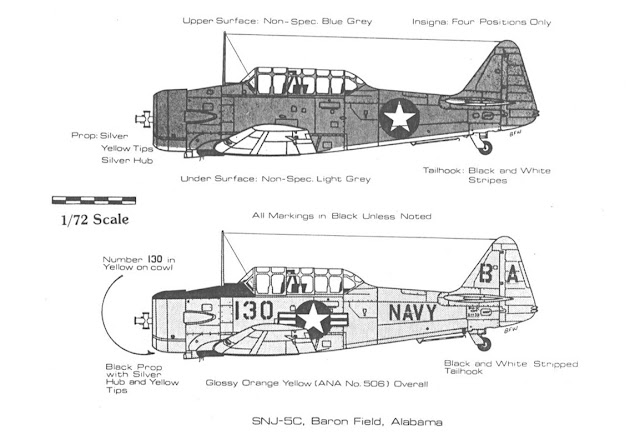 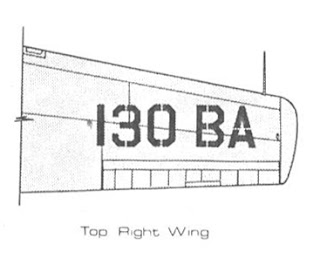 The addition of the C to the designation reflected the incorporation of carrier capability, minimally so in this case. The only significant changes were the addition of a tail hook and a protective fairing in front of the tail wheel. 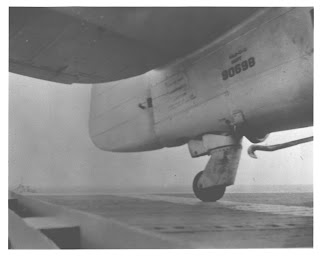 The SNJ-4C depicted made the first landing aboard Bunker Hill on 21 June 1943. Unfortunately, this airplane ended up on its nose in the crash barrier that same day., an ominous beginning for CV-17. It was painted in the standard mid-1943 camouflage of blue gray over light gray feathered together, with the national insignia in four positions only.. This aircraft also had a .30 caliber machine gun in the nose and another in a tail gunner installation in the aft cockpit. There are photos of this airplane in the Winter 1969 Aero Album.

The SNJ-5C illustration is typical of the markings when used to qualify Naval aviator trainees in carrier takeoffs and landings aboard—for example, Monterey (CVL-26)— through the mid-1950s when they were replaced by the T-28C. The nose gun installation was faired over. 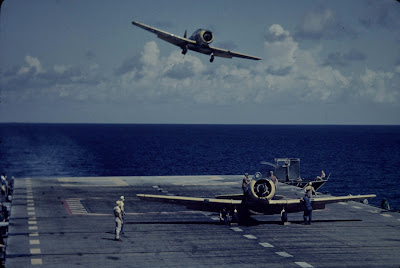 "DONT STALL" was stenciled in red on the fuselage just below the cockpit sill on some aircraft (note also the interior green turnover structure and that the canopy frames are not yellow). 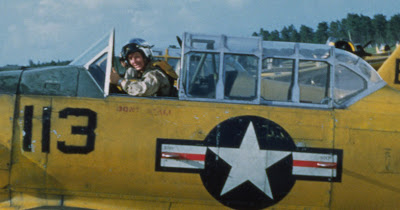 At the time, the carrier approach was made just above stall speed without an angle of attack indicator for reference. Stalling was, of course, a very bad thing... 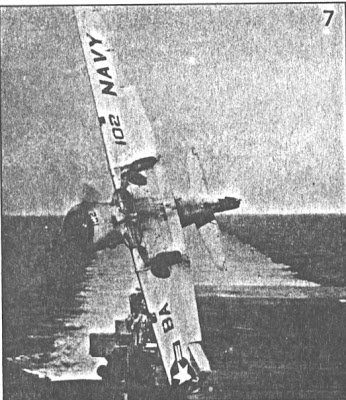 It would be hard to overdo the weathering...

Note also that the letters and numbers are stenciled on without much attention to sharp edges.
A set of detailed pictures of a fantastic SNJ-5C restoration can be found HERE.
Posted by Tailspin at 6:35 AM