For the best single reference on F8U-1/2 configuration differences, buy Squadron Signal Publications Walk Around Number 38, F-8 Crusader by Ed Barthelmes. It includes details that I hadn't noticed or knew about, copiously illustrated in color.

For a summary of Crusader armament changes, see http://thanlont.blogspot.com/2013/03/a-brief-history-of-f8u-crusader-armament.html

This is another work-in-progress. I got a request for this particular one and since I had done some work on it, I've decided to post it and perfect it later. For a bigger picture, click on it. 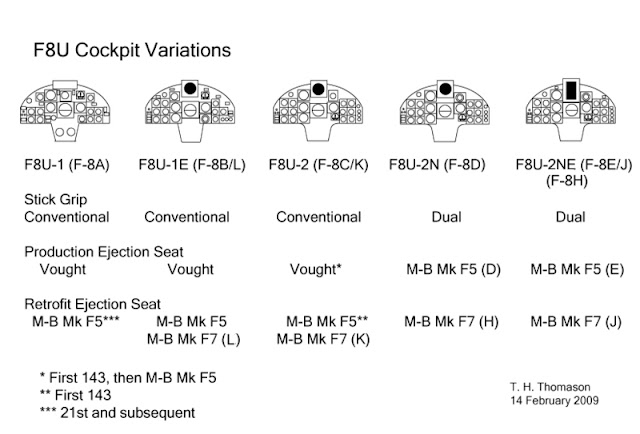 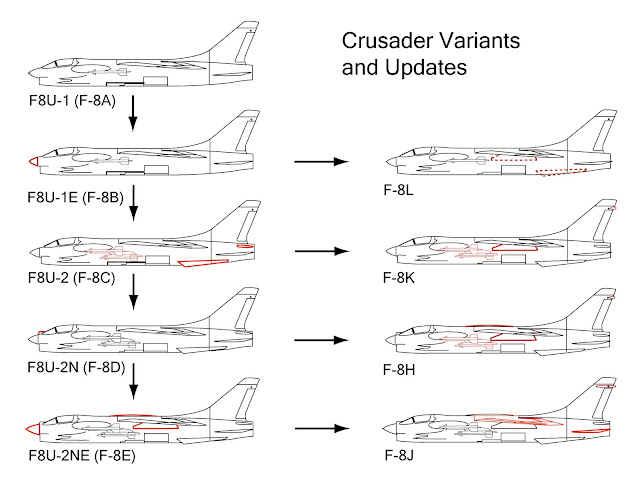 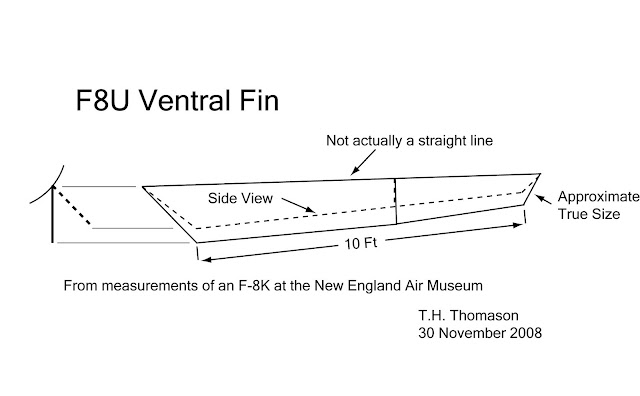 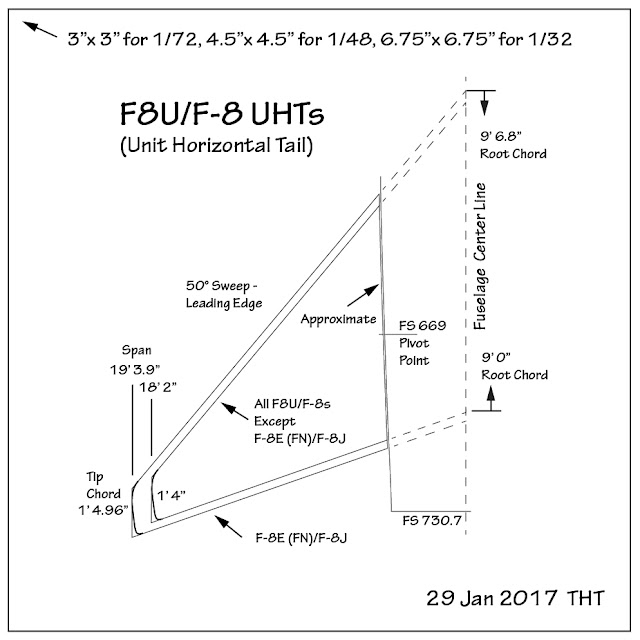 The solid nose wheel was introduced with the F8U-2N (F-8D) and retrofitted to earlier production Crusaders as they came through overhaul, so there isn’t anything like a BuNo (other than 147037 and sub) or date certain that can be used. There are also examples of Es and possibly even NEs with the spoked nose wheel, but these are almost certainly shore-based airplanes taking advantage of built-up spares.

Here are pictures of the early spoked nose wheel hub: 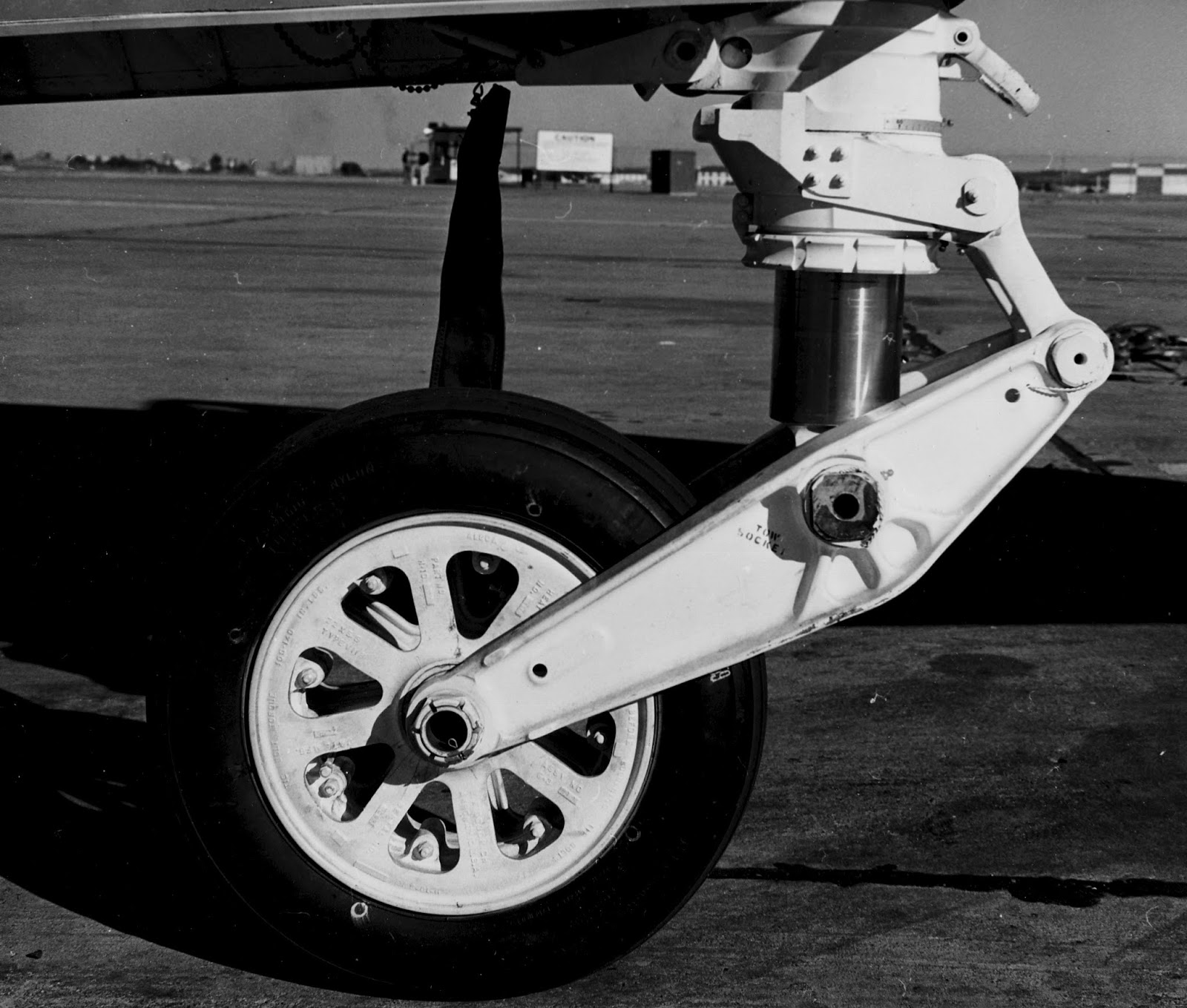 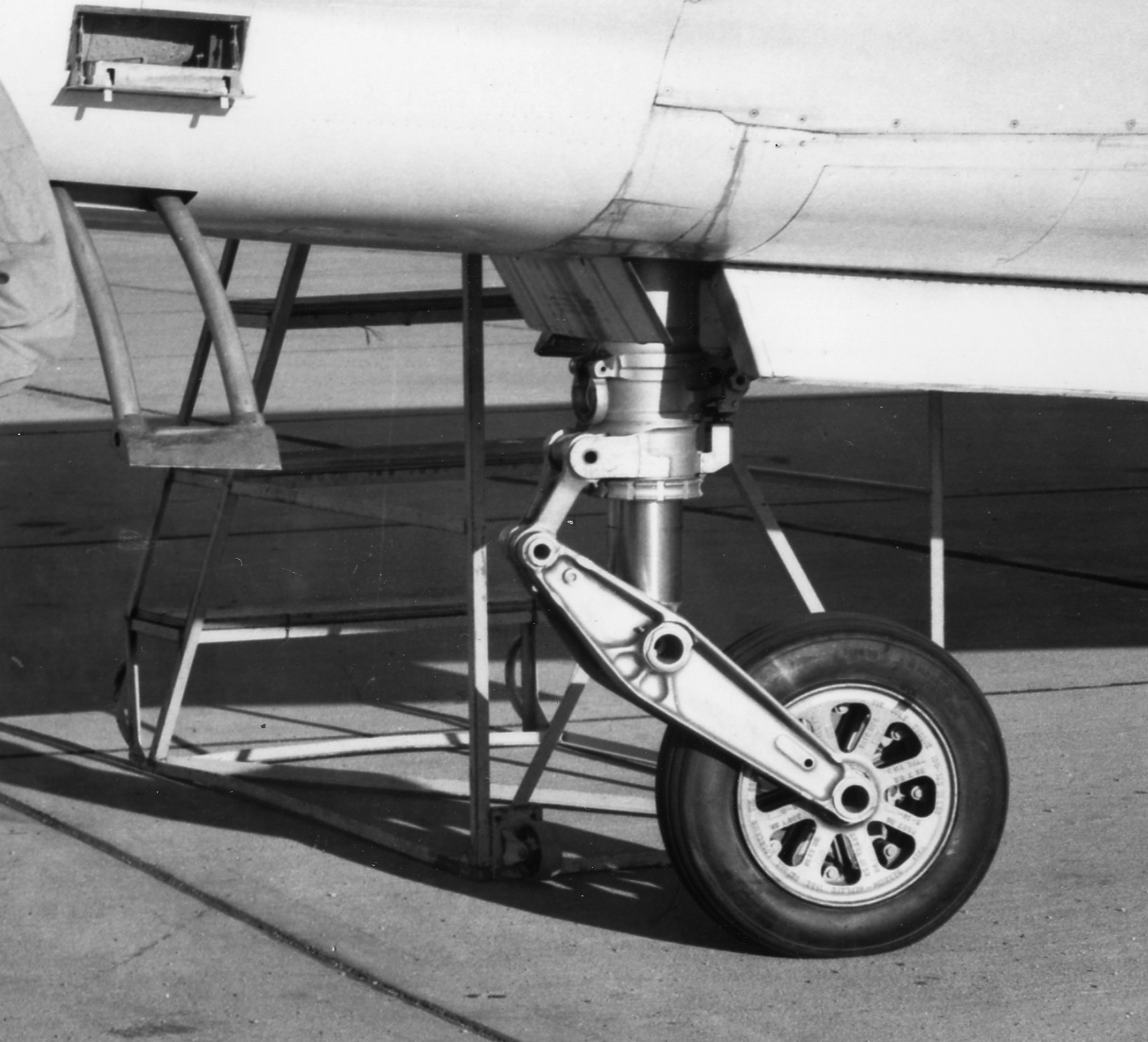 The tendency of an F8U to land on the nose wheel, particularly after an in-flight engagement, may be why the Navy went to a solid hub nose wheel. One of the tenets of good design is that you don't make something relatively cheap and easily replaceable so strong that instead of it breaking in an overload situation to relieve the load, something else does that's expensive and/or very hard to replace or repair. 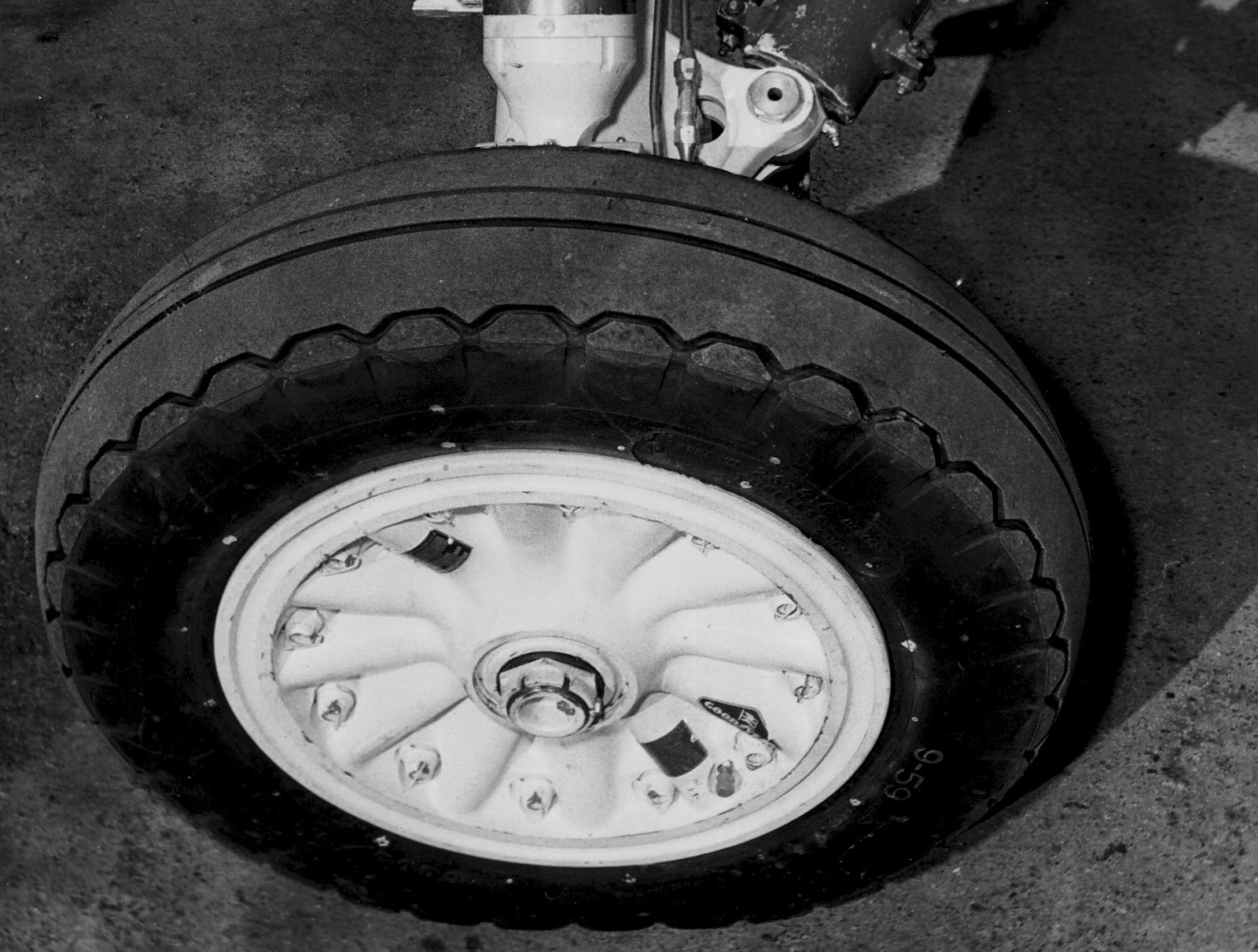 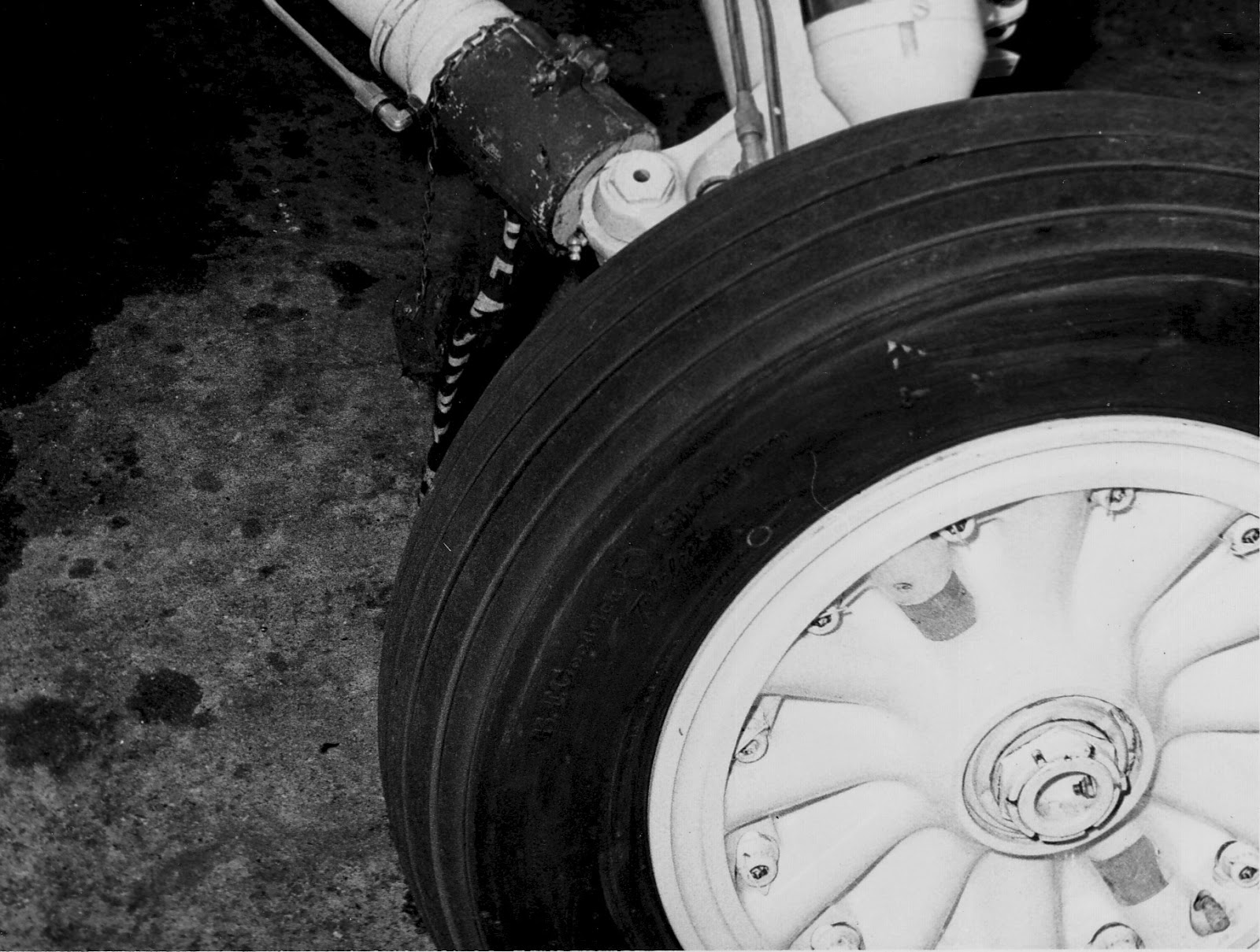 According to my notes, the Sidewinders and refueling probe were added to 143701 (F8U-1 production #66) and subsequent. Note also that the spoilers for better lateral control weren't added until 143771 (#136) and sub.

Also the small inboard flap was incorporated on production #17 and sub, although this and probably the refueling probe/Sidewinder and wing spoiler installs were retrofitted to at least one of the early aircraft for test and evaluation purposes. (e.g. BuNo 1440446 had the inboard flap for the carrier trials on Forrestal in April 1956) 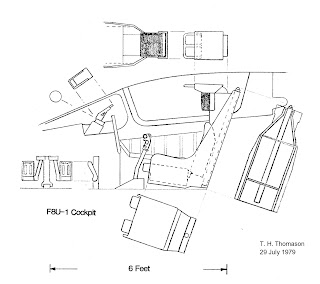 Tom (Superheat) Weinel did some great work on describing and depicting the differences between the various F8U models and modification. This is one of his illustrations. 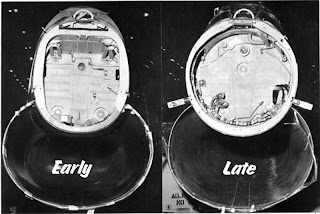 One unusual feature of the four-Sidewinder installation is that none of the missiles are mounted at the same angle in order to clear its partner on the Y-mount as well as the in-flight refueling probe on upper left side and the ram-air turbine on the lower right. Some kit manufacturer haven't gotten this right. Bill Gilman reports that Academy did with its 1/72 F8U but neglected to provide adequate instructions as to which pylon went where. 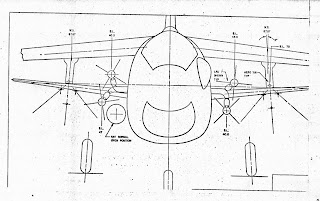 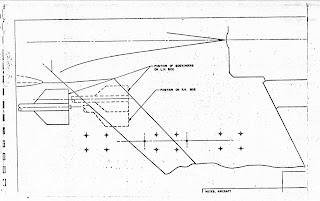 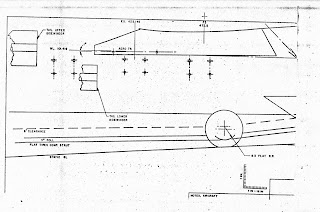 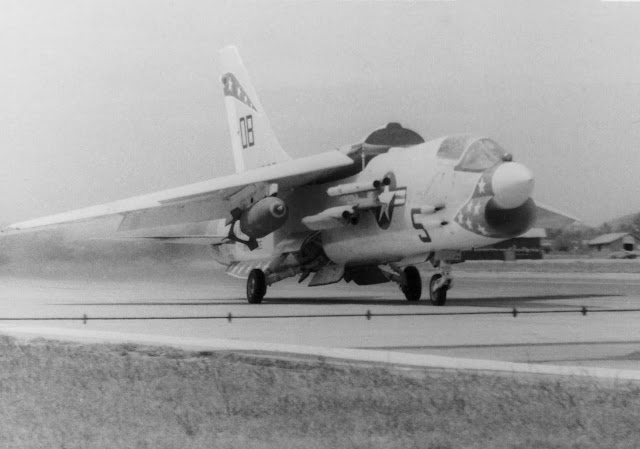 The F8U-1P/RF-8 wing, empennage, and fuselage from the main gear wells aft was basically the same that of as the F8U-1/F-8. The RF-8 was a little over three inches longer than the F-8s with the small radomes but only because of the pitot sticking out over the nose. The fuselage ahead of the wing and below the cockpit was modified to introduce more of an area rule effect and provide flat surfaces for the camera windows. As a result, the inflight refueling probe was now housed entirely within the fuselage and the fairing above the forward part of the wing was deeper and wider. The nose cone changed as well to incorporate the periscope window and the pitot. 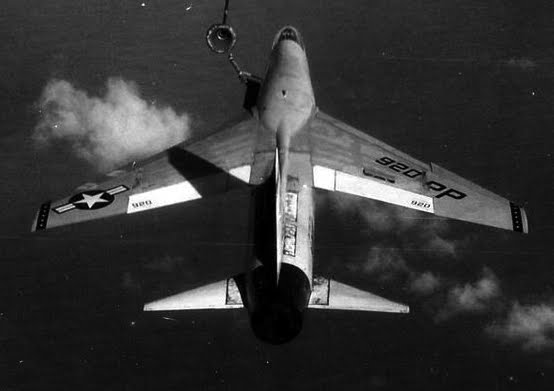 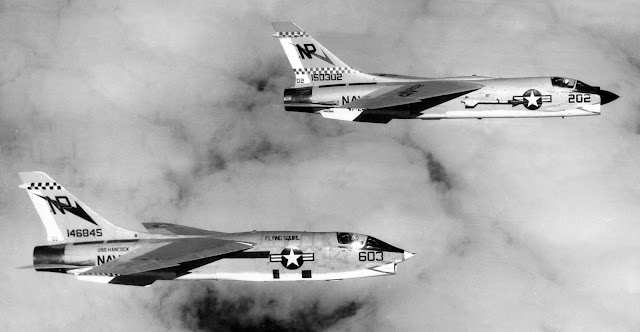 For more on the photo Gator, see http://tailspintopics.blogspot.com/2013/12/photo-gator.html
Posted by Tailspin at 6:55 AM