24 January 2017: Updated with additional information and a photo. Also see this earlier post on the Auxiliary Flap: http://tailspintopics.blogspot.com/2014/09/f-111-auxiliary-flaps.html 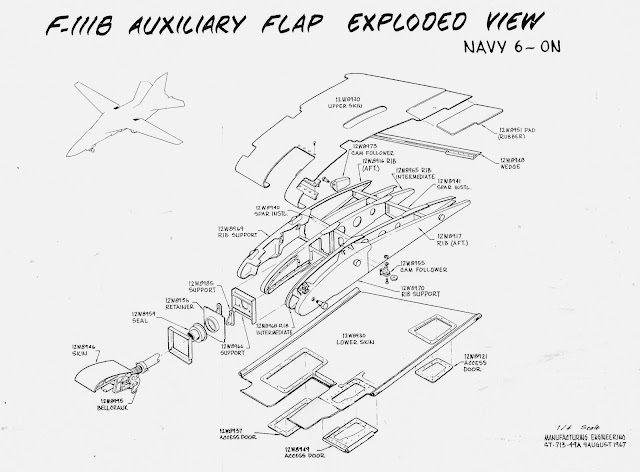 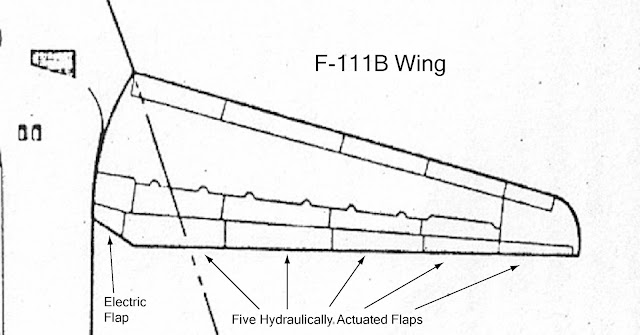 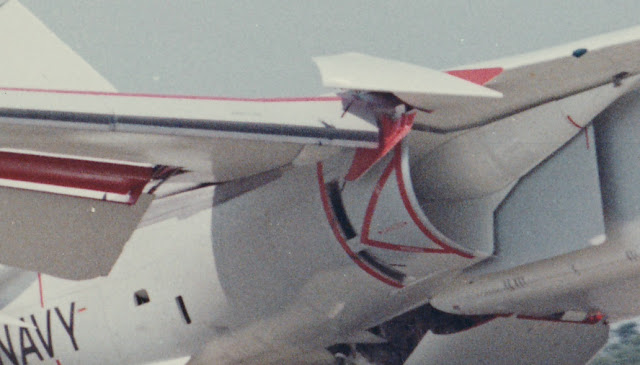 And best of all, Patrick Flohe provided the following closeup of the auxiliary flap lowered on an F-111A. Note that the upper surface is not skinned as shown on the F-111B illustration above. 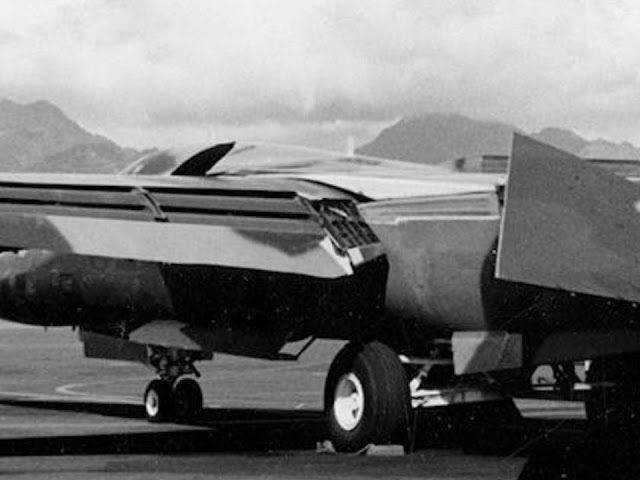