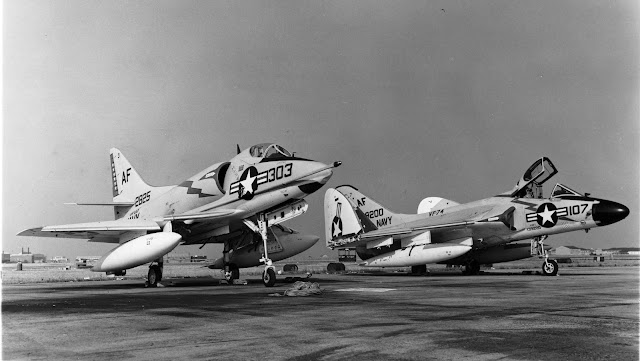 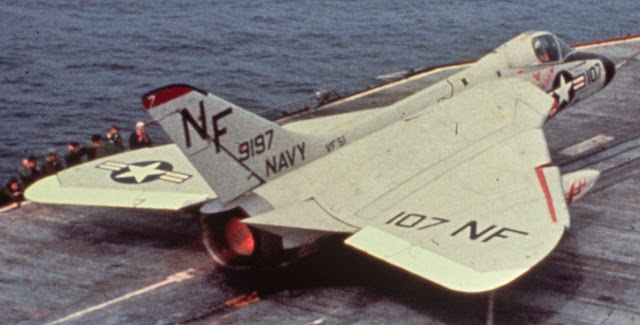 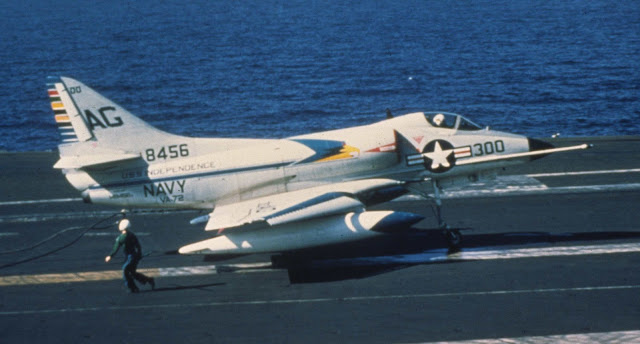 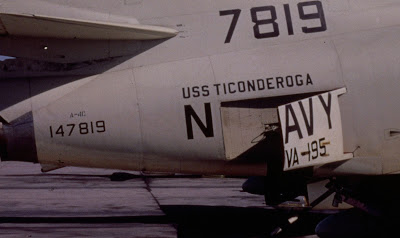 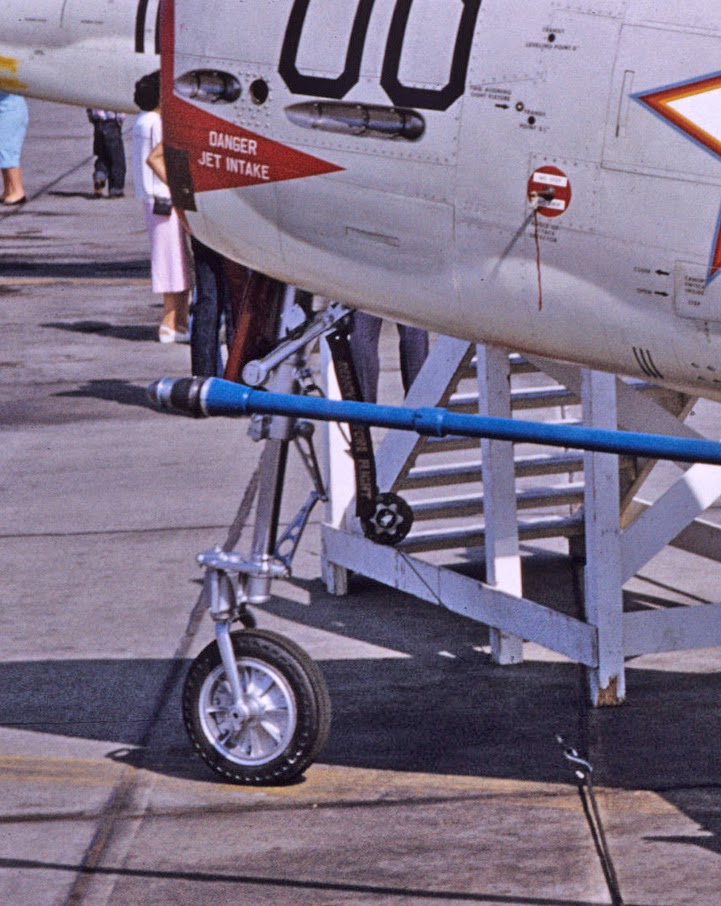 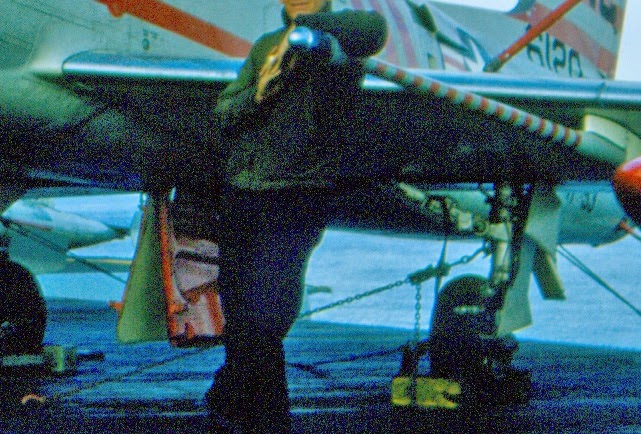 * Rick Morgan reminded me of a reason, maybe the reason, for all that red: "When I was in TRACOM we were told that the red edges to door was so that you could quickly see if one wasn’t seated properly in flight, usually while checking a wingee with an unsafe ‘up’ indication. The red under the slats also helped determine that they were deploying properly as you slowed down; an A-3 with a stuck slat could be catastrophic;  you really had to pay attention to them while slowing down... Likewise red speed brakes were great indication that they were moving (always exciting when lead forgot to warn you while descending a section in weather) Never thought over-all red was a good idea; it made hydraulic leaks harder to see."
Posted by Tailspin at 11:53 AM