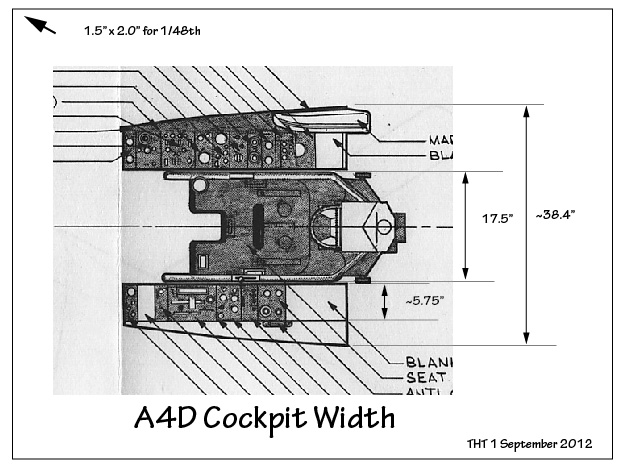 In the A4D, the weight penalty of the thicker than structurally necessary skin was somewhat mitigated by the fact that it did not require the use of longitudinal stringers in that area, which also minimized the width of the fuselage.
Posted by Tailspin at 9:24 AM