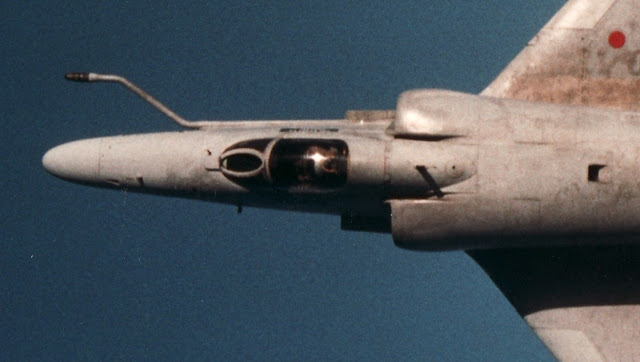 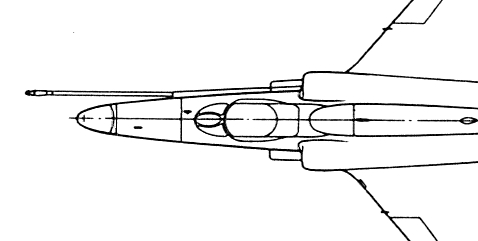 In this case, you can see the crease of the start of the bulge. Its begins at the panel line that cuts through the aft end of the inlet warning triangle. The change in contour, which is normally very hard to discern, then angles up and forward on the inlet so that there is no bulge at the top. A similar crease is probably present on the lower half of exterior of the inlet but isn't evident here.
Posted by Tailspin at 2:35 AM