There appears to have been an early implementation of the concept at the Navy's Norfolk, Virginia aircraft rework/repair facility which differed from the more generally accepted approach with respect to the amount of light blue versus dark on the side of the fuselage. The most obvious difference is the demarcation of the dark blue extending upward from the wing on to the side of the fuselage. In what I call the Norfolk scheme, 1) the width of the dark blue area narrows above the wing instead of expanding forward and aft and 2) less of the top of the fuselage is dark blue. This F4U Corsair is an example:

Compare the above to the factory scheme on this F4U-1A: 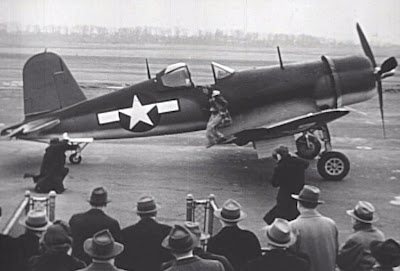 The Norfolk scheme on a TBF: 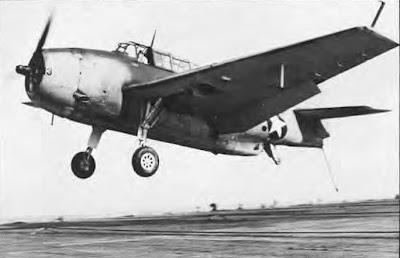 (Note: this picture is sometimes captioned as representing one of the Atlantic ASW schemes. I don't think so - see http://tailspintopics.blogspot.com/2011/09/world-war-ii-asw-schemes-versus-norfolk.html)

This is the approved TBF/TBM scheme for new production:

The top color does not extend down to the wing.

There are pictures of just about every carrier-based airplanes in the Norfolk scheme variation: 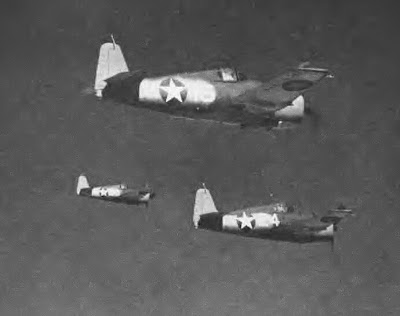 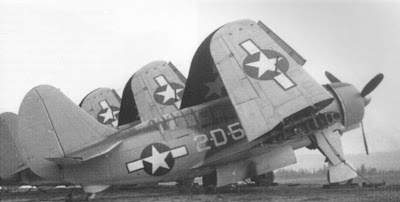 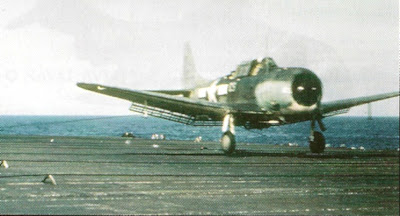 Note that aircraft in this scheme lasted through the various national insignia changes that occurred through July 1943. However, the attrition of carrier-based aircraft combined with the overhaul of survivors resulted in this scheme disappearing very quickly. Here is a picture of Norfolk-scheme Hellcats aboard Yorktown along with one in the better known tri-color scheme: 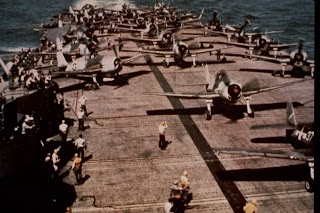 This air group features Avengers in three different schemes. Also notable is the thin white stripe running up the cowling, which appears to be an aid for lineup during a torpedo attack. 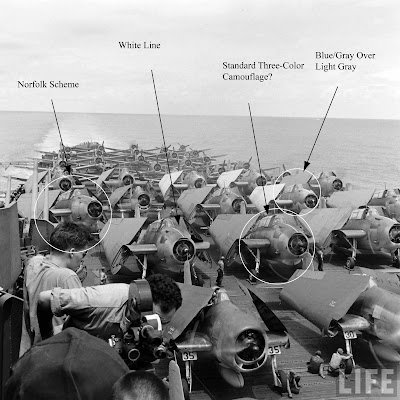 These two SBDs provide a comparison of the Norfolk scheme and either the factory scheme or a tricolor repaint elsewhere. Note that the Norfolk scheme seems fresh and the "production" one, faded or at least more subtle in shading.