Michael Rieth subsequently provided me with illustrations of his more detailed assessment of more notable shape errors in the kit in addition to the upper inner wing interface with the fuselage, which is excessively bulged upward, and the shape of the inlet.

Both the upper and lower wing engine fairings are misshaped, the shortened upper likely forced by the high inner wing contour. 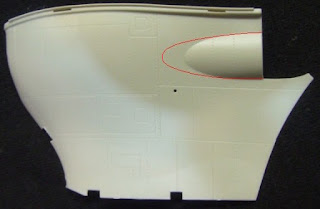 A true bottom view of the lower fairing is not available, either as a McDonnell drawing or a photo, but there are good enough photos to establish that the Kitty Hawk interpretation is incorrect. 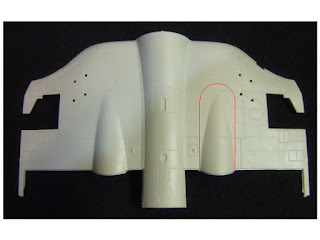 To check my observation that the inboard pylons were not staggered, Michael overlaid a photo of an F2H-3/4 inner wing (identical in this regard) to confirm that the Kitty Hawk pylons (red outlined squares) are incorrectly staggered and the inner one is slightly too far outboard, although it appears to be correctly positioned longitudinally. 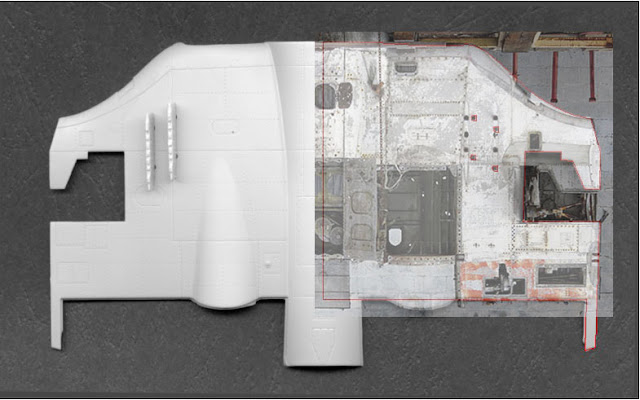 However, what becomes obvious from this overlay is that the inner main landing gear doors are oversized, extending too far forward. 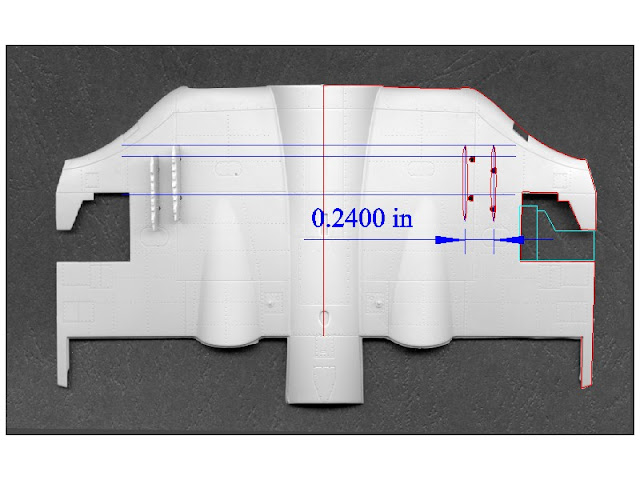 The kit doors also don't match the incorrect kit wells, so building the model gear up and rescribing the outline of the wells involves some additional work. 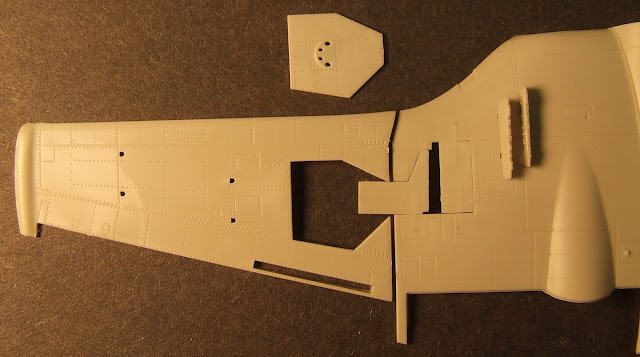 The Hawk kit, deemed by some to be superior in shape to the Kitty Hawk offering, has its pylons even more out of position and the main landing gear well may be, although that could be due to the kit part being at an angle to the camera in the following comparison. 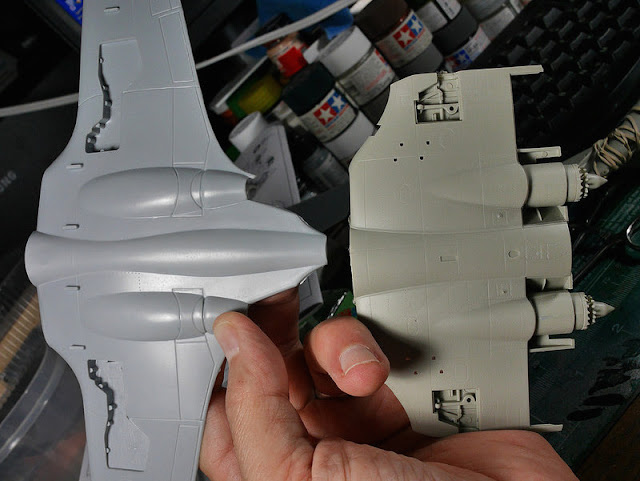 The significant lateral indentation of the bottom of the fuselage of the Hawk kit toward the front of the wing inner section is also incorrect. The Kitty Hawk kit is more accurate in this regard.